What We Learned in the First Week of OWL Playoffs 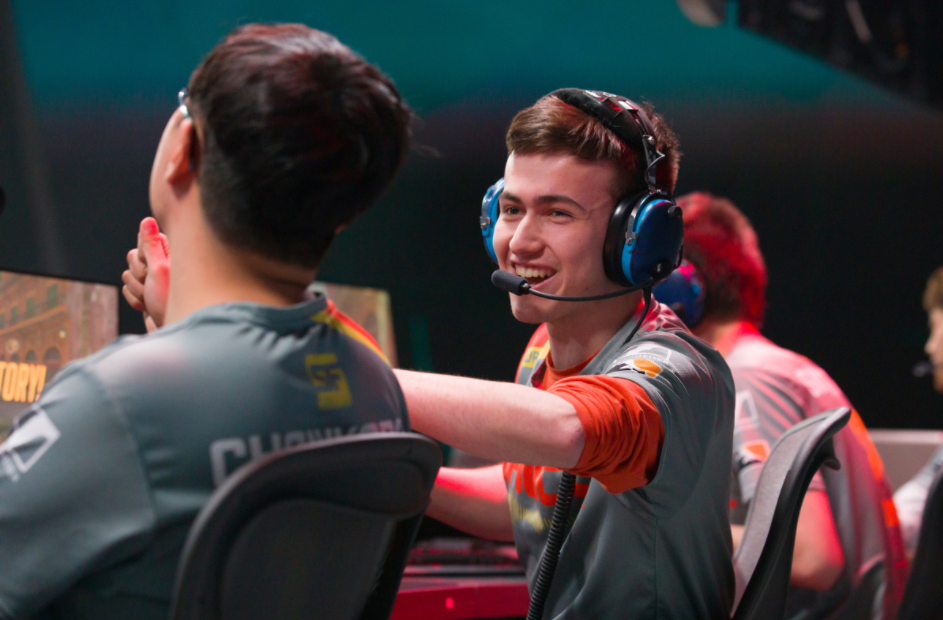 The OWL playoffs kicked off with a weekend filled with dramatic finishes and more than a few surprises. (Photo Courtesy Robert Paul for Blizzard Entertainment)

The opening weekend of the Overwatch League playoffs was a trial by fire. After a season dominated by double shields, a new patch rendered much of the year’s experience irrelevant aside from the seeding that it gave to each team. Teams had to rely on their early reads on the meta and their ability to adapt on the fly. Those that were slow on the uptake saw their seasons come to an end.

Last week was all about quickly establishing a style and executing well. Between the new patch and an unforgiving format, counterplay was a bit of a rarity. Now, the 10 remaining teams at least have a week of gameplay to review. Those that can quickly identify weaknesses, clean up their coordination, and add new wrinkles to their strategies will be the ones to emerge from the fray. With that in mind, let’s take a look at some of the big picture lessons from last week – with an eye towards how they help us understand Week 2.

The Meta Is Still TBD

For anyone that’s been watching the OWL for some time, this shouldn’t come as a surprise. The first week on a new patch always brings an expected level of parity in hero usage. This playoff patch is no exception, with just over half the roster cracking 10% play time. Still, the meta has started to take shape with a couple of major archetypes taking center stage.

The most common has been a style based around five core heroes: Winston, D.Va, Lucio, Moira, and Sombra. The composition operates as something of a hybrid between traditional dive and the brawl comps that were prevalent to begin the 2020 season, with Tracer and Reaper slotting into the final DPS slot depending on the map and team preference. 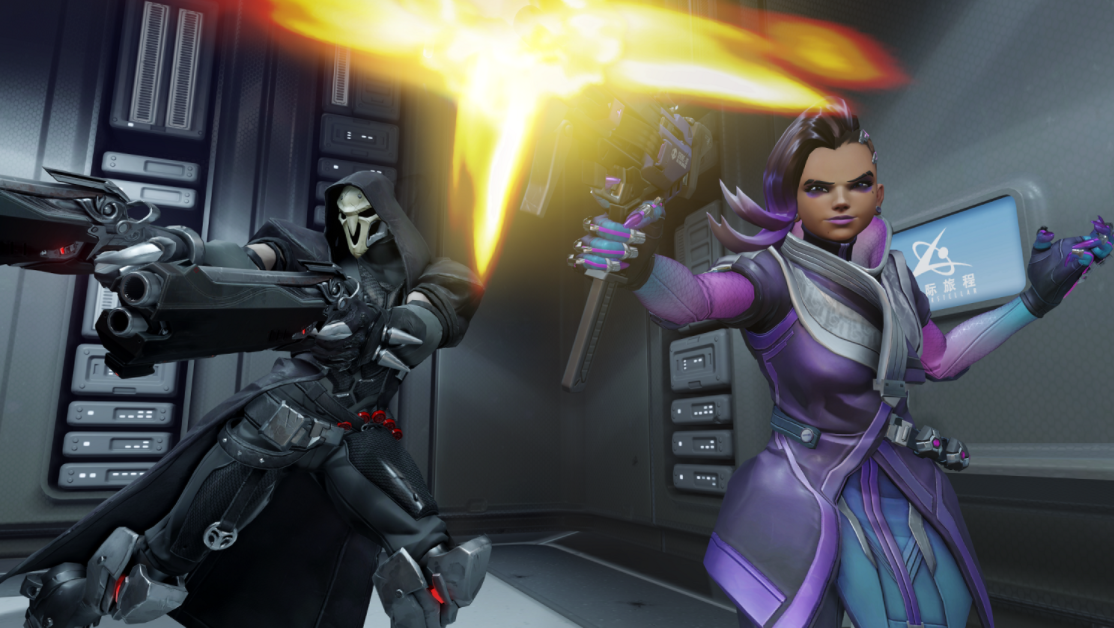 The more unorthodox approach has been to operate with a Roadhog in place of a traditional main tank. Following the demise of double-shield and some damage buffs, Overwatch’s hook hero has entered the pro meta for the first time since Stage 4 of last year. Whether it’s Washington’s style that leverages the power of Gui-woon “Decay” Jang’s Zarya or the Dynasty’s Pig’s Feet comp with Sigma, every variation of these comps feature Roadhog acting like a main tank. The threat of his hook alone is enough to create space for a rotating crew of DPS picks like Ashe, Sombra, and Pharah.

There were a few exceptions – Chengdu forcing Wrecking Ball, New York’s poke-based looks with dive tanks, and Atlanta’s steadfast commitment to Reinhardt rush comps – but most teams fall into one camp or the other. Only San Francisco and Guangzhou have really tried to tackle both styles so far.

The two styles present an interesting dichotomy. The Roadhog comps rely immensely on individual skill in the form of hooks, headshots from Ashe or Widowmaker, and Zarya carrying chaotic teamfights. The dive style values coordination above all and necessitates a team on the same wavelength. Both styles are viable, at least right now in the early days of this meta, but things can change rapidly in this chaotic landscape.

Last week was something of a pop quiz for these OWL teams, testing which ones had found their style quickly and gotten the basics down. This time around, everyone has the chance to add some nuance and specifically gameplan for their opponents. The teams that can take advantage of that opportunity will be the ones with a shot at moving on.

The Justice Are Legit

The story of the OWL playoffs so far has clearly been Washington’s meteoric run from the lowest rungs of the NA bracket. The chain of events that got them here are enough to suggest the influence of some cosmic entity and would confirm that they are a Justice fan. It starts with a disgruntled superstar, involves late-season rule changes, lines up with a wild playoff patch, and winds up with an abysmal regular season team coming up one map short against the returning champs.

By all rights, Washington probably shouldn’t be here. And yet, here they are, picking up three sweeps in four days while pushing San Francisco to the limit and knocking out NA’s third seed in convincing fashion. No matter your opinion on how they got here, the Justice are making the most of their opportunity.

For Washington, everything starts with Decay. He is the focal point that this team has been missing since the departure of Corey “Corey” Nigra earlier this year. He steps into a familiar role with the Justice, picking up the Zarya that he piloted with the Gladiators last year during the GOATs meta. His mechanics and decision making remain top tier, but Justice also benefit greatly from the removal of one of their worst performers, Chang-hoon “rOar” Gye. 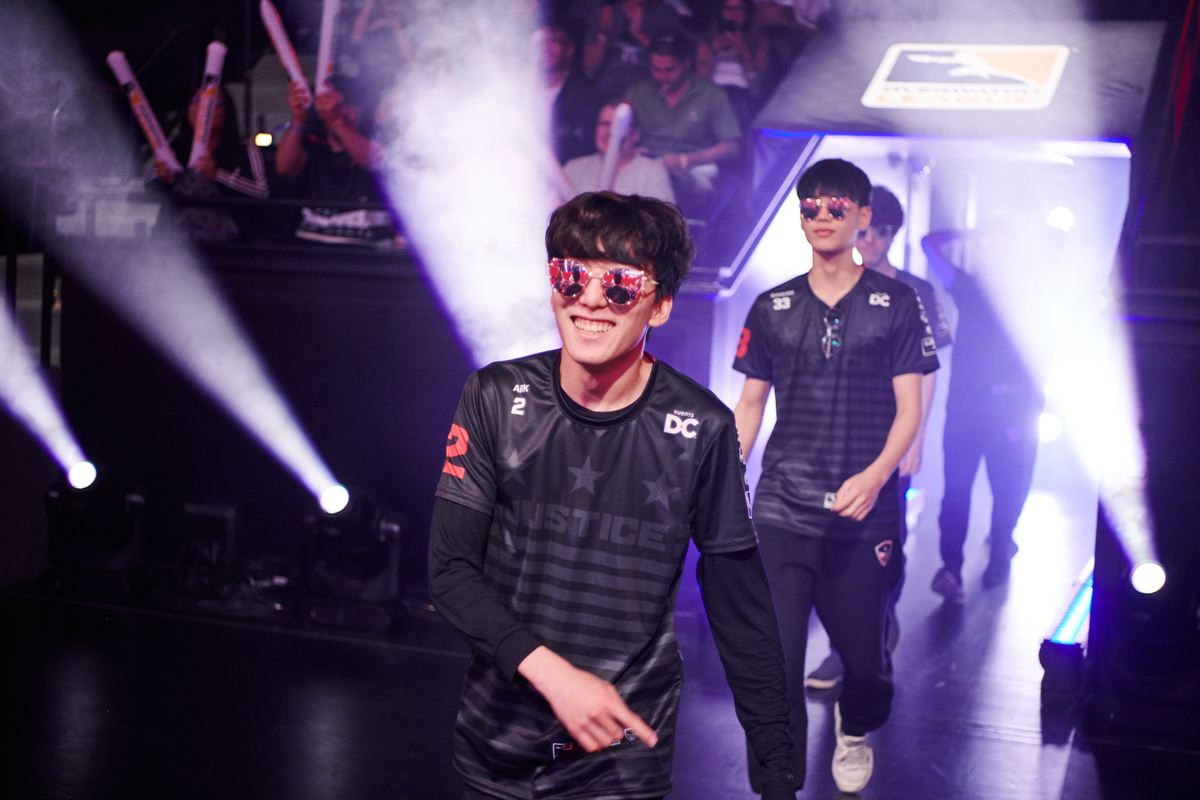 Washington’s OWL turnaround can’t just be attributed to Decay though. Every player in the lineup has stepped it up massively in the postseason. HyunWoo “JJANU” Choi has been among the league’s top Roadhogs and has rediscovered the form that made him an MVP candidate last year. Minseok “Aimgod” Kwon and Yeonjun “ArK” Hong are excelling on their comfort picks. Hoseong “Ttuba” Lee is doing the dirty work on Flex DPS and dominating when he gets to play Pharah. Chunghee “Stitch” Lee, after two years of mediocre play, looks like a brand new player, rising to the occasion on Ashe.

Something about this composition just clicks for the Justice and they have the pieces to make it work. They’ve committed fully to a style that few other teams can match, and it seems unlikely that they’ll go away from it given their roster.

Now all that remains is to see if their opponents this week can find an answer. If anyone can do it, Michael “Packing10” Szklanny and the Valiant are a good bet, but they haven’t been tested against a Roadhog team yet. Is a week enough time to solve the Justice or will Washington just keep going places they shouldn’t?

All that being said, it would still come as a surprise to see the Justice emerge from the North American bracket. All year long, it’s been the Shock and Fusion at the top, competing mostly with each other for NA OWL supremacy.

As the end draws near, it’s still those two duking it out in the OWL Winner’s Bracket Final. The victor moves on to the top 4. Loser faces all the pressure as they drop down to face whoever can run the lower bracket gauntlet. Whoever does drop down will still be heavy favorites to make it out, but neither team wants to face elimination even once.

Normally, San Francisco would be the safe bet, but they haven’t been their peak selves so far in playoffs. They’re always capable of flipping that switch though, especially in a high stakes match against a rival like the Fusion. Last year, they turned it on after a shaky first playoff outing and never looked back. After a week of reviewing footage and refining their understanding of the meta, the Shock will be much more terrifying than their performance suggests. 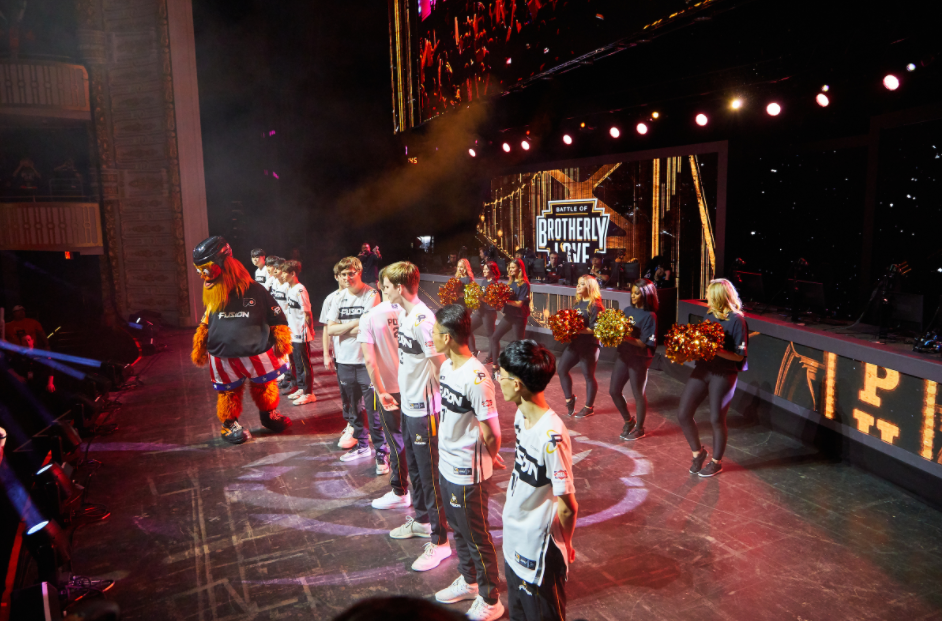 For their part, the Fusion have done literally everything anyone could have asked of them. They figured out an effective style in this meta and have utterly dismantled both teams put in front of them. Neither the Gladiators nor the Valiant really made for challenging competition, but the Fusion have been the cleanest team in all of the playoffs so far. Even if they can’t get past San Francisco, they should be a lock for top 4.

Over in APAC, the Shanghai Dragons have been the lone juggernaut this OWL season. No one has really approached their consistency or their peak performances. That still appears to be the case after their first playoff match. It wasn’t alway pretty but they took care of business against a rejuvenated NYXL, who look scary in their own right.

Shanghai’s experience on Sombra dive comps makes them the overwhelming favorites to grab APAC’s top seed, but Seoul have showcased the best Roadhog comps in Asia. It’s gonna take a Herculean effort to dethrone the Dragons, and it’s unclear if the Dynasty have it in them

Seoul and New York Have Turned Back the Clock

When Seoul announced their 2020 roster, they were criticized for transplanting the core of the former London Spitfire roster that had broken down last year after winning the league’s first Grand Finals. Yes, the players – Jaehui “Gesture” Hong, Junyoung “Profit” Park, and Seungtae “Bdosin” Choi – were talented, but it was unclear if they were bringing London’s problems with them.

After two straight sweeps to open the OWL playoffs, the Dynasty are starting to resemble the Spitfire, but not last year’s failed runback. They take after the 2018 version, the one that saw a talented but inconsistent team find their stride with a playoff patch and go on an incredible run to a title.

Seoul haven’t been tested by a great team yet, but they have the makings of a dark horse. They play a unique style with the Sigma-Roadhog tank duo. They have talented stars popping off in Gesture, Profit, and Dong Eon “Fits” Kim. Their role players like Jinmo “Tobi” Yang and Youngwan “Creative” Kim are playing their best Overwatch of the season. Everything is aligning, now they just have to repeat history. 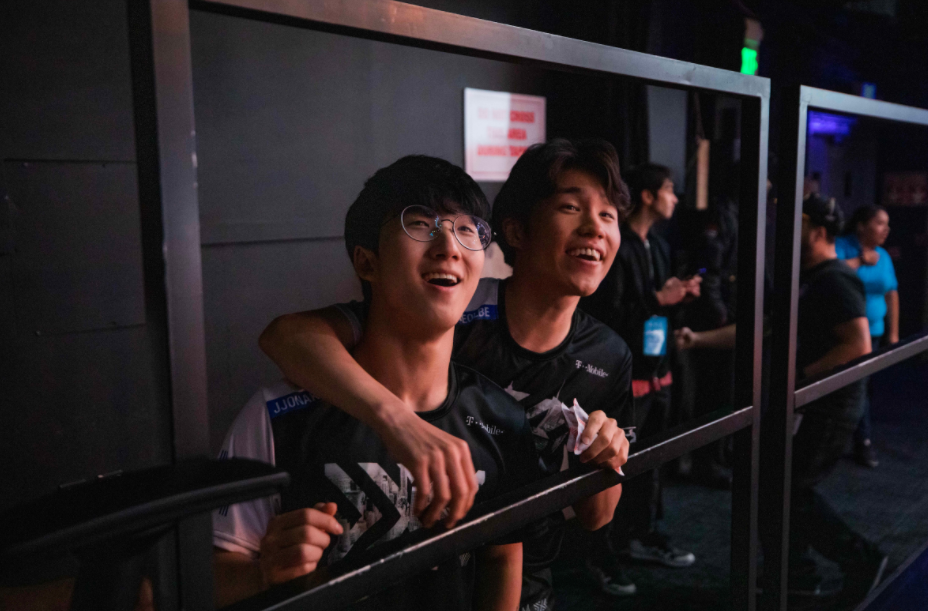 New York are in the midst of their own renaissance, albeit with some new names on the roster. Hyojong “Haksal” Kim and Hong-Jun “HOTBA” Choi weren’t around in 2018, but everything else is strikingly similar. Dive tanks are back in the mix. Jong-Ryeol “SAEBYEOLBE” Park is back in the lineup, picking Tracer and a mishmash of other hitscan threats. They’ve even been able to get SeongHyun “JJonak” Bang onto his MVP Zenyatta when the map allows him to sit back and pump out damage safely.

The Excelsior have some issues to solve – some awkwardness from Haksal on Sombra and their strange, directionless comps with Dong-Gyu “Mano” Kim on Wrecking Ball – but they have to feel good about taking Shanghai to five maps. If they can add the Sombra-Reaper dive we’ve been seeing in North America to their repertoire, they could be the favorite to take APAC’s second seed. If they can make it past Guangzhou, a date with Seoul and a 2018 mini-reboot awaits them.

The OWL playoffs continue on Friday, August 11th at 3:00 p.m. ET as the Atlanta Reign take on the Florida Mayhem in the Loser’s Bracket.