What We Know About Riot’s Project A 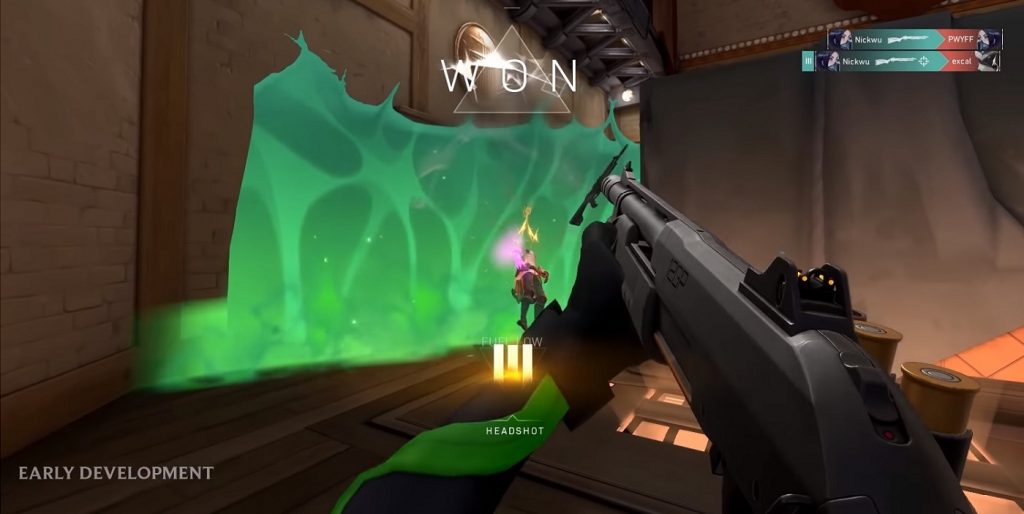 In celebration of Riot Games’ ten-year anniversary of flagship title League of Legends, the company unleashed a hailstorm of teases and previously unannounced projects into the public, setting the gaming community ablaze. Among the flurry of new releases and upcoming installations was the developer’s first foray into the FPS space with its impending tactical shooter game dubbed “Project A” to be released for PC.

According to Riot, Project A is the company’s take on a “character-based tactical shooter set in a near-future Earth.” The tweet was the first bit of information put out publicly by Riot around Project A, with a more thorough video that followed. Although the initial information was minimal, only accompanied by a snapshot of the title’s gameplay, it was enough to stir up quite a bit of discussion around its arrival. The news of Project A evoked response from a number of esports enthusiasts and even FPS professional players such as Counter-Strike’s Nicholas “nitr0” Cannella, Mason “Neighbor” Cobb of Halo and former Houston Outlaws player, Lucas “Mendo” Håkansson.

So what’s so tantalizing about Project A, you ask?

Competitive PC shooters are a hot commodity on the market – they serve a much larger FPS umbrella group of players, but can vary greatly in between titles. Although, as we look at the more bonafide competitive FPS titles for PC, it’s clear there is a deficiency of great arena shooters – a gap it seems Project A aspires to close.

More cut and dry is that the tactical shooter is being developed by the superteam behind the most popular game in the world. Not only has Riot proven to be one of the most intuitive and progressive developers of an esport, they have been incredibly nurturing to League of Legends, helping it reach the heights it has today. Needless to say, the team’s support on a campaign as prospectively bright as Project A is a tantalizing thought.

What Do We Know?

While the quick snapshot Riot Games gave initially was enough to drum up a storm of enthusiasm, the developers followed up with a brief video discussing Project A a bit more in-depth.

In the video, Project A’s Executive Producer Anna Donlon appears on screen and begins walking us through the game which she describes as Riot’s “take on a competitive shooter.” The new FPS is marketed as having incredibly “precise shooting”, which in the pieces of gameplay shown, is visibly sharp-looking. In shooters, bullet mechanics are either projectile or hitscan: projectile weighs in bullet travel and occasionally bullet drop while hit scan allows a bullet to essentially reach its target as soon as the trigger is pulled. As for Project A, it’s difficult to tell which system the game will operate under – from the looks of it, it’s closer to hitscan.

Similar to Overwatch, Project A will offer a selection of heroes that each boast different abilities as shown in the trailer. While the exact number of characters the title will launch with is undetermined, the kill-confirm notifications on the upper-right of the screen show seven different sprites. The below screenshot of the user interface shows what appears to be four abilities, likely to correspond with each character. 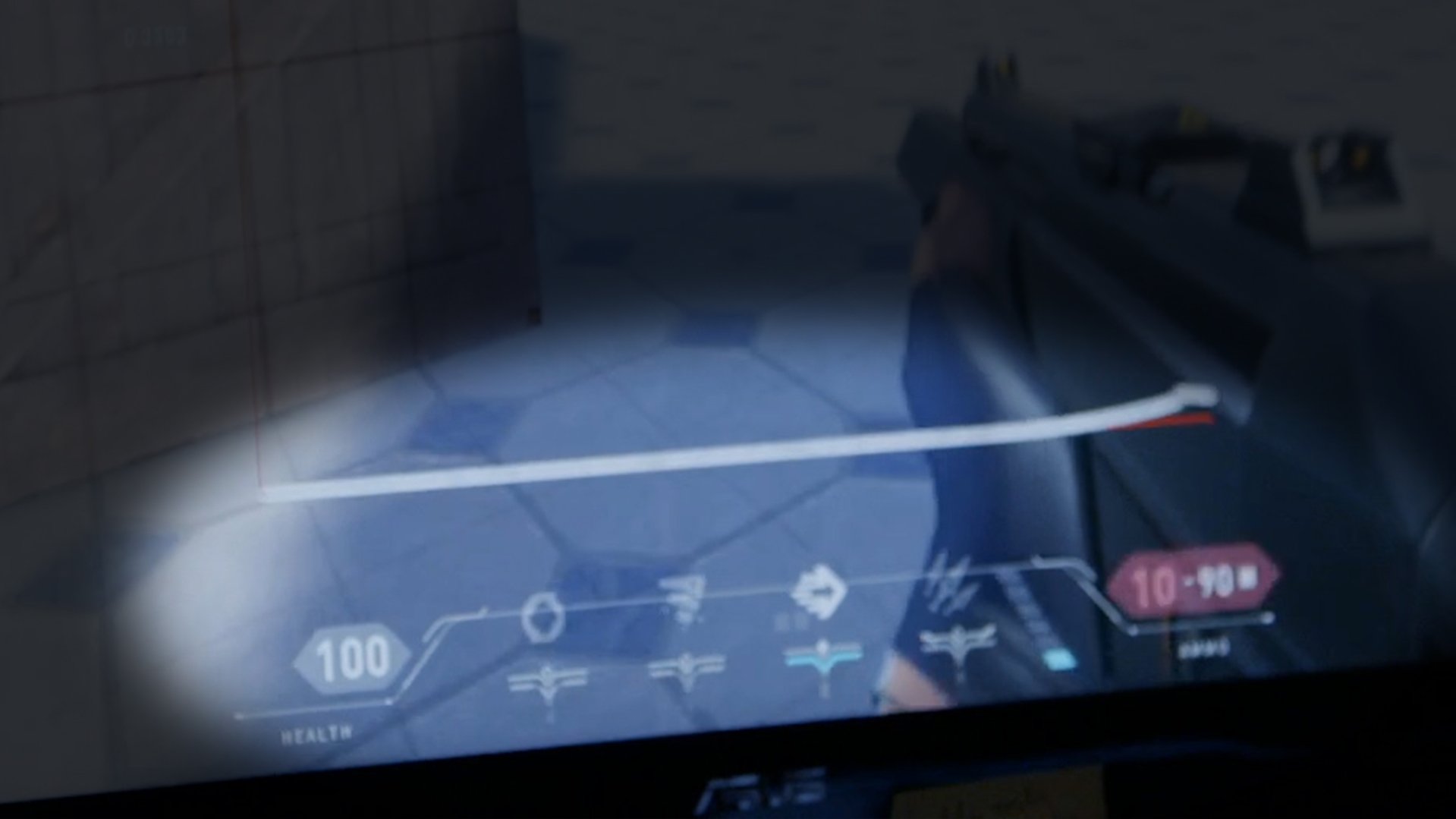 In competitive spirit, Riot Games has promised its fullest commitment to “doubling-down” on key components such as global infrastructure, netcode and peeker’s advantage. With that, a good portion of time was dedicated towards addressing cheaters and hackers – a plague CS:GO has historically been hit hard by. Donlon claims the team behind Project A has put “anti-cheat at the forefront” of its development, and the group will do “whatever it takes to preserve the integrity” of its player’s matches. With that, the video documents what appears to be a wall hack quickly locked down by Project A’s built-in anti-cheat detection – a great element to look forward to.

The development team behind Project A is claimed to be a “crew of veteran developers who have a deep passion and wide range of experience in the FPS space.” And while that team is primarily undisclosed, a tweet indicates one of the members behind Project A’s dev team is Sal Garozzo, a former professional Counter-Strike: Source player for Team 3D and designer of popular CS:GO map, Cache.

As with most attention-grabbing teasers comes a bounty of rumors and speculation – the case no different for Project A. So what are people saying?

Esports consultant Rod “Slasher” Breslau, who is known for having the inside scoop on the game industry, has revealed a few details about Project A. According to Breslau’s sources, Riot’s FPS codenamed Project A is called Ares, a spiritual successor to Counter-Strike. Additionally, it is pointed out through several screen captures that Project A runs on Unreal Engine 4 and features a buy menu similar to that of Counter-Strike. As Breslau claims and Project A developer Garozzo confirms, the game has silently been in development for at least several years.

On February 11th, former professional Counter-Strike player and commentator Henry “HenryG” Greer reportedly spent a day at Riot’s Europe office playing Project A. In a lengthy thread, the CS:GO aficionado revealed his initial thoughts and impressions on the forthcoming title, shedding additional insights into what we can expect.

As thought to be believed based off Riot’s video reveal and confirmed by HenryG, Project A will be a round-based shooter. He mentioned the game mode he had access to was a match round 12 variant, with an A and B bombsite, where teams switch between attack and defense at the half. This closely resembles CS:GO’s current competitive settings, except each half would be 12 rounds, as opposed to 16.

In regards to Project A’s clear inclusion of class abilities, HenryG confirms they are different than “potentially overpowered [spell and ultimate] combinations that other class-based games suffer from.” Instead, the ex-professional Counter-Strike player compares the abilities to “tactical utility”, which in translation would mirror that of flashbangs and smoke grenades in CS. HenryG confirms one interesting element about this – explaining that abilities are purchased with the same economy reservoir as weapons and utility, rather than being earned over time in game. More on the note of economy, players will be able to “partially invest” into rounds with less firepower and basic utility.

On the topic of gun play and mechanics, HenryG was quick to honor them as “super slick and satisfying.” He confirms weapons function as hit-scan, and not projectile; meaning the gun play will be quick and also accurate (within range). Similarly to Counter-Strike, each weapon will have its own unique spray pattern, adding a skill gap to master when it comes to gun fights in Project A. All players will have access to the same arsenal of weaponry regardless of which class they choose. More on Project A’s parallel with CS:GO; HenryG mentioned how, generally, all of the primary weapons are able to kill an opponent with a one bullet head shot.

Project A’s maps were a big point of its discussion, which we saw offer a certain level of vertically to them to make the game a little bit more dynamic. HenryG praised this area of Riot’s new tactical shooter, defining it as one of the “most exciting elements.” Once again, the caster falls back on CS:GO as a comparison, stating Project A has “familiar lanes and choke points” that will likely lead to a similar feel in-game.

HenryG concluded his lengthy Twitter thread, saying: “[Project A] is the best game I have played since CS:GO.”

While the exposé gave us some more juicy ingredients of Riot Games’ new tactical shooter, it also gave us some insights into its methodology in designing it. As Valve did famously with Counter-Strike: Global Offensive when its community was divided between that and its predecessor, Source, Riot is bringing in knowledgeable and experienced players in to test its game. The notion is yet another victory in the hope of Project A becoming everything it’s currently being hyped up to be.

When Do We Play?

Project A might have a lot of us (myself included) wound up over its arrival and potential impact on the esports scene, but don’t expect to get your hands on a copy anytime soon. The most information given around its release was that fans can expect to hear more details later this year. Given Riot’s thoroughness and the fact the game is still clearly in its early development stages, we’re not holding our breath.

Counter-Strike: Global Offensive League of Legends Other
Share
Cody Luongo
An American journalist specializing in business, gambling and Counter-Strike - Cody was a competitive gamer first before starting his career in esports. Competing in several titles including Halo, Counter-Strike and Rainbow Six prior to his career as a journalist where he would go on to write for ESPN, Esports Insider, SickOdds and many more.
Follow me