What to Watch For in the OWL Playoffs 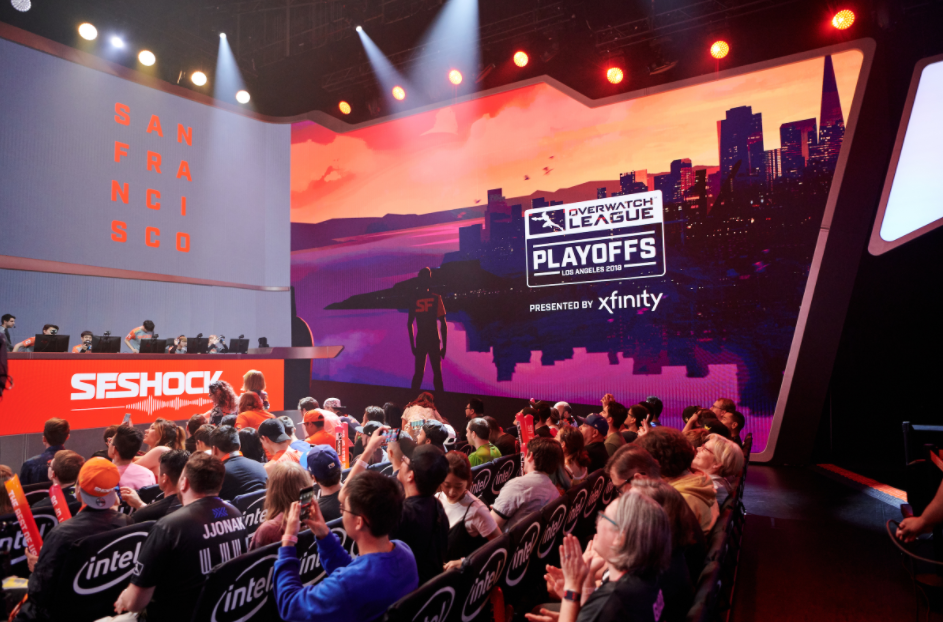 The Overwatch League playoffs get underway this week as all 20 teams start their push towards the Grand Finals. (Photo courtesy Ben Pursell for Blizzard Entertainment)

It’s time. The regular season is behind us, ancient history that frankly has little bearing on what comes next. With every team included and a brand new patch coming into play, past performance doesn’t mean much heading into the postseason. That’s an enticing prospect – a total reset of everything we know about the league and its hierarchy – but it’s terrifying at the same time.

This weekend is sure to be filled to the brim with high-flying action as teams attempt to navigate the chaotic playoff format. Every team will be in action at least once as the league dives head first into its 18-game slate spread across four days. Without further ado, let’s take a look at some of the threads that will define a wild opening week to the 2020 postseason.

This is the question on everyone’s mind. What in the world will these teams be playing in playoffs? When the Uprising and Outlaws kick things off on Thursday, they’ll break the seal on a patch that projects radically alter the OWL meta. Impactful nerfs to Orisa and Sigma should finally move us away from the double-shield comps that have been a staple in 2020. Brigitte took a big hit as well after being the second most played support this year.

So what exactly can we expect to rise from the ashes of the old meta? No one is entirely sure right now, and that might remain the case for a while. The first week on a dramatic update is usually pretty hectic, with teams throwing things at the wall and rolling with what sticks. No one really has the luxury of experimentation given the stakes of the situation, but everyone will still be trying to find what works for them.

The tank line will probably see the biggest upheaval on the new patch. Zarya remains very strong following a late-season uptick in usage, but now Roadhog is entering the fray after getting buffed. At times, we’ll probably even see teams running those two together, but analysts and coaches seem skeptical about that duo functioning at the OWL level.

y’all are not ready for apac playoff meta

There’s a good chance that we see a divergence between the two regions, with APAC and NA developing in parallel. They’ve always had their differences, such as APAC’s lean towards Sombra, but that divide could get sharpened by the new patch. Early rumblings suggest that something out of the box could be coming from APAC. One thing is certain: chaos will reign this week.

Regardless of exactly how the meta plays out, it’s a safe bet that we’ll see a significant uptick in Widowmaker play. With double-shield falling out of favor, sightlines won’t be nearly as clogged and the sniper can take over games. If Roadhog and Zarya are indeed the meta tank line, there won’t be anything to stop a top-tier Widow. Well, nothing except for another Widow.

Widowmaker occupies a wholly unique spot in the Overwatch ecosystem. In a game that otherwise values teamwork and coordination about all, Widowmaker is a lone wolf that can make or break a game single-handedly. By the nature of the hero, duels between opposing Widows become a rare 1v1 that can play out without much interference. The prize for winning that head to head is massive: precious seconds where you can fire into a teamfight without fear of being picked off. 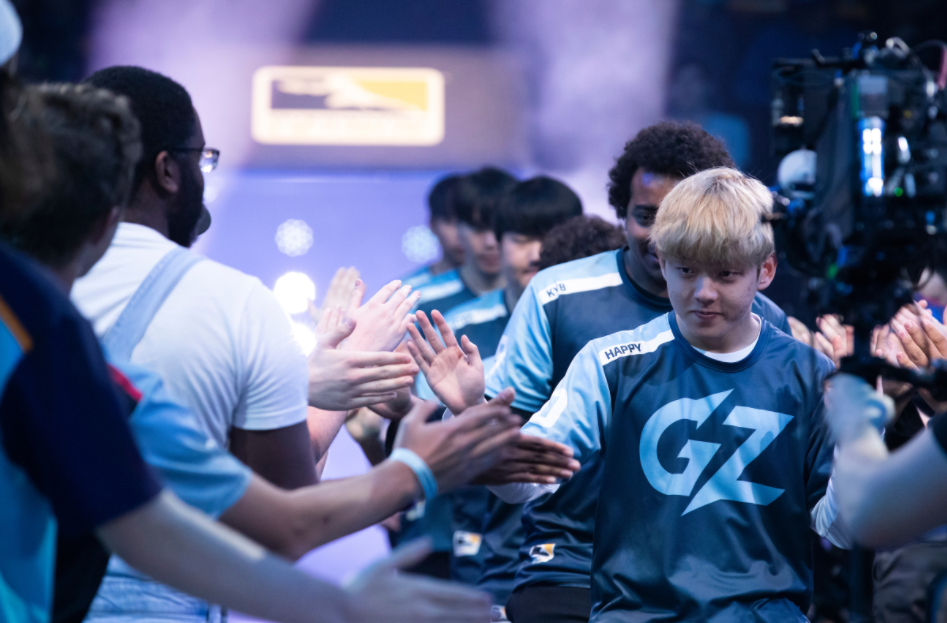 Having an elite Widow is going to be a massive advantage going into this week. Players like Seonchang “ANS” Lee, Jeong Woo “Happy” Lee, and Gihyo “Xzi” Jung could have an outsize impactif they can get rolling from long range. Expect several matches to be decided by whichever Widow can dominate their opposite number.

Late Season Momentum, Does It Matter?

Obviously, a meta shift offers a soft reset for the league heading into the playoffs. Teams that have been lagging can put their struggles behind them and treat this like a brand new season. Still, it will be fascinating to see if teams can translate an uptick in performance over the last few weeks into playoff success.

Teams like the Gladiators, Titans, Spark, and Hunters all found their footing towards the end of the year and now look to carry that into the postseason. Los Angeles nearly made a run into the top five of North America on the back of some stellar play from Ji Hyeok “Birdring” Kim. If he can keep it up, they’ll be an opponent no one wants to deal with over the next couple weeks.

Over in APAC, both Chengdu and Hangzhou made coaching changes towards the end of the year and started racking up wins. They met in the semifinals of the Countdown Cup where the Spark prevailed. Perhaps their newfound success will give them a confidence boost heading into a wide-open APAC region.

On the other hand, how will teams fare after faltering down the stretch? Chief in that category are the Atlanta Reign, who fumbled at the goal line by losing four in a row and letting the fifth seed slip from their grasp. Can they salvage their season with a playoff run or will they continue to disappoint?

Rookies On the Big Stage

Having every team in the playoffs means that everyone gets a taste of what postseason Overwatch feels like. For the dozens of rookies throughout the league, this will be their first time in such a pressure-packed environment. Undoubtedly, some will crumble under the weight of it all, but others will take the opportunity to start building their legacy in the OWL.

Nearly every team in the league has at least one rookie playing a pivotal role going into playoffs. Some, like the Vancouver Titans, are relying entirely on rookies to carry the day. The frontrunners, like the Shock and Fusion, have a few talented newcomers but surround them with veterans who’ve seen it all. 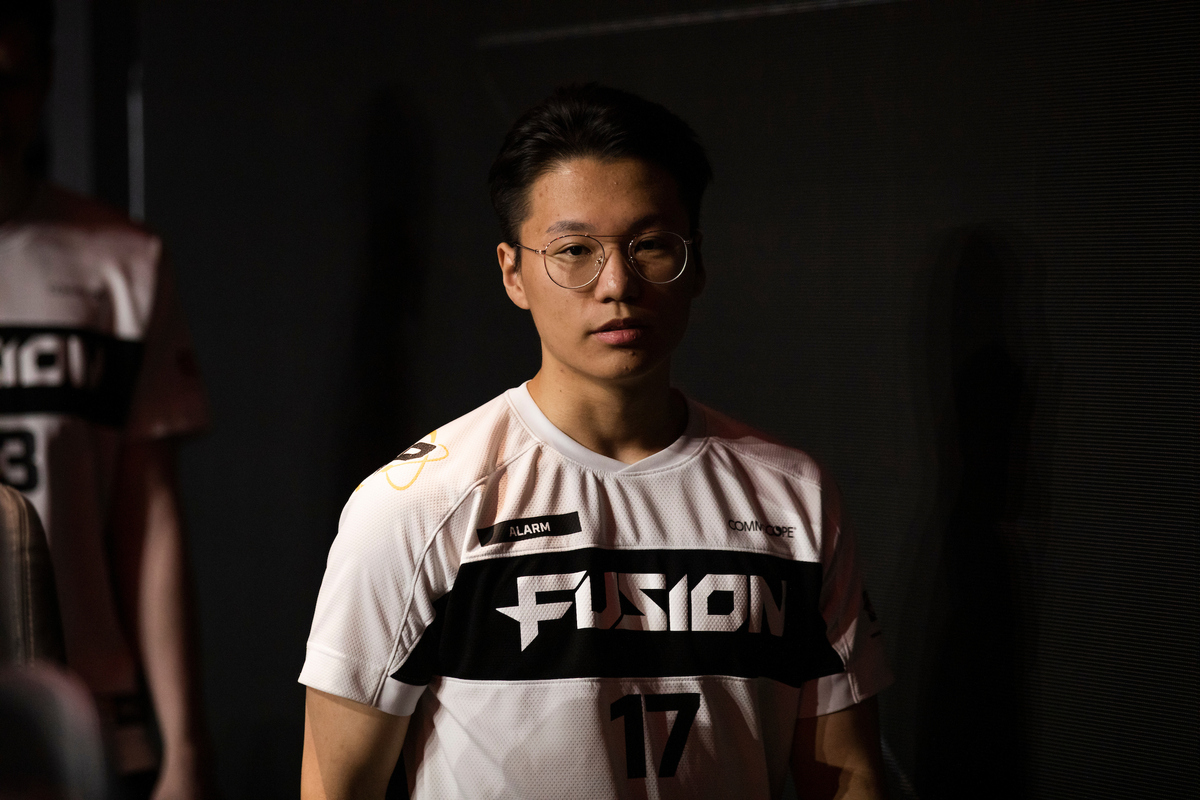 Seeing which rookies rise to the occasion is one of the best parts of the playoffs. This is their chance to go from promising talents to legitimate superstars in this league. Given the sheer volume of rookies in the league, we’re guaranteed to see some star-making performances. Inexperience can be a pitfall in these situations, but not if you don’t know any better.

Everything about this postseason, from the inclusive format to the single-elimination rounds to get us started to the new meta, lends itself to some unexpected outcomes in the playoffs. When no one has solved the meta and everything is on the line, upsets become much more plausible than we might think.

In North America, there are a number of teams that seemed primed to make some noise this weekend. First and foremost, the Gladiators are everyone’s pick to potentially knock off a top-four team in the double-elimination bracket. They have the talent to do it, but they have to take care of business in Round 2 first. They’ve had their own struggles beating lesser competition this year, so don’t be shocked if they get knocked off themselves.

Stepping a bit further down the bracket, the Washington Justice and Houston Outlaws are two teams that could actually emerge from Round 1 to make a deeper run. Washington fits the bill mostly because of their most recent acquisition, Gui-woon “Decay” Jang. He’s the kind of player who can single-handedly carry a match, especially if you get him on a hero like Widowmaker. For the Outlaws, they’ve been so close so many times this season. Picking them to be clutch when it matters feels like a foolish mistake, but they clearly have the ability to hang with teams ahead of them and potentially pull off an upset or two.

Unlike in North America, where it would be shocking to see anyone outside the top three make it out of the bracket, APAC is a wide-open race once you get past Shanghai. The Dragons have dominated all year and anything other than total victory in their region would be a disappointment. After them, it feels like any team save for London could realistically be APAC’s second team heading to the Grand Finals weekend.

For the rest of the region, especially the teams facing down single-eliminations matches this week, it’s all about catching lightning in a bottle. You don’t need to perfect the meta or necessarily even find the meta. If you can figure out what works best for your team, that can be enough to go on the run needed to get over the line. 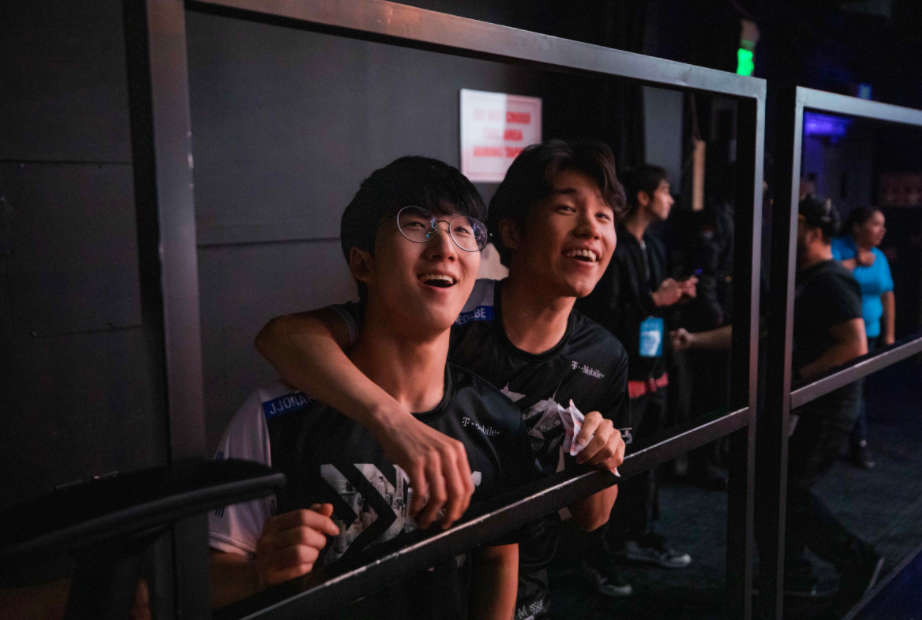 There’s so many talented teams in this region, all of whom are bunched very tightly together. At least one of them is going to discover a recipe for success, at least in the short term. Guangzhou has to be the favorite in that regard given their performance over a number of metas across the season, but New York, Seoul, Hangzhou, and even Chengdu are more than capable of catching fire. Whoever it is that emerges from the flames in playoffs, they’ll have earned it by virtue of the gauntlet they have to run and the competitors they leave in their wake.

The OWL Playoffs start Thursday September 3rd at 3:00 p.m. EDT as the Boston Uprising take on the Houston Outlaws.