What to Expect from DOTA Summit 11 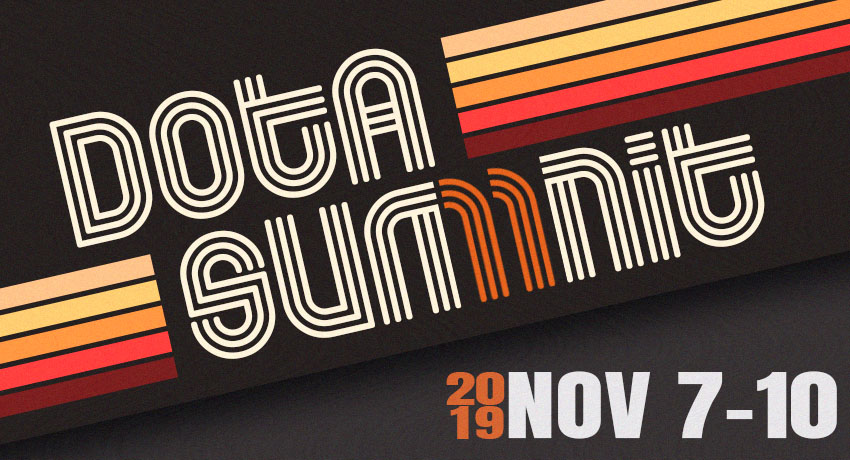 It’s been a painfully long break from Dota Pro Circuit action since the end of last season, and while we’ve had a few events to tide us over, thankful the first Minor is finally here. Yes, DOTA Summit 11, the opening event of the 2019-2020 DPC season, kicks off November 7. And with it, comes out first chance to see some of the teams vying for those all-important points, and a chance to head to The International next year.

We've got your first day of #DotaSummit 11 ready! Tune in November 7th for some sweet DPC minor Dota action pic.twitter.com/75VGeSQpyl

This edition of the Summit is sure to be something a bit different than usual. Before DOTA Summit 10, we broke down some of the reasons why the event series is so beloved in the Dota 2 community. But in this upcoming edition, some of those points are straight-up moot. With an in-person audience for the first time, and official DPC status looming over it, it will be fascinating to see if Summit retains its light-hearted tone.

One thing that definitely isn’t changing is the familiar cast of Beyond the Summit talent who’ll be casting all of the action. With names such as Jake “SirActionSlacks” Kanner, Grant “GranDGranT” Harris, and Trent “TrentPax” MacKenzie in attendance, there’s some reassurance that the comedic escapades of previous Summit’s won’t completely be a thing of the past.

One team name you might not recognize at this tournament (or might not be able to pronounce) is jfshfh178. This CIS team has been making waves at several tournaments recently with its mix of Belarussian and Ukrainian players. Notably, jfshfh178 put up an admirable attempt at preventing Virtus.pro from sweeping the entire CIS qualifiers for the MDL Chengdu Major.

Another group of unfamiliar faces comes under the banner of Geek Fam. This by no means a new team to the Dota 2 scene, but it is Geek Fam’s third entirely new roster of 2019. This latest lineup is made up of a mishmash of SEA journeymen, now competing in a rather competitive stack. The biggest name on their roster has to be Kim “DuBu” Doo-young, former Fnatic support and coach, who’s back in the player seat again for this promising team.

But it’s not all new faces. There are two notable returns to the Dota 2 scene that are making their resurgence at this event. Ad Finem, the greek stack who disbanded early in 2017, are back on the scene with the entirety of their original roster intact. The stack had signed with mousesports after leaving Ad Finem, before going their separate ways. But now all five players are back together, and it will be interesting to see what kind of impact they can make in the DPC. Before the split, the squad had frequently taken wins off of top teams, even making it to the finals of The Boston Major 2016.

Another returning team is HellRaisers, who also reentered the scene this year, debuting a new roster of CIS talent. While so far the team has had limited success, with Summit being the first tournament they’ve qualified for this year, the team is definitely on the upturn. However, there also seems to be turmoil in the lineup, as the organization benched support player Ilya “ALOHADANCE” Korobkin this past weekend after he allegedly refused to practice, and have been trying out a number of players in recent PariMatch League matches.

The rest of the eight competitors are rounded out by the familiar names of Chaos Esports Club, Invictus Gaming, Ninjas in Pyjamas, and paiN Gaming. Chaos EC will be headed into this tournament with their brand new lineup consisting of the former Quincy Crew roster. This promising stack is finally taking a shot at the DPC after many delays and will be hungry to make up for a disappointing finish to ESL One Hamburg.

iG is the lone Chinese representatives at Summit and will be hoping to secure a quick trip back home and on to Chengdu by winning here. They’re definitely one of the favorites to win it all heading into the tournament. To qualify, the team toppled Royal Never Give Up, Newbee, and CDEC Gaming, possibly the hardest qualifying group of the event.

NiP is a dangerous team to face in a Minor. The team took the victory in the final two Minors of the DPC 2018-19 season and would love to push that number to three consecutive victories. However, this is a very different NiP to the one that hobbled to a 17th-18th finish at TI9. The only retained player was team captain Peter “ppd” Dager, who’ll be relying on his experience to bring victory to this new stack.

Teams are starting to arrive for #DotaSummit – @paiNGamingBR are the first to arrive in Los Angeles! #DPC #dota2 pic.twitter.com/NhC5cVVdVx

Last but not least, paiN Gaming will be in attendance. The South American squad will be looking to regain their status as the most competitive team from their region after beastcoast usurped that title with several impressive tournament appearances. They’ll be fielding a slightly depleted roster as mid-laner Adriano de Paula “4dr” Machado will be temporarily replaced by Therence “Therence” Coelho Ferreira for the event.

How to Watch DOTA Summit 11

DOTA Summit 11 will be adopting the standard DPC Minor format with all that entails, including the best of threes for every game, the $300,000 prize pool, and the 660 circuit points up for grabs. On top of that, the winner grabs a spot at the MDL Chengdu Major 2019.

Everything kicks off at 9:00 AM local Los Angeles time, Thursday, November 7, with the finals set to wrap up on November 10, and you can watch all the action on Beyond the Summit’s Twitch page.