What is Midas Mode? 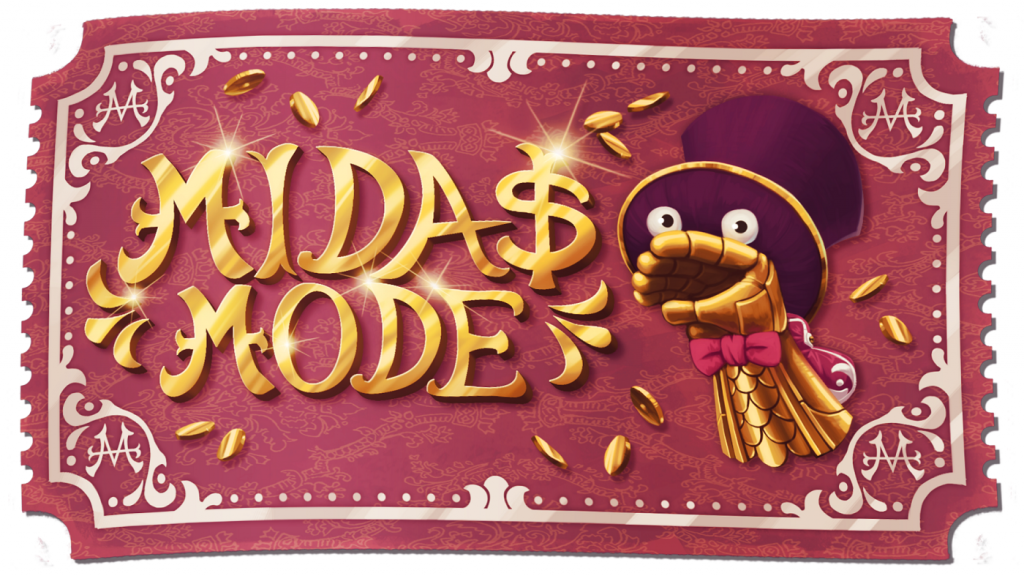 Midas Mode is a unique Dota 2 tournament series presented by Moonduck Studios. The tournaments use a custom ruleset involving an out-of-game economy that uses “Moonbucks” as its currency.

When Did Midas Mode Start?

The first version of the series debuted in November 2017. It was run as a nine-day tournament, from November 18-26. The second iteration is running September 24-October 2.

All participating teams receive direct invitations to the event.

What Tournament Format Does Midas Mode Use?

What are the Rules?

Using a basic Captain’s Mode Dota 2 game as its basis, the Midas Mode version of the game utilizes an out-of-game economy to raise the stakes.

To that end, each team begins with a certain number of Moonbucks. They have to use their Moonbucks to pay to pick or ban heroes during the draft.

There is also a fee for pausing the game, and the sides were chosen via a blind auction.

Want to get involved in Midas Mode? Check out the Day 2 Bounty thread to give us your ideas over at https://t.co/X7RTEr3ycZ

Teams can earn Moonbucks by completing bounties in games that they then won. Bounties varied from day-to-day. One example, on the second day of the first Midas Mode, was called “Secret Santa.” Worth 125 Moonbucks to the team that completed the bounty, it required a team to drop an observer ward, sentry ward and teleport scroll inside the Roshan Pit, and announce “Happy Frostivus!” in all chat before ten minutes. Moonduck invited fans to suggest bounties, providing an opportunity for fans to participate in the event.

Midas Mode 2017 was won by Optic Gaming in the North American stage and by Team Liquid in the European stage.

For Midas Mode 2.0, Moonduck released their own explanatory video:

In 2019, Moonduck Studios opened up a crowdfunding option for their tournament series. Fans are able to pay for various components of the map, including items, heroes, runes, buildings, creep camps, wards and so on.

WE CAN'T WAIT TO SEE THIS BADBOI IN ACTION at BETWAY MIDAS MODE 2.

Though the tournament itself will be played online, as the first one was, Moonduck Studios is hosting a LAN for fans to attend. The event involves various features for ticketholders, including the ability to participate (in small ways) in the event itself for VIPs including the Creep Chaotic Takeover and the Roshan Takeover.

How Can I Watch?

You can see all the videos for previous Midas Mode on the Moonduck Studios YouTube channel.

The tournament is broadcast on the Moonduck Twitch channel.