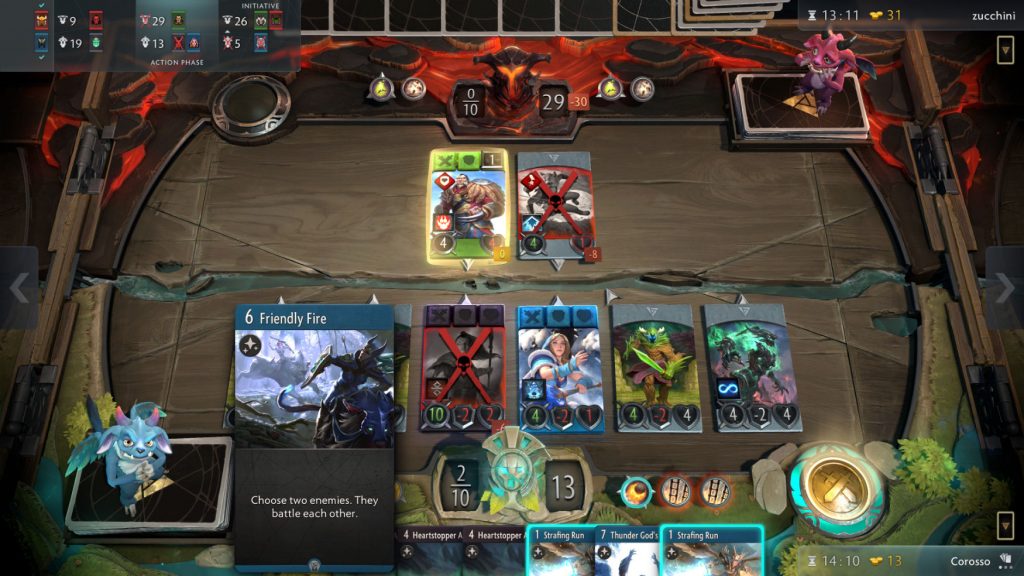 With two weeks to go before the November 28 launch of Artifact, the first post-launch tournament has already been announced.

With two weeks to go before the November 28 launch of Artifact, the first post-launch tournament has already been announced. The WePlay! Artifact Mighty Triad: Strength tournament will run 29th-December 4th with a $10,000 (USD) prize pool.

The complete details are still being released. At the time of publication, thirty of the thirty-two players invited to participate have been identified. They’re drawn from other card game communities such as Hearthstone, Magic: the Gathering and Gwent will participate.

Some of the top players from the Artifact Preview Tournament, including Ole “Naiman” Batyrbekov and Raffael “GameKing” Iciren who finished in the top eight, will compete in the WePlay! tournament.

Miguel “Mogwai” Guerrero, who finished in second place at the Artifact Preview Tournament, will participate in the event as part of the talent crew rather the competing himself. He will be joined by Darick “CHARM3R” Oswalt, Shannon “SUNSfan” Scotten, Sean “Swim” Huguenard and David “ImpetuousPanda” Nolskog.

There’s no indication yet regarding whether the Artifact Preview Tournament winner Joel “heffaklumpen” Larsson will compete.

While the tournament will take place online, the talent will gather at the WePlay! studio in Kiev, Ukraine to bring us all the action live.

The WePlay! Artifact Mighty Triad: Strength event is the first in a series of three planned tournaments. The total prize pool for the series will be $50,000. Though the first event is by invitation-only, future events will include an open qualifier. Be sure to start grinding out practice in Artifact post-release on November 28 so you’re ready to compete for your chance to participate.

Tune into https://www.twitch.tv/weplay_main on November 29th to see all the WePlay! Artifact Mighty Triad: Strength action.