WePlay to Give Us Dota 2 Valentine Madness Tournament 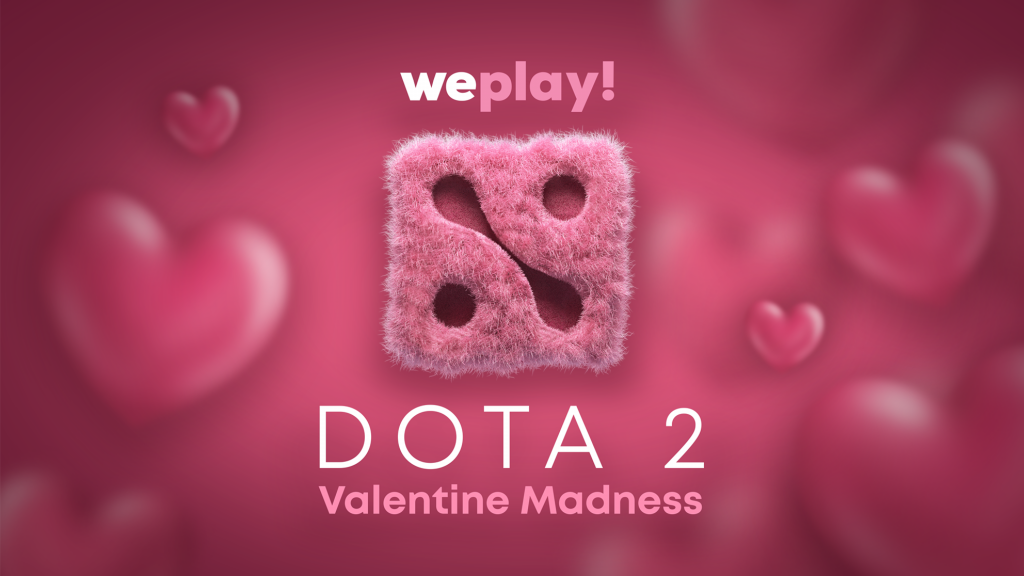 If you were looking for a way to spend Valentine’s Day weekend, WePlay! will host their Dota 2 Madness tournament - Valentine Madness - from February 9-16.

What could be more romantic than Dota 2? A Valentine’s Day themed Dota 2 tournament, of course!

WePlay! will host the next edition of their Dota 2 Madness tournament series—Valentine Madness—from February 9-16. If you were looking for a way to spend Valentine’s Day weekend with your significant other, well, let’s hope you both enjoy Dota 2!

Twelve teams will compete for the US$100,000 prize pool. Four teams will receive direct invitations to the bracket stage, while eight will compete in GSL-style groups before advancing to the bracket. This tournament is going to use a “3 Game Guarantee” system, wherein teams are guaranteed to play three series before being eliminated. They’ll first compete in the upper bracket. Losing teams will move to the lower bracket where they will play a series and then be matched up against another team to play a second series before being eliminated or moving forward in the bracket.

Sound complicated? Well, it is the “Madness” series, so a twist of some kind seems appropriate. This one’s particularly forgiving (Valentine’s worthy?) as the lower bracket’s first (and second) round will be a single game. We all know how tricky those can be!

The only team confirmed so far are Gambit Esports, who won Winter Madness in December. Can they claim first place at Valentine Madness too? More importantly, will the trophy for this one be pink and fluffy? Or perhaps a more traditional shape, but overflowing with chocolates?