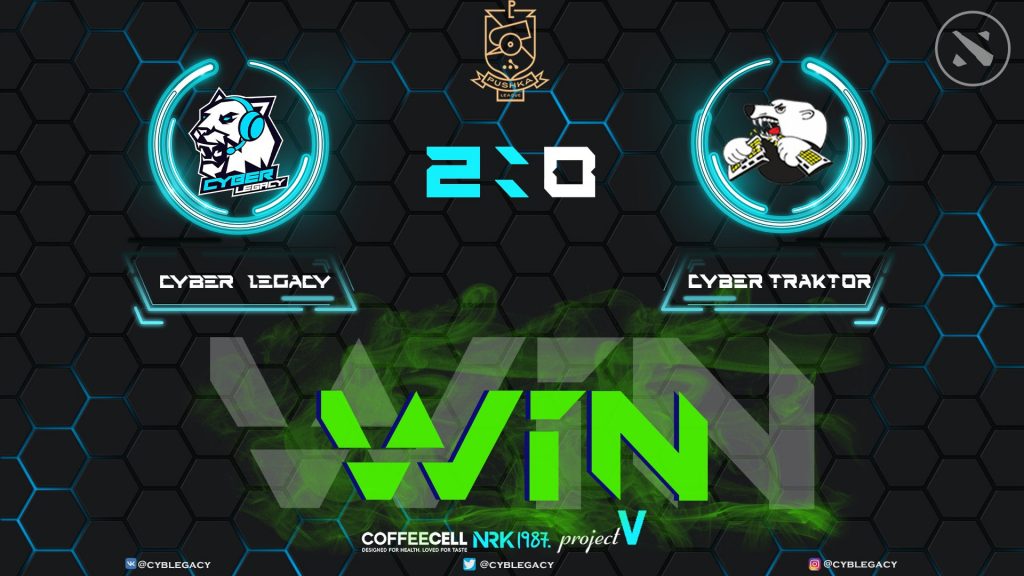 CyberTRAKTOR’s performance against Cyber Legacy was the first piece of used with the allegations of suspicious bets. (Photo courtesy Cyber Legacy)

WePlay! have announced the removal of CIS team CyberTRAKTOR from Division 2 of the WePlay! Pushka league amid allegations of suspicious betting activity. The news was first announced by the tournament operator in a post on their official website and social media.

Cyber TRAKTOR has been suspended from participating in the league.

The tournament organizer alleges that several intermediate bets were made on behalf of CyberTRAKTOR over the outcome of their series on April 26th against Cyber Legacy. In the post, WePlay! described the events which had led to the team’s suspension:

“Our esports department and the analysts of WePlay! Pushka League carefully examined the matches and came to the conclusion that Cyber TRAKTOR, with a high degree of probability, made bets on some intermediate results of their matches. At this time, we are gathering evidence and investigating the situation.”

Prior to their suspension CyberTRAKTOR held a record of one win and one loss, with a victory over fellow CIS team NOVA and a loss to Cyber Legacy. During the latter series, CyberTRAKTOR went 0-2 racking up 42 deaths in their first 30-minute game, and being quickly dispatched 3-14 in the second.

CyberTRAKTOR had qualified for the event through the open CIS qualifier. By winning, the team had a chance to take home a portion of the second division’s $5,000 prize pool and possible admission to the Pushka League’s Season 2 Division 1 competition.

Although CyberTRAKTOR is currently suspended, WePlay! have announced that they’ll be conducting a full investigation, and encouraged the team to carry out their own. WePlay! did not rule out the squad returning to the event if they’re cleared of any misdeed.

The Pushka League Division 2 is an on-going tier-two Dota 2 tournament that looks to showcase some of the best up-and-coming talent in the CIS and EU scenes. You can watch the remaining teams compete on WePlay!’s series of Twitch channels.