WePlay! Reshuffle Madness 2019: Who to Watch 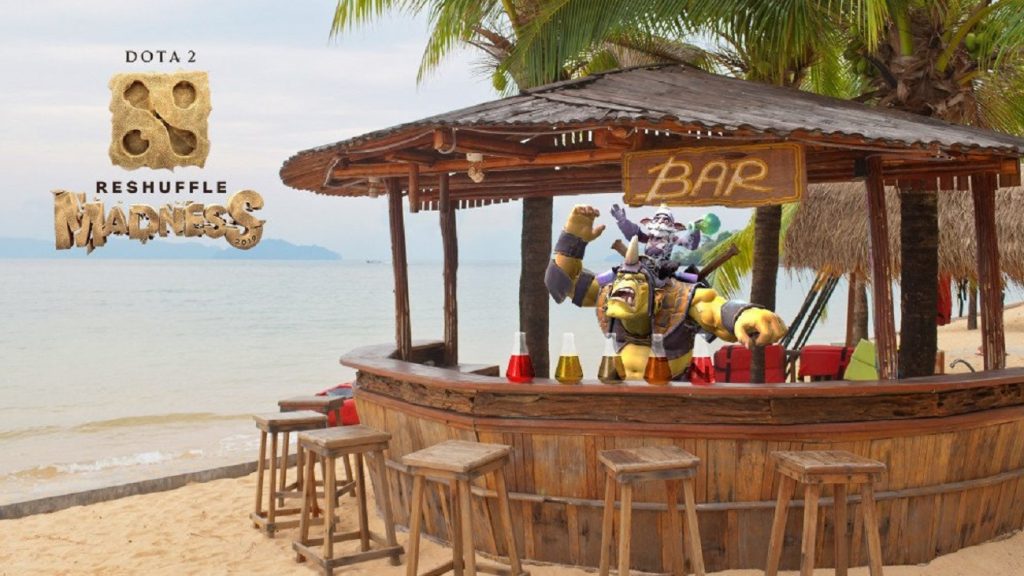 With WePlay! ‘s Reshuffle Madness 2019 set to kick off this weekend, the near four-week drought in competitive Dota 2 has come to an end. What’s more, we finally get to see some of the fruits of the post-The International 2019 roster shuffle, in this aptly named tournament.

This Saturday, September 21 at 14:00 CEST we are starting the Group stage of #ReshuffleMadness 2019

Reshuffle Madness will run from September 21 – 28, pitting 20 of the top teams from North America, Europe and CIS region against each other in the first test many of the organizations will face since TI9 qualifiers. It’s also going to be a chance for many of these squads to test the waters ahead of next year’s DPC and earn a slice of the US$50,000 prize pool.

While not all of the 20 participants have been announced at the time of writing, there’s already plenty of familiar faces. Chief among them is J.Storm, who narrowly missed out on a TI spot during NA Regional Qualifiers. We last saw them perform at DOTA Summit 10, where the team failed to secure a single win in the round-robin format, before dropping out early in the playoffs. However, the organization recently announced its new roster and will be looking to prove their mettle as one of North America’s premier Dota teams.

We wish @1437x the best as he gets married this fall and thank him for his time on the team.

Welcome to @MoOzDota who we pick up as a 4, while @FearDotA moves to the 5 position, the typical captain slot.

From the other side of the pond, Hippomaniacs and Aachen City Esports, both competitors in the European Qualifiers for TI9, will also be in attendance. The teams obtained their places as part of a Group Stage Invite and Open Qualifiers respectively and will be hoping to build on their recent performances. Hippomaniacs especially only lost out on a TI spot only after dropping a game to eventual qualifiers Chaos Esports Club. And their performance against Chaos EC was incredibly promising.

Representing the CIS, are invited teams Old but Gold, Winstrike Team and open qualifier Nemiga Gaming. The Winstrike and Negima look to build on their success in previous WePlay! tournaments. Although Reshuffle Madness is not part of the current Tug of War series of WePlay! events, a solid performance here will give these squads a fantastic amount of momentum. Meanwhile, Old but Gold is stacked with CIS legends such as Ilya “Illidan” Pivcaev and Stanislav “633” Glushan. If they can replicate their previous success on teams such as 2014/5’s Virtus.pro, they have the potential to win it all.

Your LIONS are back.
Our #dota2 roster

Finally, one of the most exciting participants is Greek team Ad Finem. This name will be familiar for fans of DOTA Summit, with the team competing in both 2016 editions of that event. However, after being picked up by mousesports in 2017, the organization effectively ceased to be. After mousesports dropped Dota 2 again in 2019, the squad took up their old Ad Finem name, with this being just their fourth event under this moniker. This is precisely the kind of event that a smaller team like Ad Finem could do well in, especially given the absence of any genuinely top-tier competition from the lineup.

Overall, Reshuffle Madness 2019 is set to be an exciting return to professional Dota 2. Many of these competitors have the potential to cause massive upsets in Minors and qualifying tournaments across the next DPC season. This event will be our first chance to see their latest rosters on display.

Additional information on Reshuffle Madness is available on WePlay!’s homepage. You can catch all the action from 14:00 CEST from September 21 on WePlay!’s official Twitch channel, with simultaneous casts on their Russian language stream.