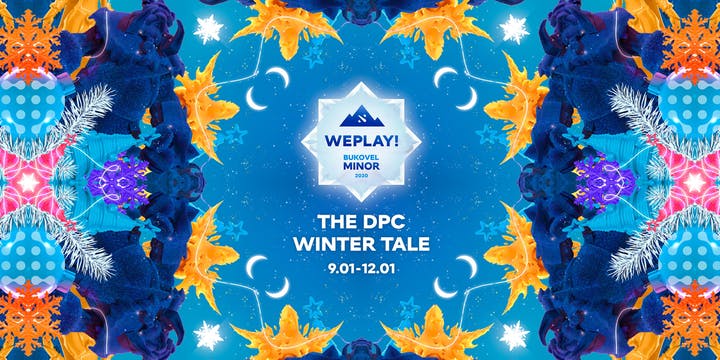 Group stage play for the WePlay! Bukovel Minor 2020 are well underway. While some of the best Dota teams in the world compete for a spot at the Leipzig Major, Hotspawn spoke with WePlay! Esports Dota 2 Leads, Vitaliy “Nexius” Bozhko and Anton “WarLocK” Tokarev about preparing for the Minor and what they hope for competitive Dota 2 in 2020.

What is your role with WePlay! Esports?

WarLocK: Basically, we develop the tournament concepts — their structure, form. Then we make sure everything works the way it’s supposed to. Our responsibilities range from negotiations with talents and teams to financial planning.

Nexius: Me and Anton have been friends for an eternity, and it helps us to share the work effectively. He handles communications and I cover things like budget allocation and workflow.

WarLocK: We are always in communication with other departments. For example, the Business Development department may request from us details about the tournament participants, casters, estimated stream viewership, and other data.

Nexius: One of the typical and more challenging tasks we usually have is coming up with the tournament dates and prize pools. It could be a surprise to some people, but nowadays, the Dota 2 event calendar is very stacked, and it can be hard to carve out a date for an event if you don’t want to go into direct competition for players and viewers with other tournament organizers. We get the final vote on the prize pools for the events. Most of the critical decisions related to the tournaments go through us.

Nexius: There is a lot of work that must be done with the teams. We regularly update the tournament regulations to ensure the comfort of viewers. Online events often start late, and to prevent that, we at WePlay! warn the teams to be in the lobby and get ready to play at least ten minutes before the scheduled time. It allows us to start the game earlier and ensure that for the viewers, matches start on time, even if there is a stream delay. When a team comes late, it can be punished, for example, by conceding the side choice to the enemy. We also have an online tournament platform that organizes non-pro competitions worldwide (excluding China). At first, we deployed it in Europe and CIS. In October, it was expanded to South East Asia, and a lot of people immediately started playing there. Right now, we are ramping up operations in South America and North America. We have a professional team of admins with separate areas of responsibility who often need to make crucial decisions very fast. Their work impacts the players and other team members and it’s important that everyone is always on the same page. My job is to make sure that the admins and other involved personnel can work comfortably.

Is it always smooth sailing between the current event and the next one?

Nexius: Every project is different. Sometimes I feel that we need to perform a miracle and it happens thanks to our passionate and dedicated team. The most recent “miracle” that we witnessed happened while we were organizing WePlay! Reshuffle Madness 2019. During the event, we also hosted the broadcast of Midas Mode 2.

WarLocK: We secured the rights for the broadcast pretty late and had to do a mad dash to make everything work. Those days, our main channel regularly had around 18-20 hours of uptime. You can only imagine how much time the community managers and the production had for sleep and rest. You don’t often find production professionals and community managers that could pull off something like that on exceedingly short notice.

“The mere fact that you are working on a DPC event elevates the sense of responsibility and keeps you more alert.”

How is working on WePlay! Bukovel Minor 2020 different from non-DPC tournaments?

Nexius: We don’t need to choose the date and come up with the format. On the other hand, we had some unique challenges, such as hosting the qualifiers across six competitive regions over two days. For the first time in the history of our company, we had streams on nine channels.

WarLocK: We had to form a schedule and coordinate the work between the teams, the casters, and the production. We made sure that every team was in similar conditions so that the stronger one would win. Fortunately, we didn’t have any complaints from the teams nor from the talent.

Nexius: However tough the qualifiers may be, most of the heavy lifting takes place during the main event. The issues we needed to overcome were securing visas (the embassies have holidays too) and housing (the event takes place in a ski resort in the peak of the season). Fortunately, our team isn’t afraid of challenges and so far, everything has been working out well. The mere fact that you are working on a DPC event elevates the sense of responsibility and keeps you more alert. As people raised with a passion for Dota 2, we want to make the community happy.

How do you work with the executive team to create events like the Bukovel Minor?

WarLocK: We have been working in the company for about seven to eight years, since the times when all its staff would fit in a small room. Though in recent years, the executive team has become more diverse, we still have a direct line of communication with the people we need at any time. I think we have a perfect balance of autonomy and support from the executive team. If we stumble upon something that exceeds our budget and or scope, we can always talk to the people at the helm. The doors are still open for us, and we get the issues resolved. I really can’t imagine working with better management.

Nexius: The company founders know all esports ins and outs, and it is easy to explain to them what we need.

Do you get to ‘flex’ your creative muscles when it comes to creating the theme for events like WePlay! Bukovel Minor 2020 or the Reshuffle Madness?

WarLocK: Yes, to an extent, we do. I came up with the concept of Reshuffle Madness that later turned into a series. Nexius developed the Tug of War series that will conclude next February with the Mad Moon tournament. Also, when the design department and the creative team come up with ideas, we share our insights on how the community might perceive them.

Why is it important to Tournament Organizers to have cohesive and fun themes for their events?

WarLocK: We love esports and want to share the best part of it with others. At the end of the day, competition is only a part of the show — we also follow the storylines of teams and separate players. Get hyped when an underdog wins a series. A tournament theme allows us to elevate those emotions and change the way people perceive the participants and the casters. It also impacts the way casters interact with us and, more importantly, with the viewers. They usually change into a costume and get more excited have more things to discuss and joke about on the stream.

What are you looking forward to for WePlay! Bukovel Minor 2020? Any surprises or easter eggs you can let us know about?

WarLocK: I’m really tempted to spill some beans, but I don’t think the production team would be happy about it. Let’s put it this way: we’ve already had experience using augmented reality technology at the previous events. During WePlay! Bukovel Minor 2020, we’ll try to do something unusual with it. 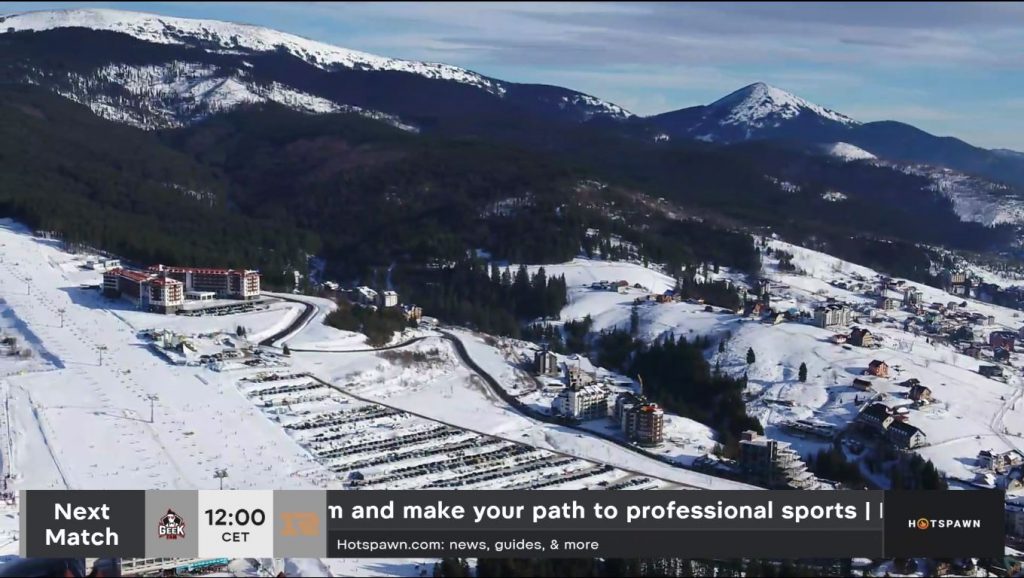 The WePlay! Bukovel Minor is being held at a ski resort in Bukovel, Ukraine. (Photo courtesy WePlay!)

What can fans look forward to at the Minor? What makes this event stand apart from the rest of the DPC?

WarLocK: We intend to make the Minor at TC “Bukovel” a Christmas fairytale experience that unfolds in a warm and friendly spirit. We also have a world-class talent lineup.

Nexius: All four days of the event are a full-fledged LAN with players performing at the venue. We also won’t have parallel matches, so it will be easier for the viewers to follow.

You have such a diverse and interesting talent group selected for the event. How do you choose the talent for an event like the Minor?

WarLocK: We have worked with most of the talent crew during WePlay! Valentine Madness 2019. We also follow the scene and take note of the people who stand out during other tournaments, including TI and DPC events. It’s crucial for us that a person is professional, can work with the audience, and has good game knowledge.

Nexius: We also keep in mind that the talent crew will be interacting with the production team, and it directly impacts the content that will be produced before, during, and after the event.

What’s the most rewarding part of being actively involved with the Dota 2 community?

Nexius: We consider ourselves as part of that community.

WarLocK: We both played Counter-Strike 1.4 and 1.5 competitively. Later we became what was considered professional players in DotA (in pre-TI times). The development of the esports community is our calling and purpose in life.

WarLocK: We want Dota 2 to be the new UFC and even more significant.

What’s something you hope that 2020 will bring to the Dota 2 community and fans?

WarLocK: Emotions and a plethora of events. We hope Dota 2 will become more interesting for the new generations of gamers and gain more “fresh blood.” We also hope for dramatic finals.

WarLocK: We are channeling the passion and the vision we have for esports in general and Dota 2 particularly. We want to create the esports vision on a higher level. Right now, WePlay! Esports is working on the Minor, but it’s far from our last event in the year.

Nexius: And we are confident in what we do.

The Bukovel Minor 2020 is currently underway until January 12th. The winner will join 15 other teams at the DreamLeague Season 13 Finals for the Leipzig Major.

Dota 2 Interview
Share
Lydia Pendergrass
Lydia's roots grow deep into the journalism field. As a 2011 graduate with a degree in journalism, she worked in local media for seven years before applying her skills to something she was truly passionate about - esports and gaming. For the last five years Lydia has worked in esports as an Influencer Manager, Adviser, Script Writer, Merchandise Commercial Manager, and, most notably, a journalist and editor.
Follow me