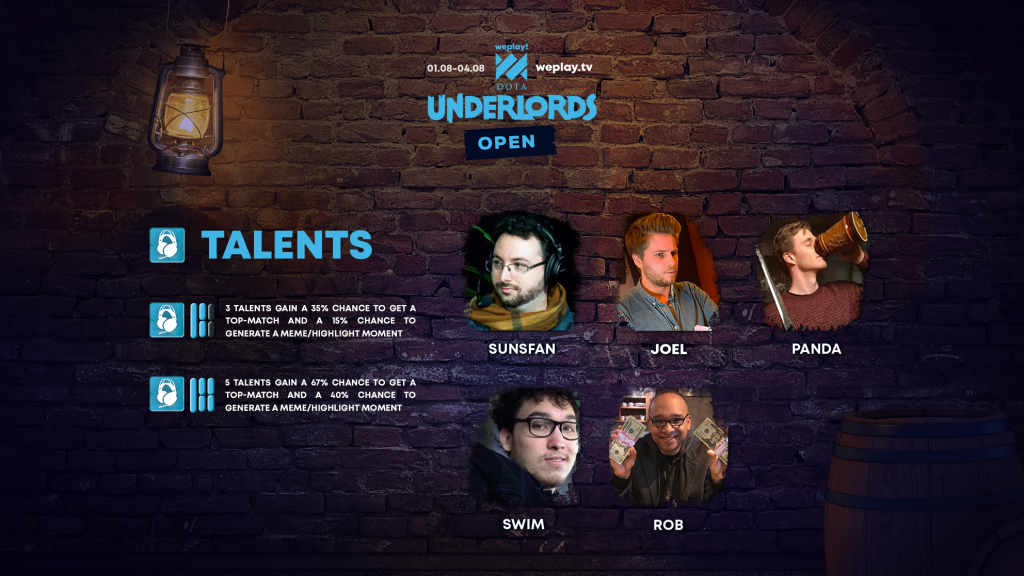 For the WePlay! Dota Underlords Open, Joel Larsson will cross the desk to cast rather than compete. (Image courtesy of WePlay!)

Robert “RobAJG” Gonzales will return to WePlay! to host the event. He’s an experienced ringmaster, having hosted Dota 2 and Artifact tournaments for WePlay! previously. Joining him as casters and analysts are Shannon “SUNSfan” Scotten, Sean “swim” Huguenard, David “ImpetuousPanda” Nolskog and Joel Larsson.

All of these names should be familiar to fans of WePlay! events. SUNSfan, swim and ImpetuousPanda have all cast previous WePlay! events. Swim also has competed, in Gwent and Artifact. He participated in the WePlay! Artifact Mighty Triad: Agility, and streams for Team Liquid. Larsson competed in the WePlay! Artifact Mighty Triad: Strength tournament, though he’s certainly better known for his success in Magic the Gathering.

We asked Larsson what he thought about the transition from player to caster for this event. He told Hotspawn: “I think it’s fantastic! I really enjoy the competition, but having the opportunity to talk, analyze and discuss a game you love is fantastic. You don’t get the opportunity to do that in the same way as a player.”

Expect all five to bring a load of knowledge as well as fun to the broadcast, which is coming soon. You can still register for the event until July 24. The qualifications will run July 24-28, with the finals happening August 1-4. All the WePlay! Dota Underlords action can be followed on the WePlay! official Twitch channel.