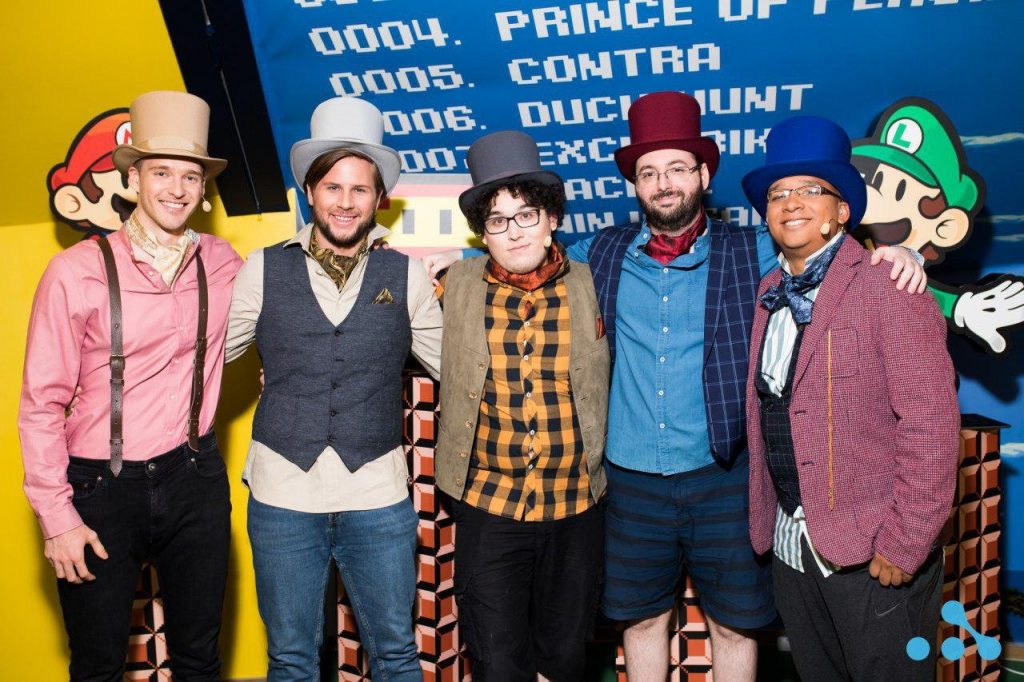 The talent dressed for day one of the WePlay! Dota Underlords Open (Image via @WePlayEsport / Twitter)

Day one of the WePlay! Dota Underlords Open is done and dusted. The two groups, Vicious Order and Crimson Gang, each played five matches, giving us a chance to see all sixteen competitors in action.

The Vicious Order started the day off as the European time zone competitors. One player, snofe, impressed everyone with his consistent placements. He was second place in the first four matches and then won the last match. This gave him enough points to sit in first place in the rankings with 38 points. The last-place player in the Vicious Order is maxbringtheaxe with 18 points.

To clarify, points were assigned by placement in each match. First place received 10, second place 7, third place 6, and so on.

It was the final game of the day! Just look at the results, this event will bring a lot of surprises!

The Vicious Order has a wider spread, with 20 points between first and last place. The Crimson Gang, by contrast, was much tighter with only 13 points between first and last. There were some tighter games in the second group, such as the end of game four, which extended multiple rounds with win streaks for the two remaining players. This is possible because Dota Underlords currently does not have a single board system, but instead runs the battle for each player individually, meaning they could win on their own boards while losing on their opponent’s board in a separately run battle. First place in the Crimson Gang is currently split between Fibonacci and MeNoHaxor with 28 points apiece.

By the end of the day, the panel agreed that a three-star Terrorblade was the MVP of any line-up. Demons were also coming around as consistently popular and pretty strong, especially with the Strange Bedfellows upgrade. Generally speaking, everyone also agreed that playing conservatively to ensure a top-four finish was more valuable in the long run as precise placement in the top half of the group stage has no bearing on the final division of prize money.

Tomorrow brings another EU/NA divided day, with five matches per group. The top four from each group will move on to the playoffs over the weekend, when ten matches will decide the difference between US$8,000 and $250.

Tune in to WePlay! on Twitch for all the WePlay! Dota Underlords Open action.

Autobattler Other
Share
Chelsea Jack
Chelsea is the managing editor of Hotspawn. Chelsea's days are full of esports, books, and raising two video game enthusiasts. She's passionate about storytelling and community.
Follow me