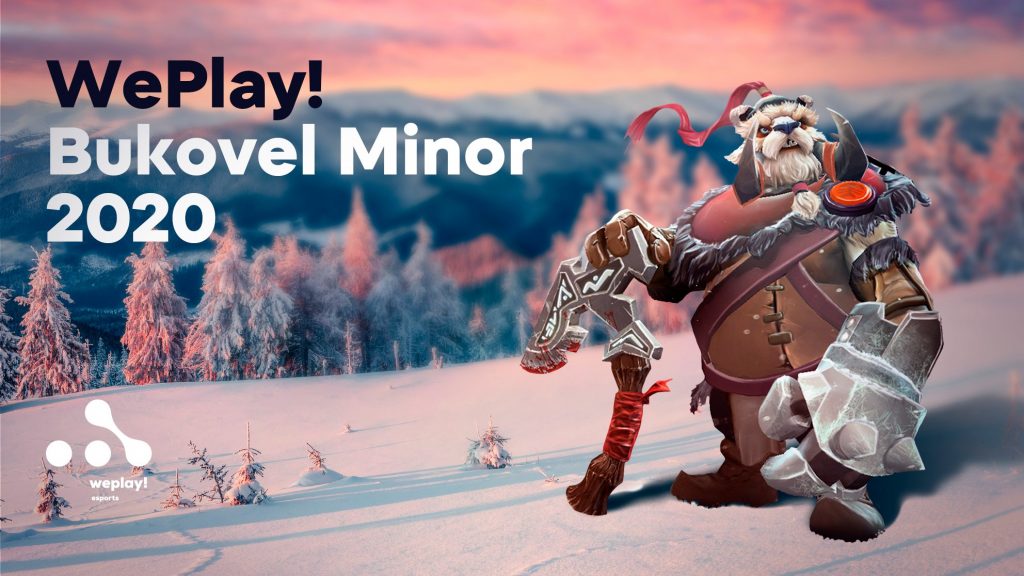 The DPC will have a chilly reception as it heads to the snowy mountains of Bukovel. (Image via WePlay!)

With winter seemingly already on the Northern Hemisphere’s doorstep (where did 2019 go?), it’s good to know there’ll be Dota to warm us through the cold season. WePlay! has announced the Bukovel Minor. In a lyrical reveal, WePlay! announced their latest Dota 2 tournament with a  homage to the classic song “Let It Snow.”

Set to take place between January 9-12, 2020, the event will be the second Minor of the 2019-2020 Dota 2 Pro Circuit. The event is set to be hosted at one of Ukraine’s premier ski resorts, with the snowy climate of the location helping to set the theme of this frostbitten tournament.

As with all DPC Minors, eight teams are set to compete for a part of the US$300,000 prize pool, and more importantly, a share of the 660 DPC points on offer. The winner will also have a guaranteed spot in the second DPC Major of the year, which is yet to be announced.

Qualified for the MDL Chengdu Major

Commenting in a press release, the Head of Esports at WePlay!, Eugene “GreenGT” Luchianenco, expressed how excited the organization was by the potential of hosting a DPC Minor. “We perceive the opportunity to host a Minor as a great honor and enormous responsibility at the same time. For the last year, we have been working hard organizing various events in Dota 2, CS:GO and other disciplines in the spirit of creativity and excitement. We want our viewers to enjoy not only the games but also an original show.”

Since 2013, WePlay! has organized Dota 2 events, primarily catering to the second tier of the professional scene, with the majority of its tournaments occurring online. The organization most recently hosted WePlay! Reshuffle Madness, which had notable invites extended to J.Storm, and eventual winners, Natus Vincere. In February, the company is set to host WePlay! Dota 2 Tug of War: Mad Moon, the final of their “Tug of War” series of events, and what would have been only their second offline event.

With the announcement of the Bukovel Minor, WePlay! has increased further expanded its reach into offline tournaments, and is now hosting its first official DPC event. Full details about the Bukovel Minor is available on WePlay! ’s official website, and additional information has been provided in the event’s press release.