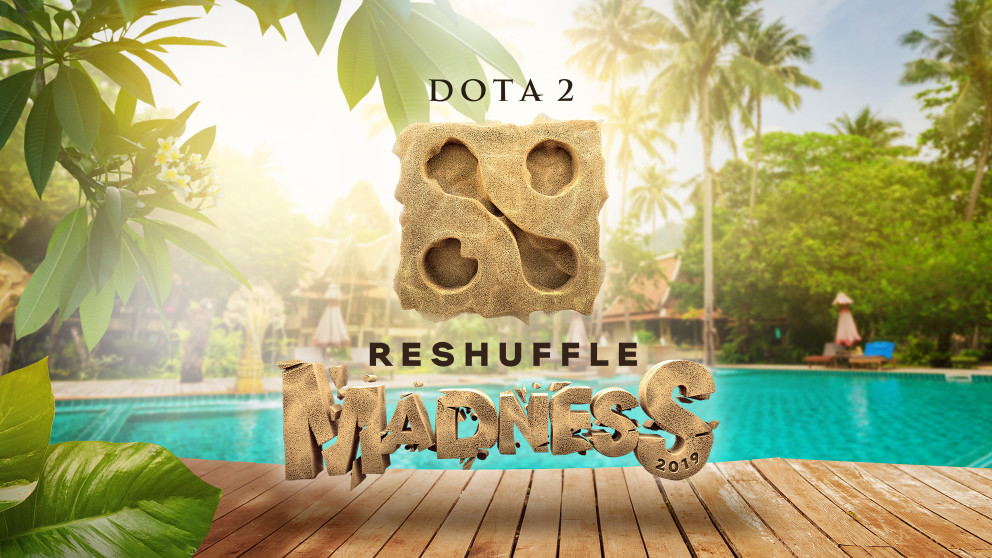 Just when it looked like we were in danger of a long break in Dota 2 pro play at the end of the month, WePlay! has announced it’s latest tournament, Reshuffle Madness 2019. The timing of the tournament has it nipping at the heels of Midas Mode 2, which starts on September 24, the day after WePlay!’s event finishes.

Reshuffle Madness 2019 has been marketed as a relaxing break from the “serious and stressful business in Shanghai,” referring to The International 2019, which finishes two weeks before the start of qualifiers. The event boasts a US$50,000 prize pool, which, while nowhere near the dizzying amounts that TI9 will be handing out, is still a generous offering.

The tournament marks a break in WePlay! ’s current “Tug of War” online tournaments, a so-called “trilogy” of events which have run since earlier this year. These events are set to come to a climax on February 19, 2020, at WePlay! Tug of War: Mad Moon. There, at an offline tournament in Kyiv, Ukraine, five invited teams will face the winners of the Radiant, Dire Asia and Dire America tournaments for a share of $300,000.

The trilogy ends with Tug of War: Mad Moon!

The long-awaited LAN-finals of Tug of War will be held in the new WePlay! Arena

Reshuffle Madness will be kicking off with open qualifiers on September 6, with the event’s group and playoff stages running between September 16-23. Details on participating teams and casting talent are to be announced soon. Additional info, including bracket details, format, and prize distribution is available on WePlay!’s official website.