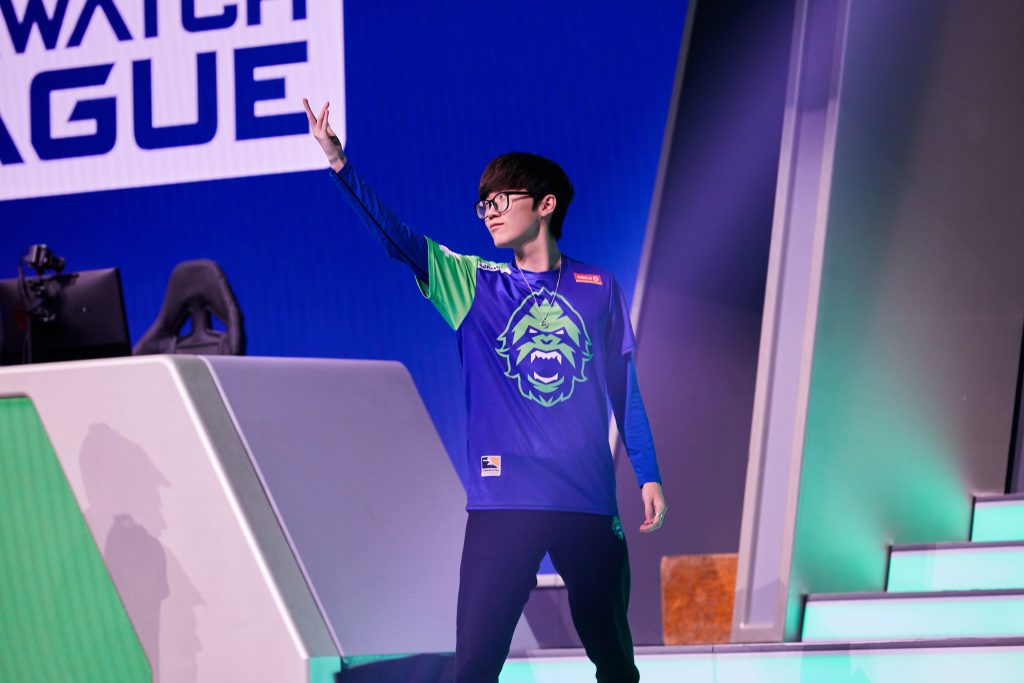 JJANU has signed with the Washington Justice along with former Vancouver teammate Stitch. (Image via Robert Paul for Blizzard Entertainment)

We're thrilled to have Stitch as our newest addition to the team! 🤩

We look forward to watching him pop off in #OWL2020!

The move comes after a tumultuous couple of weeks for both the Justice and Titans. First, Vancouver released its entire roster and coaching staff due to a disconnect between the team and management. For their part, Washington lost two DPS players and fan favorites to retirement, as Corey “Corey” Nigra and Ethan “Stratus” Yankel left professional Overwatch. Those departures left the Justice short of the league minimum, seven players, on the roster and put them down to one DPS player in Ho-Sung “TTuba” Lee.

Both players come with impressive pedigrees, dating back to their time with Korean Contenders organization Runaway. They won that competition together in 2018 before joining the Titans prior to the start of last season. The team had continued success in the OWL, finishing runner-up to the San Francisco Shock in last year’s Grand Finals.

During the 2019 season, JJANU emerged as one of the best flex tank players in the league, earning a spot as one of the five MVP finalists. Though Stitch’s playing time in the OWL has been limited, his skill as a hitscan specialist is undeniable and he should slot in nicely next to TTuba.

JJANU has been signed to a 14-day contract, a new option the league announced last week. Designed to give teams flexibility, the shortened contract allows for temporary contracts to help teams that need additional pieces on short notice. The nature of Stitch’s contract is currently unknown.

Both players are currently competing from their homes in South Korea, so high latency will definitely be an issue in their first outing with the Justice this weekend. Washington faces off against the Florida Mayhem on Saturday, May 16 at 5 PM ET.