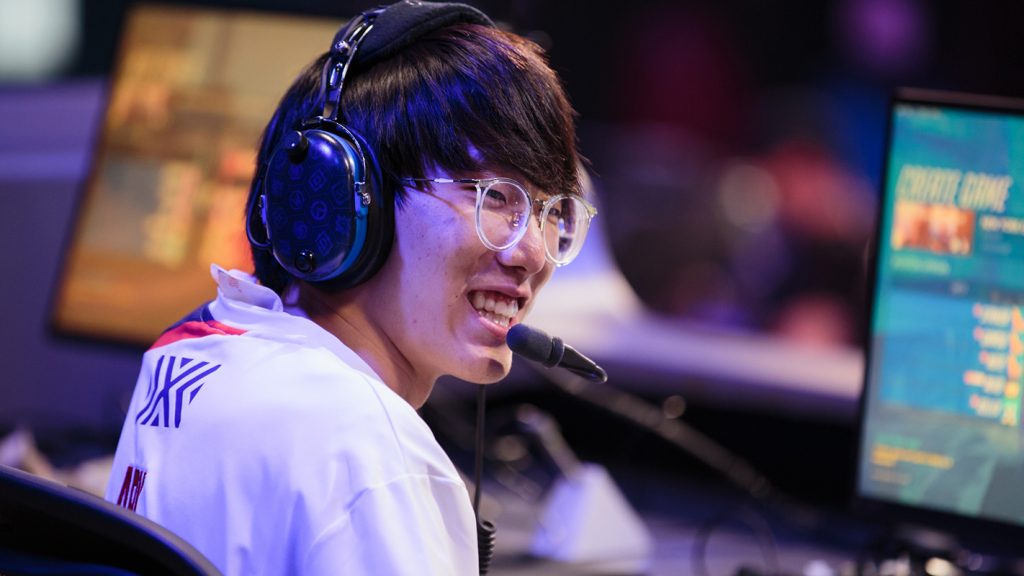 ArK has favored Mercy in the past but found himself predominantly playing Lucio in this meta and struggled to earn many minutes with the NYXL.

Less than one day after picking up their first victory in the Overwatch League, the Washington Justice may have picked up their biggest win of the young season. The Justice have acquired support Yeonjoon “ArK” Hong from the NYXL.

ArK spent the bulk of Stage 1 on the bench, playing less than 30 minutes across seven games. ArK has favored Mercy in the past but found himself predominantly playing Lucio in this meta. He was unable to earn many minutes of play time with Taesung “ANAMO” Jung in the NYXL starting lineup.

We thank @Arkyjun for representing NY well on and off stage, and for everything he's done for NYXL. We wish you the absolute best in your career. pic.twitter.com/smFJeqog6L

Though ArK might not be the best Lucio player in the Overwatch League, there is no doubt that he should bring some stability to the Justice. The Justice played Lucio more than any other hero in the game, but the team didn’t make consistent choices about who to play the hero.

The current triple tank/triple support meta relies heavily on the Lucio making smart decisions and communicating with his teammates. ArK is going to a roster mixed with both American and Korean players, so it will be interesting to see if how long it will take him to make an impact with the squad. However, ArK will be joining former NYXL coach Hyeongseok “WizardHyeong” Kim and tank Junhwa “Janus” Song, which could make the integration easier.

ArK is a great support piece for the growing Justice team. If the meta shifts back to something Mercy friendly, this is a great buy-low move by Washington. If not, at least ArK can competently play the Lucio role that the Justice desperately need.