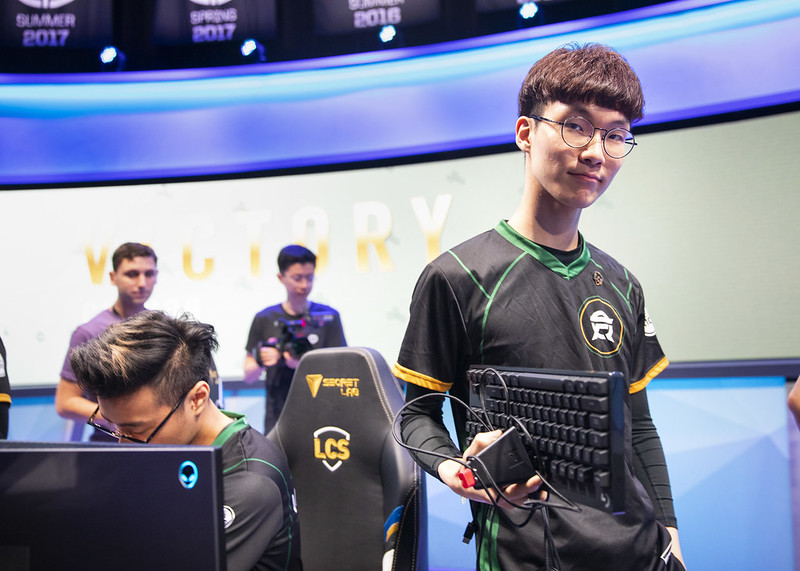 Wadid makes his competitive return by signing with Griffin ahead of the Promotion tournament. (Photo courtesy Colin Young-Wolff - Riot Games)

Griffin announced the signing of Kim “Wadid” Bae-in as their new support. He will join Jeong “Irove” Sang-hyeon as one of two active supports on the roster.

*will be rdy for promotion match too*

Wadid announced on Twitter that he will be available to play in the 2020 Summer Promotion tournament. Griffin will have to fight to keep their spot for Summer after finishing a league-worst 5-13 in the Spring. Two teams among Griffin, SANDBOX Gaming, and the top two Challengers Korea teams will join or re-join the LCK for Summer.

Wadid started his career in his native Korea with Rising Star Gaming, but he got his first start in a major league with Team ROCCAT in 2017. He then went on to play for G2 Esports and Rogue before moving on to FlyQuest in North America for 2019 Summer. FlyQuest replaced him with second-team All-Pro Lee “IgNar” Dong-geun, leaving him teamless for 2020 Spring. He appeared multiple times as a guest analyst on the English LCK stream during his time away from competing professionally.

Wadid will presumably take over the starting role from incumbent Irove. Irove, formerly known as Kabbie, was thrust into the starting role this off-season after Son “Lehends” Si-woo departed for Hanwha Life Esports. Irove started all 47 games for Griffin in the Spring, playing almost exclusively front line tanks.

With Griffin struggling following Lehends’ departure, Wadid can take over some of the main engage responsibilities from Lee “Tarzan” Seung-yong. Wadid is known for engage champions like Rakan and Alistar.

FYI
I did "test" to sign Griffin so there is no doubt about my performance.
It will be so fun man haha cant wait to play on stage again

Wadid also noted that he was brought in for a “test” with Griffin, so the team is not adding him sight unseen. That lends more credence to the idea that we will see Wadid debut with the team in the Promotion tournament. The dates for the tournament have yet to be announced by Riot Korea.