Vulcan: “We can reach our level again” 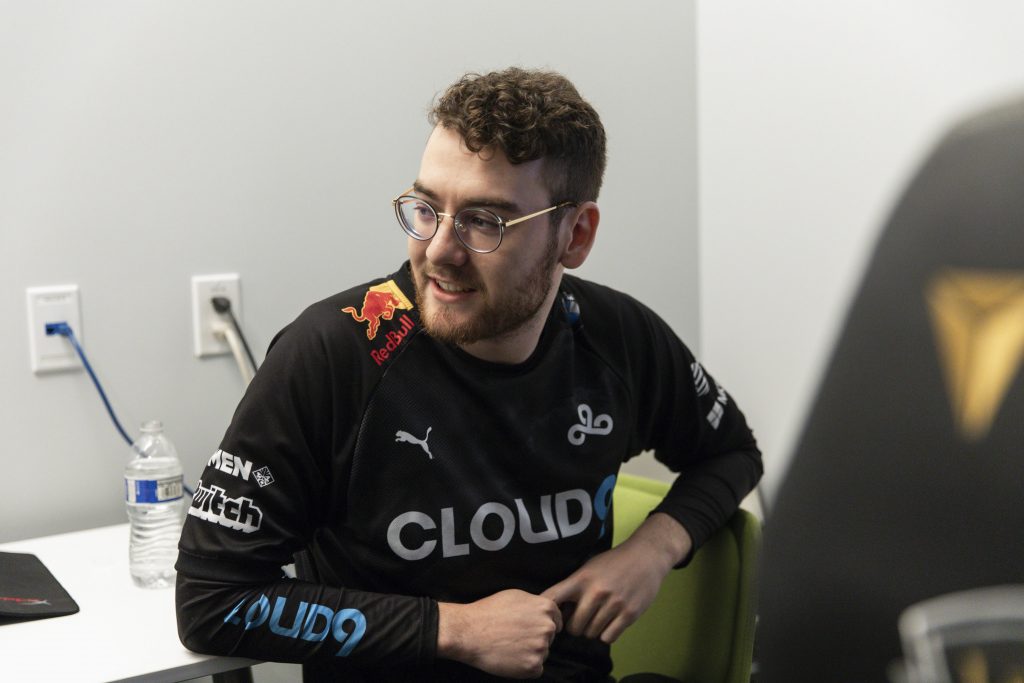 Cloud9 bounced back from a devastating loss against FlyQuest by defeating Evil Geniuses in a 3-0 sweep that showcased more of the aggressive play that the league is used to seeing from them. The team has been known to thrive in do-or-die lower bracket scenarios, but they can’t lose their next best-of-five if they want to qualify for Worlds.

After their crucial victory, we spoke with Cloud9’s support Phillipe “Vulcan” LaFlamme about how the team is shaping back into their dominant form and his thoughts on their next opponents.

Hotspawn: Congrats on advancing through the loser’s bracket. How did you guys clean up your mistakes from your match against FlyQuest to prepare for this one?

Vulcan: Against FLY we played a lot of scaling champs. A lot of people were talking about the Ezreal-Yuumi and how it didn’t give us as much agency in the early game. So particularly we decided to play something that has more options early game so we can play more aggressive and play to our style a bit more. In some of these games we played a lot more aggressive. Just stuff like fighting for Dragons, and even though the early games were really sloppy, I feel good about the plays that we were able to make. Finding our aggression again was something that we wanted to do, so our plan coming into the series was to be more aggressive.

Hotspawn: Eric “Licorice” Ritchie told me a few weeks back that you guys were struggling to adapt to the meta. Do you think that’s still the case? Why were you having so much trouble adapting?

Vulcan: I think it’s kind of a bit of everything. The fact that we tried different stuff made us not focus on the main meta champions so we didn’t pick up some stuff until pretty late. I think it was hard to adapt because at a certain point in our scrims we could play anything and we’d win with any champ, but stage games are different and we’d get the wrong read because of misreading scrim results and stuff like that. Obviously we all put the work in, I think we just didn’t know exactly how to draft compared to in Spring where draft was downloaded and it was very easy and everyone knew exactly what champs to pick in certain scenarios. During our slump we were more uncertain. We didn’t know what to draft versus people in certain cases and what champs are good versus theirs. I think that’s mostly it. 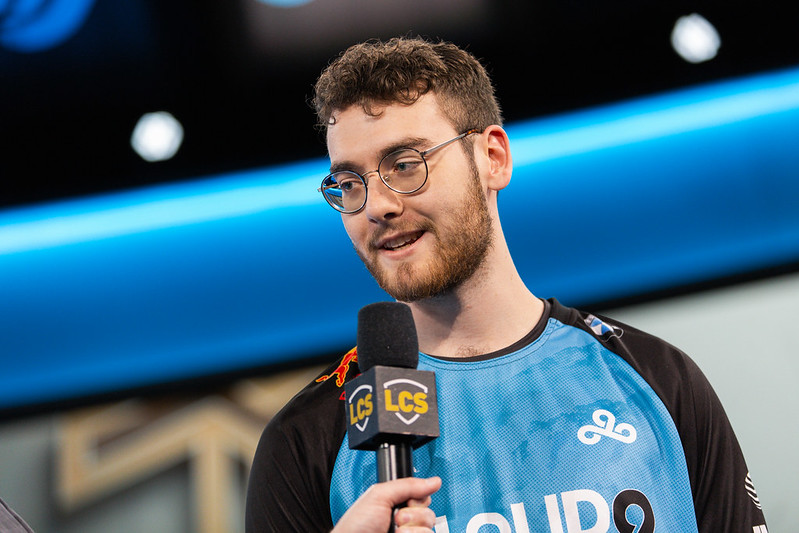 Vulcan attended his first World Championship in 2019 with Clutch Gaming, where they went 0-6 in groups (Photo via Riot Games)

Hotspawn: Jesper “Zven” Svenningsen said on-air that these days he cares more about making it to Worlds than winning the split. Do you feel the same?

Vulcan: Yeah I do. We already won last Split so that’s kind of done in my books. Obviously, I want to win as many times as I can and get up there with Yiliang “Doublelift” Peng and Søren “Bjergsen” Bjerg with the most wins in NA, but I have my sights on Worlds as well. Obviously we aren’t as good as we were before, if we make it to Worlds and bootcamp I feel like we have the ability to be the best team from NA. We can reach our level again and exceed that. So yeah, we’re focusing on Worlds definitely. We feel really good to qualify.

Hotspawn: You guys have to win one more best-of-five to qualify. Between TSM and Golden Guardians, who would you rather play and who do you think you’ll actually end up playing?

Vulcan: I would rather play versus GG because TSM fights us in the early game and they’re a pretty good early game team. I think their midgame is not that great, but I think they match better stylistically versus us. So I’d rather face Golden Guardians because I think they have more things that we can attack and we can avoid the type of bot lanes they were playing against TSM which is where they shine. I think we can avoid those types of matchups and play to our strengths.

Hotspawn: Now that you’ve almost played for two full splits with Cloud9, can you talk a little bit about what role you’ve slotted into within the team and how it is to lane with Zven?

Vulcan: [Zven and I] are a pretty aggressive duo. We duo all the time so that’s something we have over some of the other LCS bot lanes. It’s mostly Team Liquid’s bot lane, Golden Guardians, and us, we duo pretty much every game. We’re able to develop better synergy, we’re able to read each other’s mind more; I enjoy playing with Zven. He likes to play very aggressive in lane, he wants to abuse every window that he can to gain something and he’s not afraid to speak his mind when he feels like something is wrong; he’s happy to discuss those things.

For my role within the team, I think I do a bit of everything, I guess. That’s what everyone does on the team, we don’t have a traditional shotcaller, everyone kinda chimes in. My job is mostly related to vision stuff being a support. Setting up Dragons, Rift Herald, early game, when I can move to them, what timing I wanna do them on, stuff like that. Mostly around vision and objectives.

Hotspawn: You said you’d rather play against Golden Guardians. What do you think about their bot lane and what are your thoughts on how Choi “Huhi” Jae-hyun is doing as someone newer to the support role?

Vulcan: Obviously, I think me and Zven are the best bot lane. After that, I would rate Team Liquid as second and then Golden Guardians’ bot lane as third. I think they’re pretty good when they can play aggressive picks, like the Morgana lanes and some of the Morgana counters. I think that Huhi had a really good split. With Bard, he had a lot of good plays and I think he’s getting a lot better. I rank him as the third-best support for this split and playoffs. I think they’re a good bot lane. Huhi has improved a lot compared to Spring.

Hotspawn: We’ve heard a lot of people talking about solo lane and marksman picks for this new patch, but do you think there are any super strong or sleeper support picks right now?

Vulcan: Not really. I think there are a lot of different things you can pick. There’s not something that’s super OP that you have to pick or have to counter or else it’s too good. I think you can pick whatever you want into whatever situation depending on comp, you don’t have to pick specifically for lane. For example, in game three I picked Rakan, which is not that good of a lane, but it allows me to sustain Rumble ult and then I can engage, counter engage, and offer a lot of peel. There’s a lot of different things you can pick, it’s all pretty even.

Hotspawn: Assuming you guys win your next best-of-five and qualify, is there a team that you really want to play against internationally right now assuming they qualify as well?

Vulcan: Yeah, I wanna play against DRX. They have the best bot lane in the League of Legends Champions Korea. LCK casters and stuff are praising Ryu “Keria” Min-seok to be the best support in the World. Laning against them would be pretty exciting, so hopefully DRX makes it.

Cloud9 will play their next playoff series on August 29 at 1 p.m. PDT against the winner of the match between Golden Guardians and TSM.