Vizicsacsi Announces Retirement: A Look Back on his Career 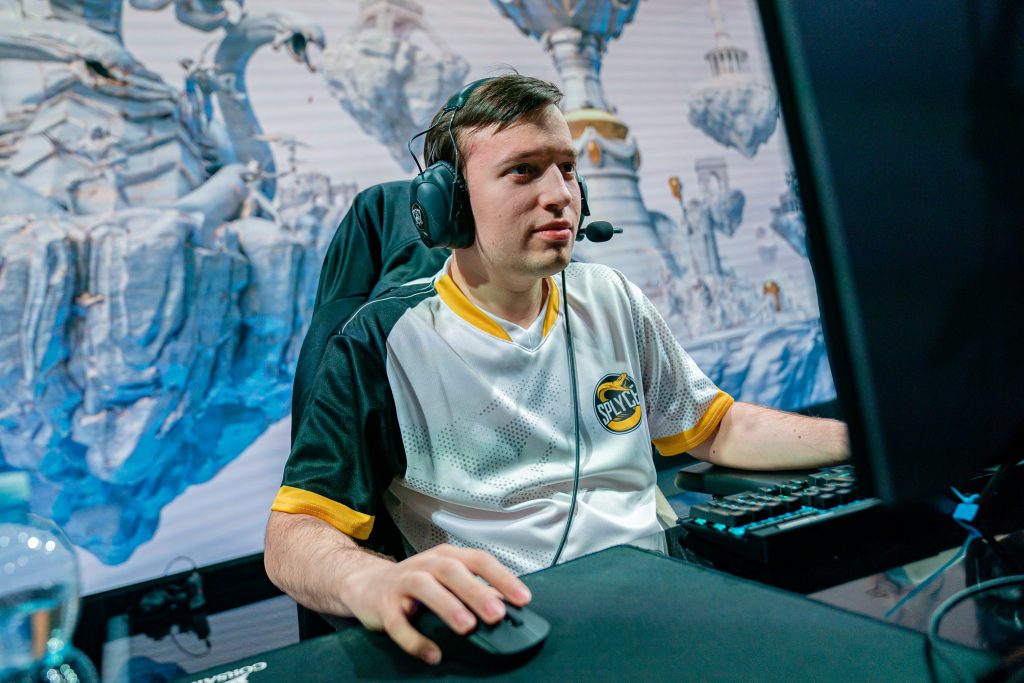 It’s a sad day for all fans of the European League of Legends scene, as Tamás “Vizicsacsi” Kiss has announced his retirement at the age of 26.

Vizicsacsi has been playing professional League of Legends since 2013. His early days found him jumping between a couple of teams until he found his perfect match. At the start of the 2014 season, Vizicsacsi joined the Unicorns of Love, a challenger team at the time.

The Unicorns won many lower-tier events early on. After they qualified for the Summer series, the Unicorns earned consecutive quarterfinal finishes. In the ensuing EU League of Legends Championship Series Promotion Tournament, the Unicorns of Love faced off against Millenium for the final spot.

Vizicsacsi’s first taste of the LCS started out rough. The Unicorns were down 2-0 and on the brink of elimination. Desperate for a way in, Vizicsacsi picked Poppy, a very underutilized and off-meta champion at the time. And he carried the game with her. The Unicorns of Love would reverse sweep the match and qualify for the EU LCS. From this point, Vizicsacsi would be known as a mold-breaker in the top lane. 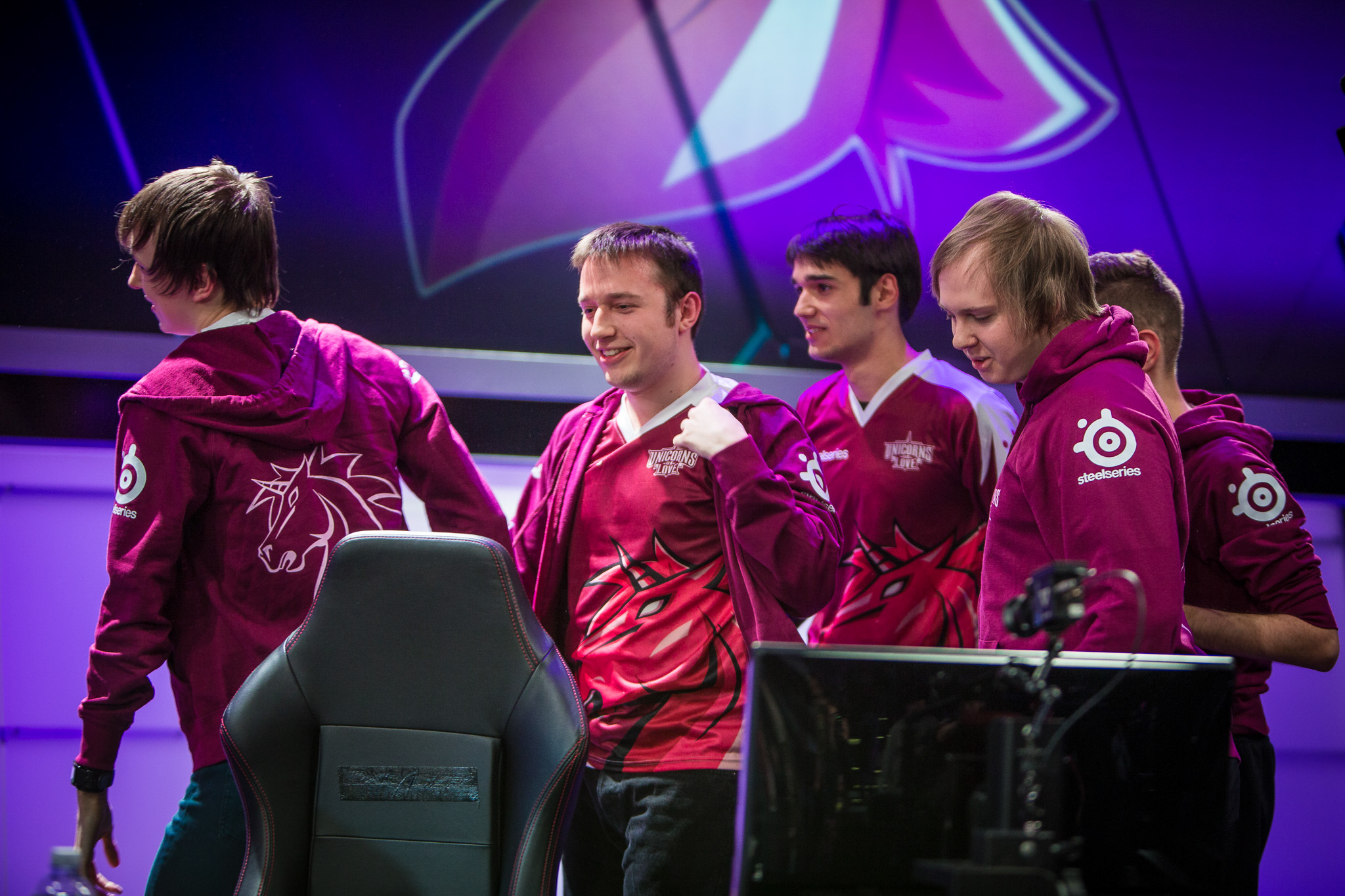 The Unicorns of Love became a fan favorite team due to their lovable players and fun playstyle. In the EU LCS, the Unicorns made playoffs in their first split, then pulled off one of the biggest upsets in LCS history by beating the top-seeded SK Gaming. Despite losing the finals to Fnatic, the Unicorns were now a respected team with high aspirations. Another playoff appearance in Summer saw the Unicorns primed for a Worlds qualification spot if they could win just one best-of-five.

Unfortunately for the Unicorns of Love, they were swept by Origin. This began Vizicsacsi’s quest for an appearance at the World Championships. While the Unicorns were not as strong in the 2016 season, they still earned enough points for a gauntlet appearance, but they would have to run through it all. And they nearly did, sweeping Giants Gaming and Fnatic on their way to the finals. Once again, Vizicsacsi and the Unicorns fell short.

In 2017, the Unicorns looked much stronger overall, taking another second place in Spring and a playoff appearance in Summer. Vizicsacsi even earned the title of Spring Split MVP. Still, they were not able to run through the gauntlet, going down to H2k in five games in the semifinal.

At this point, Vizicsacsi was looking for a change. A rebuilding Schalke 04 back from the Challenger Series would be his new home. The team didn’t gel right away, placing eighth in the Spring Split. When Summer rolled around, however, Vizicsacsi and Schalke turned it up a notch.

They ended the split tied for second with a 12-6 record. In the playoffs, they took down Splyce and rolled through Vitality on their way to finals. While Schalke fell in the match against Fnatic, their runner-up status earned them enough points for yet another gauntlet appearance, as the final boss no less. 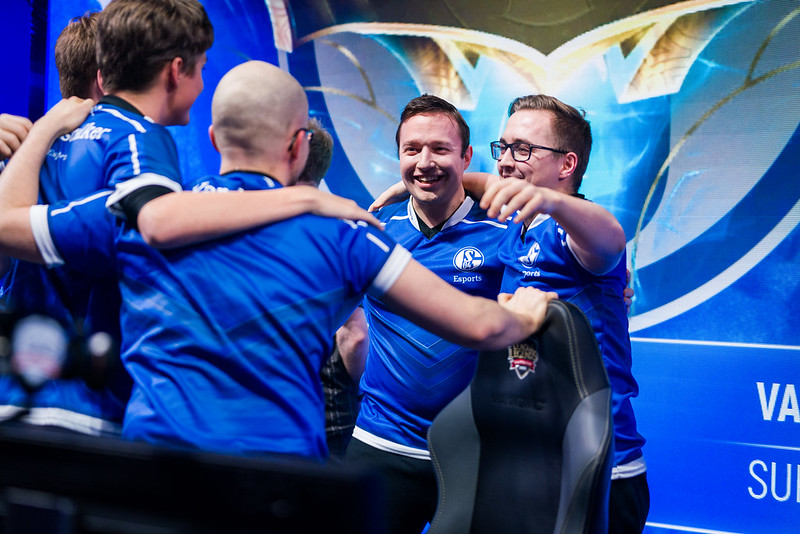 After failing to get over the hump with Unicorns of Love, Vizicsacsi joined Schalke 04 (Photo via Riot Games)

In yet another tragic end to the season, Schalke fell to G2 in the home stretch, forcing Vizicsacsi to watch Worlds from home for the fourth straight year. When his contract was not renewed by Schalke, fans were worried if the now 25-year-old could find a spot in the newly franchised League of Legends European Championship.

Fortunately, Splyce had just made it past the LEC application process with Vizicsacsi in tow. Their Spring split went well, placing fourth in the regular season and top four in playoffs. In Summer, an early exit from the playoffs had Splyce still qualify for the gauntlet.

Their first test was Origen. While they did put up a good fight, Splyce was able to edge them out in a five-game series. In the Worlds qualifier match, Vizicsacsi helped Splyce to sweep his former team in Schalke. Vizicsacsi was going to Worlds for the first time in his career.

Once there, Splyce had to make it through the play-in stage. They topped their group, but for their advancement match, fate played a game with Vizicsacsi. He had to face the Unicorns of Love, his first home. The Unicorns were the CIS representative, having moved there after they didn’t make the cut for the LEC. This would go on to be the bloodiest series in Worlds history and the closest play-ins match ever. In the end, Vizicsacsi and Splyce triumphed in five games, making it to the group stage. 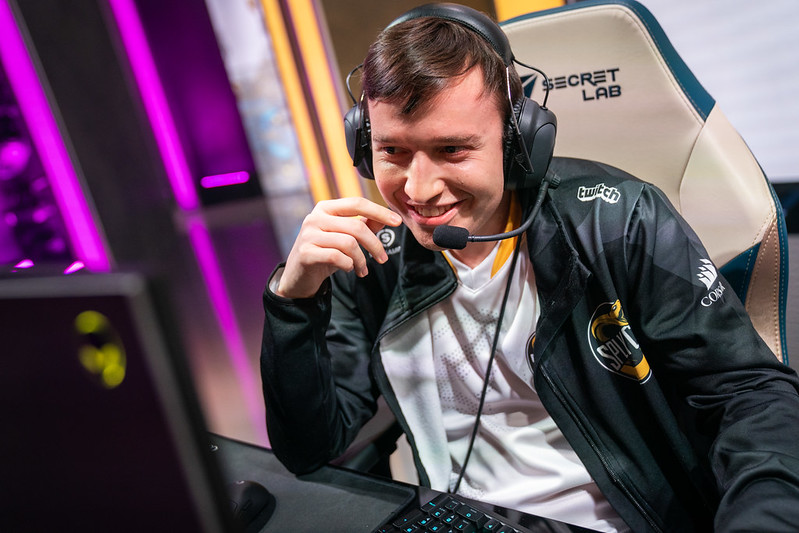 In his final season, Vizicsacsi was able to finally make it to Worlds (Photo via Riot Games)

Splyce received a favorable group draw, but still had some tough competition. At the end of their first day, Splyce were at the bottom of the group. With their backs against the wall, Vizicsacsi and Splyce swept the final day of the group, even beating the eventual World Champions in FunPlus Phoenix to advance.

Read More: Vizicsacsi: I  just want this journey to be as long as we can possibly make it

Even though their journey ended after a rough match against tournament favorites SK Telecom T1, Splyce had done the improbable by making it this far. For Vizicsacsi, he had accomplished his goal of getting to Worlds and then some. Advancing past the group stage is a feat few pro players ever manage, and Vizicsacsi proved he had it in him for all these years.

His retirement announcement comes at the end of a respectable career. Despite never actually winning a European title, Vizicsacsi was in the elite club for top laners during the majority of his time playing. Whether it was his iconic off-meta picks and playstyle, his ability to be a rock in the top lane, or his incredible carry performances, Vizicsacsi is a name every fan knows. While he will certainly be missed in LEC next year, his legacy will not soon be forgotten.