Vitality is in Search of a Sixth CS:GO Players 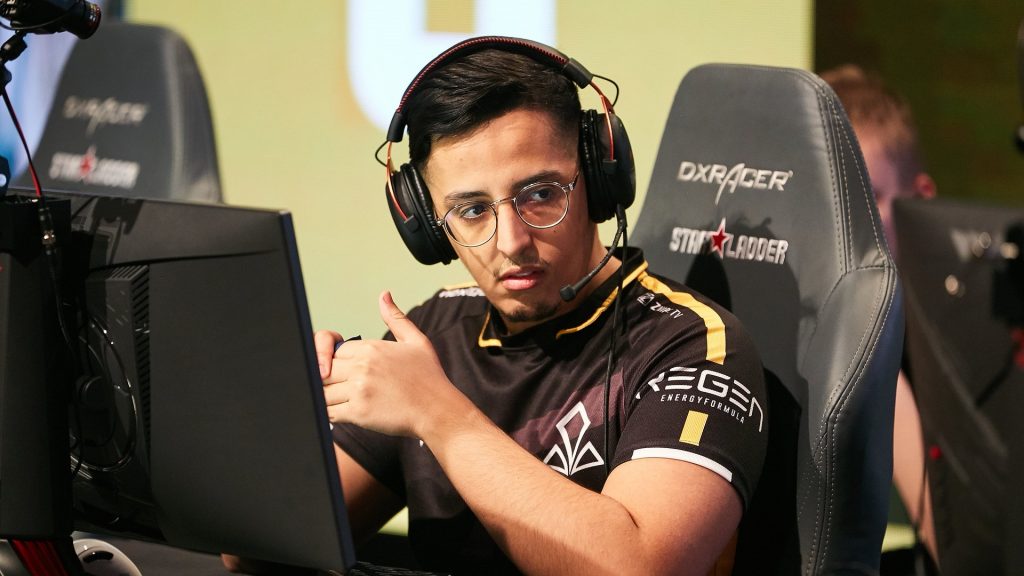 Ali “hAdji” Hainouiss is one of four players considered for Team Vitality’s quest for a sixth player. (Photo courtesy StarLadder)

Vitality is reportedly looking for a sixth player, according to 1pv.fr. The roster is looking at four potential candidates that will help fill in any holes left by players needing rest.

LDLC’s Ali “hAdji” Hainouiss is one of the players considered for the role, as is Bryan “Maka” Canda, and Nabil “Nivera” Benrlitom. The two latter names currently play for Team Heretics. Finally, Nicolas “Keoz” Dgus from K23 is the fourth player considered as the sixth person to join Vitality. The rumour indicates that the player that signs for Vitality is the one where the negotiations between organizations were the most successful.

For hAdji this is not the first time he and Team Vitality have roster links. The player was once connected back when Vitality needed a new player to replace Alex “ALEX” McMeekin when he chose to step down from the roster during his burnout period in March 2020. However, Vitality went with Kévin “misutaaa” Rabier as its choice for the team.

The other players don’t have as much of a connection with Vitality, but they have earned enough stardom to for Vitality to warrant their abilities. Team Heretics emerged as one of the stronger teams during the online period, quickly rising to one of the top 20 teams in the world during April-June. Both players on that roster have the capabilities to appear as a great fit as they have proven their talent is capable of reaching to a fine European calibre.

On the other hand, Keoz is a player that upset Team Vitality in the opening days of the StarLadder Berlin Major. Keoz was part of the Syman Gaming roster before their rebrand to K23. On August 23, 2019, Syman got a best-of-one upset against Vitality 16-8 on Dust 2, a map that Vitality was once the best in the world on. Team Vitality has seen his ability first-hand, so they have the respect for the player to join the roster if it comes to it.

They join a wave of teams looking to enhance their rosters with more than five active players. Throughout 2020, players have walked away from their roster because of a variety of mental and physical reasons. The latest to walk away from his team is Complexity’s Owen “oBo” Schlatter. oBo decided that he wanted to return to North America after spending most his time locked away in Europe due to the COVID-19 pandemic. This is just one example of why teams are choosing to sign a sixth player on their roster as teams look to offer more rest to their players than before.