Vitality Coach XTQZZZ to Use Six Players As Core, Not Substitute 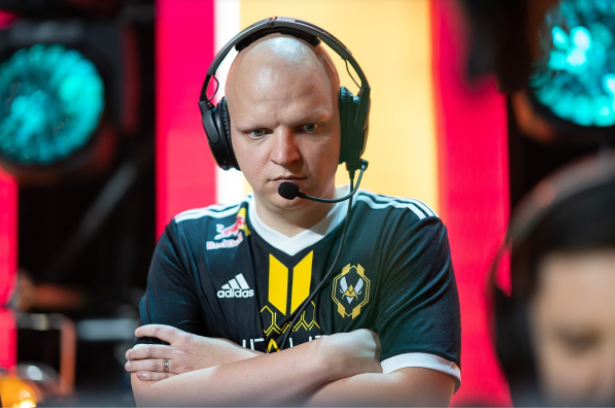 Rémy "XTQZZZ" Quoniam believes that six-man rosters shouldn’t be viewed as a 5+1, rather as an extensive unit. (Photo courtesy EPICENTER)

2020 has been a bit of a roller coaster for competitive CS:GO. The combination of the pandemic, training time, and stress from constant travelling from years before has caused organizations to reassess the traditional five-player roster. Several teams are now opting to add a sixth or more player to their line-up to combat issues like burnout.

The prime example of this is Astralis, who needed the spare Danish players to continue competing from May till October. The pure implementation of the extra players is the biggest reason why they managed to stay competing in events like the ESL Pro League Season 12. However, they recently announced that the three-time winning core of their roster is back together as of BLAST Premier Fall. Andreas “Xyp9x” Højsleth has returned, after a hiatus and the team is back to competing as they were before. The remaining sixth player, Lucas “Bubzkji” Andersen, has since only seen stage time when Astralis decided to sub him in as a temporary coach when Danny “zonic” Sørensen fell ill. While that is no clear indicator of the future of the Astralis extended roster, the signs already point back to a return to normalcy.

With Astralis seemingly returning to their core five in the short term, and many rosters opting to remain as five, how much space has the six-man roster gained in its 2020 discussion? Out of the top teams in Europe, Team Vitality is the one organization taking a very different spin on the six-man concept.

Six Players As A Core, Not a Substitute

Rémy “XTQZZZ” Quoniam, Head Coach for Team Vitality feels that the conversation around six-man rosters is negative. For them, their inclusion of Nabil “Nivera” Benrlitom is not about making him a sixth player on the team, rather a core part of the entire roster.

“Actually, we don’t like the ‘sixth man’ name,” said XTQZZZ. “It doesn’t fit our game philosophy. We made a choice of real rotation between our players, with their key strengths. The goal for them is to improve on every map and support each other to show that everybody is competitive. In our case, Nivera is not a ‘sixth player’ he is an integral part of the team. People consider being ‘the sixth’ as an insult, as to be the one that is not really involved. Once again, it all depends on what the team is really willing to do with this ‘sixth’ player. Different strategies can be done. For us, Nivera will be integrated gradually and will train like any other player on our roster.”

Vitality is already on track to living up to their message, after playing all members of their extended roster during their recent Blast Premier Group B appearances. The team continued to primarily rotate between Nivera and Kévin “Misutaaa“ Rabier, with Richard “shox” Papillon getting subbed out during their final map against BIG.

The methodology Vitality is using is potentially something that Cloud9 is going to look into. In a recent HLTV interview with Cloud9’s Henry “HenryG” Greer, he explained that adding players when things go wrong is the trend. He wants Cloud9’s extra player to be an integral part of the roster, practicing and able to compete on a notice. While he has not added one now, he intends to get an experienced player with the maturity to get involved with this project.

“He’ll be actively ready and working with us in practice.” HenryG told HLTV. “It’s not to keep the players on their toes. The world has proven to be very unpredictable, so if we have travel issues, if we have someone who falls ill, I want to have a very competent player who knows the role and everything we’re doing and is a very versatile player. That’s my plan. I haven’t signed that player but I have a shortlist of players.”

Both teams seem to hint at maturity for the role. While some see that a sixth player status is a 5 + 1, these two organizations seem to identify the risk and strategic value of the role. Rosters looking at this solution need to work out where, when, and why they are tactically substituting players. It is also about best assessing the strength of the players going in and out of the server for every map they make changes. Unlocking this mystery is key to succeeding using this roster size.

However, there is a risk in using this largely uncharted roster structure, it’s expensive, among other things. Furthermore, some player attitudes may not adapt to it. Fnatic’s Jesper “JW” Wecksell highlighted something about the nature of competitors wanting to compete regularly and being the star player. A position as the sixth man is potentially limiting for a player.

This kind of highlights one of the big problems with 6+ man rosters to me. Why be a "backup player" for a great team when you can get to be a starting player for a really good team? The main passion we all have is competing and you get to compete more in a starting lineup, no?

This is where Vitality (and teams looking to try the six-man army roster) can change attitudes about the roster size. As it stands Vitality is yet to complete their experimentation with this new squad properly. But they already believe that a new coat of paint could help people appreciate the concept better.

“If your definition is limited to ‘I’m the sixth player’, well yes, this guy will suffer from this position.” said XTQZZZ. “Our strategy is different: we are a six-man army, not a 5 + 1 one. I get JW’s point of view which is maybe right, maybe not. After all, this is a whole cultural and strategic change in the industry, who knows if it’s the right one? We just want to adopt a policy to make the players feel good this year. Our two previous years of experience have shown one thing: everybody has ups and downs. The problem is that when a player experiences a ‘down’ he has no choice but to get back in the game with this bad mentality as we have limited options. Going forward we are committed to looking after our players and giving them the best tools to perform and feel at their best.”

The role of the six-man roster is ever-changing. Perhaps Vitality’s project can change the minds of players as the roster bears the fruit of combating burnout, encouraging skill growth and having tactical superiority by using a six-man army. Vitality seems very committed to the experiment. It will be interesting to see if anyone else steps up to the challenge when the dust settles on the new look of the roster.