Vitality and Fnatic Top Group A at DreamHack Open Fall 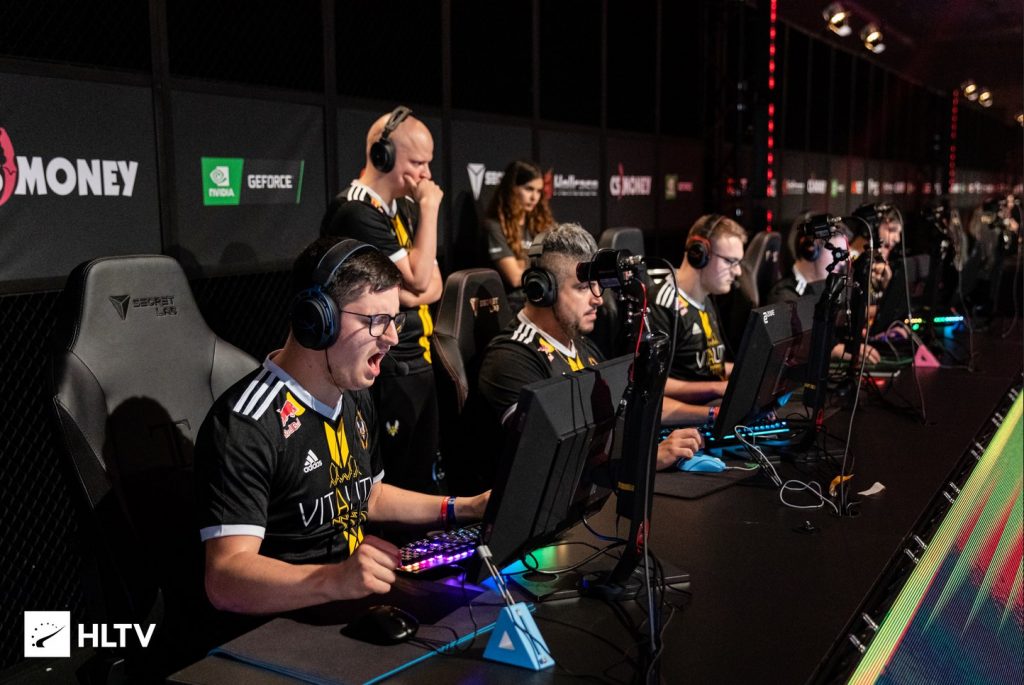 Europe’s final RMR event of 2020, DreamHack Open Fall, has concluded its group stage. Team Vitality has come out on top of Group A after taking down mousesports and Fnatic. Fnatic earned second seed with a win in the decider match against OG. Since playoffs will consist of 12 teams in a double elimination bracket, OG has also advanced, but will start on the losers’ side.

Group A was one of the more stacked groups on paper. While Vitality did come in as favorites, the presence of Fnatic, OG, and mousesports meant that there were no true pushovers. Wanting to make up for their failure at IEM New York, Vitality got to work. The first match pitted them against mousesports. Mouz’s Nuke pick was up first. Starting on the T side, mousesports couldn’t find any openings against the French defense. Vitality took a 12-3 lead at the half. Now on the attack, Cedric “RpK” Guipouy stood out as the key contributor. His 26-13 K-D ratio with 125.8 ADR was the most in the game by far. With not a single negative K-D, Vitality won map one 16-6.

Game two on Dust2 started out with a similar tone. Vitality once again was able to stroll through mousesports in the first half, this time from the T side. A 11-4 lead was the result. Mousesports tried their best to fight back in the second half. Unfortunately, they couldn’t keep pace as Vitality dug in to complete the 16-12 victory and a spot in the winners’ match.

Facing them down would be Fnatic who had just 2-1’d OG. The first map was Fnatic’s Inferno. The Swedish side showed a great game all the way through, taking 11 rounds on the T side before having a near perfect CT performance. A 16-5 stomp gave Fnatic the upper hand in the series.

Vitality responded in kind on Nuke, putting up 10 rounds on their offense. The French squad then also had a near perfect defense, shutting Fnatic out of all but one round. Another quick map resulted in a 16-6 to force a tiebreaker. Matthieu “ZywOo” Herbaut was dialed in the entire time, dropping 30 kills in just 22 rounds.

A close map three on Mirage was the expectation. In reality, the contest turned into the ZywOo show very early on. Down 6-3 on the CT side and on a save round, ZywOo hit five clean shots with the Desert Eagle to swing the momentum back in Vitality’s favor.

ZywOo’s dominance continued as Vitality ran away with the game. His nuclear 39-12 K-D, 145.7 ADR, and 2.34 HLTV rating was the best individual performance of groups. The French side outscored Fnatic 13-4 in the last 17 rounds of play. A 16-10 score line put Vitality through to the playoffs in first seed.

Fnatic now had to fight against OG for the last upper bracket spot in the group. Seeing Fnatic lose on Mirage, OG went to the map first. Unfortunately for them, the map was much more difficult without a ZywOo. Despite a good first half T side start, OG were unable to play defense as Fnatic caused confusion within their ranks. A 6-9 start for the Swedes was answered by 10 rounds on T side to steal their opponent’s map 16-12.

Inferno was up next and was competitive the whole way through. An 8-7 OG lead at the half left the door wide open for either team. After losing the second pistol round, Fnatic found six straight on the defense, five coming on bomb site retakes. With lots of cash in their pockets from loss bonus and plant money, OG stormed back to win the last five rounds in a row and take the 16-13 victory.

Overpass would be the decider map. It was another absolute barn burner, resulting in the closest score of the series. Every round mattered as the teams traded blows back and forth. OG were looking to even up the score at the half again, but Robin “flusha” Ronnquist pulled off a 1v4 on the B site attack to solidify a 9-6 lead for Fnatic.

OG had similar success on their T side, stealing the second round force buy from under Fnatic’s nose. The momentum allowed OG to hit match point first at 14-13. With their backs against the wall, Fnatic stood tall to stop OG in the final three rounds, resulting in a 16-14 win for the Swedish side.

With that, Vitality and Fnatic have finished top two in the group. Although OG came out on the losing end, they will still have a chance in the losers’ bracket of playoffs. The group was drawn into matchups against group D’s advancing teams. Their initial matches begin on October 19th with Team Vitality vs Ninjas in Pyjamas and Fnatic vs North.