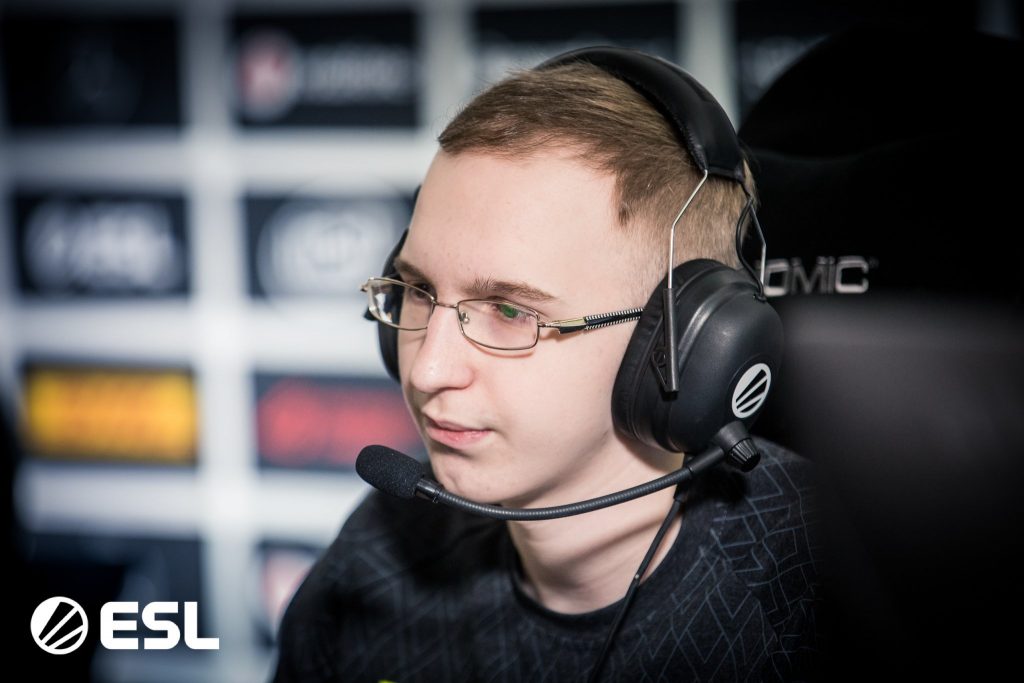 Virtus.pro has signed Save- to a contract after a successful month-long trial. (Image via ESL)

Virtus.pro has made Vitaliy “Save-” Melnic an official member of their Dota 2 team, after trialing him on the squad for a month.

Save- joined Virtus.pro on October 2, having previously played for FlyToMoon. The 18-year-old position four support player competed with Virtus.pro for the first two Dota Pro Circuit qualifiers of the year. The team secured a spot at the DOTA Summit 11 Minor, but has since declined the opportunity to compete there. They most recently competed at ESL One Hamburg 2019, finishing in fifth-sixth position.

The CIS organization has a history of success in Dota 2. They finished first in the Dota Pro Circuit during its inaugural season in 2017-2018 and most recently were the second-place team for 2018-2019. Unfortunately, the team has had a hard time converting their year-round success into success at The International.

After finishing in ninth-twelfth at The International 2019 in late August, Virtus.pro began to make roster changes. For the current DPC season, the team has replaced three players with Save-, carry player Egor “epileptick1d” Grigorenko and Roman “Resolut1on” Fominok in the offlane.

Regarding his new contract, Save- said in the press release, “I’m glad I managed to meet my teammates’ expectations. I will keep improving my game further, learning new things and doing my best for overall success. Thanks to everyone for believing in me!”

Also in the press release, Virtus.pro General Manager, Roman Dvoryankin, said of the decision: “Save- performed well this month and deserved a spot in the regular roster. He’s noticeably stepping his game up both in personal skills and communications with teammates bringing a new approach to the team.”

Virtus.pro has been invited to compete in December at the ONE Esports Dota 2 World Pro Invitational Singapore, a US$500,000 event being held in Singapore. They will also, presumably, compete in the next round of DPC Qualifiers, scheduled to run December 1-6.