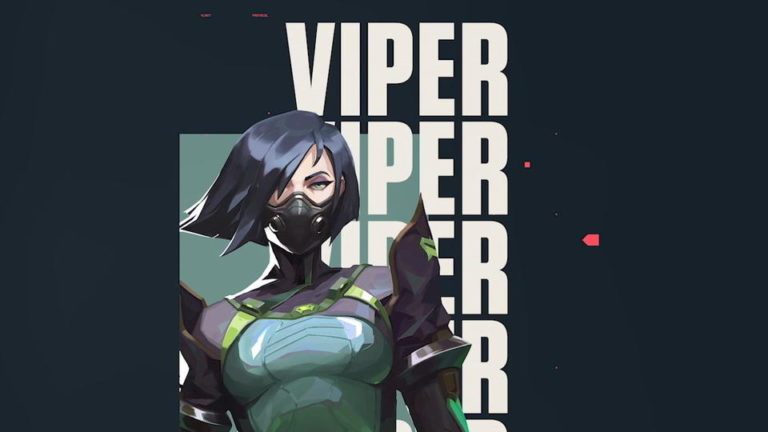 VALORANT Patch 1.04 adds significant buffs to Viper, which makes her a more viable choice for players. Other Agents also received slight updates and nerfs to balance out their Ultimate abilities without making them useless. Fans of the Classic handgun can also expect the weapon to perform more consistently. (Photo courtesy Riot Games)

VALORANT Patch 1.04 adds significant buffs to Viper, which makes her a more viable choice for players. Other Agents also received slight updates and nerfs to balance out their Ultimate abilities without making them useless. Fans of the Classic handgun can also expect the weapon to perform more consistently.

Patch Notes 1.04 is here with some changes. Four Agents get some polish, a bug fix for the Classic gave us an opportunity to go in and tune the weapon’s behaviour, and more. Read the rest here: https://t.co/PQxAaF80eC pic.twitter.com/94h24BFjyk

Viper received the most significant update in the latest patch. Players can now spend more time outside Viper’s Pit before it collapses, which will allow players to move more freely while the ability is activated. The max time outside of her Ultimate was increased from five to 15 seconds.

Players can now hold the ability key to drop Viper’s Ultimate early, which lowers the amount of time they are vulnerable. Enemies inside of Viper’s Pit will also now have their minimap obscured and do not provide minimap detection to their allies. Enemies will also glow a brighter red at the edge of Viper’s near-sight.

Enemy decay per second has also increased from 10 to 15 seconds from all sources. Decay also sustains for 2.5 seconds after escaping Viper’s smoke, which gives players more time to capitalize on the damage. Viper’s Poison Cloud and Toxic Screen no longer consume fuel at the same time, so players can now use both utilities and only pay the cost of having one active.

Viper’s updates will make her Ultimate ability more potent as she can now move around with ease and not worry about enemies revealing her location on the minimap. The updated Decay will likely let Viper’s team eliminate players in or around her smoke with ease, and the fuel update will make her abilities easier to use simultaneously.

The price of Raze and Brimstone’s Ultimate abilities has increased from six to 7 Ult points.

Riot Games explained in the Patch Notes that Raze’s Ultimate ability is useful in almost any situation and was being used too often. The increase in cost will reduce how often the other team will encounter the ability and help balance its usage.

Brimstone’s Orbital Strike was also heavily used in matches. The ability can be used effectively in several situations and often impacted several rounds per game. The increase in cost will also balance the abilities usage without severely changing it.

Brimstone’s Stim Beacon also received a slight update to make it more useful. Enemies will no longer receive a buff inside of the Stim Beacon and can no longer see it’s effect radius. Brimstone players will no longer have to worry about accidentally providing a buff to the enemy team. The popular Agent also received a small update to his arms, which are now more prominent in the first-person view, which is meant to match the overall quality of the game.

The final Agent to receive and update was Cypher. Players can pick up his Cyber Cage during the buy phase in case they accidentally deploy the ability before the round starts.

The Classic default handgun also received a few updates that should make it perform more consistently.

Players can now enjoy a 10% bonus to accuracy when crouching or stationary while using the Classic. The updates will provide a consistent accuracy benefit and to make the weapon more useful.

Patch 1.04 also added quality of life updates and various bug fixes. A full list of these changes can be found in the official Patch Notes.