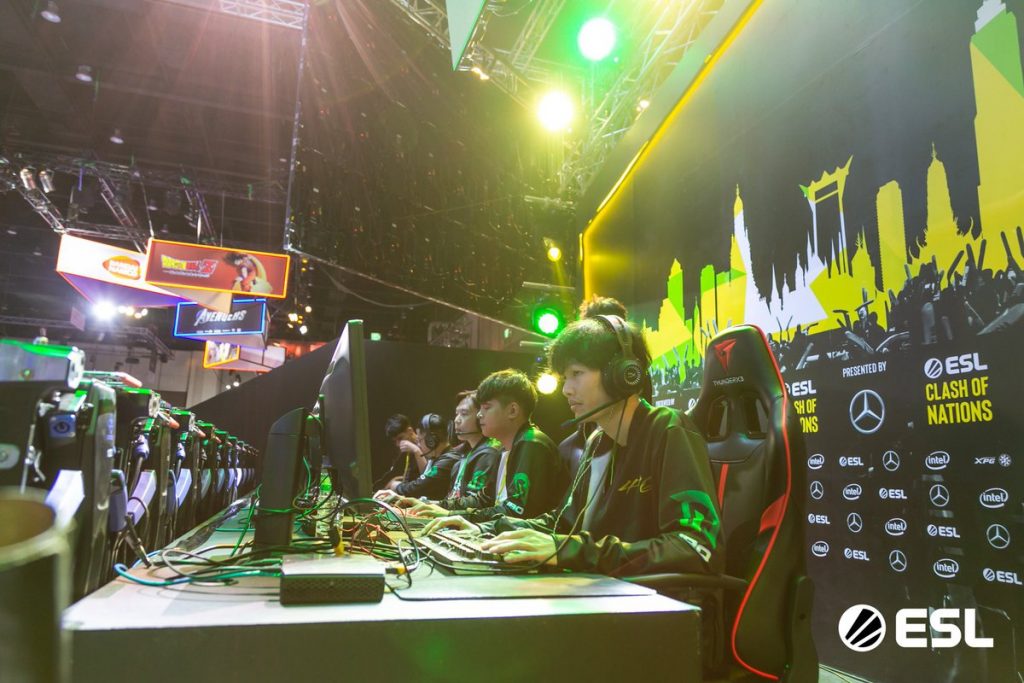 Though the competition around them may not have been of the highest caliber, the Vietnamese squad will definitely take this as a big step forward. (Photo courtesy ESL)

All-Vietnamese Dota 2 team 496 Gaming have just completed the dream run at the OMEGA League Asia Divine Division, blazing trails through both the group stage and the playoffs to take the trophy and $14,000 in prize money.

They cruised through the tournament as a whole, ending their stint in the competition completely undefeated in terms of matches. They dropped a measly two maps in the group stage, securing the top spot and an easy berth in the upper bracket as a result. They continued their incredible success in the playoffs, losing just three games in total until the very end.

We lose the series against 496 Gaming, A really strong showing from them as they seal the series. GG to our boys from Cavite for a great run from open qualifiers to grand finals.Congratulations to 496 Gaming! #labanexe pic.twitter.com/uWA7auYOUq

Their adversary in the grand final match was Filipino squad Execration who, likewise, pulled off a miraculous stretch of victories all the way from the start of the lower bracket. Execration were forced to play from there as a result of their poor performance in the group stage, which was barely enough to keep them from getting eliminated straight away. The Filipinos went into the grand finals with a distinct “advantage” of sorts: that being their win over 496 Gaming in the Southeast Asian qualifiers for the tournament itself.

Nevertheless, the Viets steeled themselves against an opponent that had defeated them in the past. The first game saw carry and team captain Trịnh “458” Văn Thọ make an immediate statement, destroying Execration with his 19-0 Spectre. Of course, mid laner Bùi “htz” Văn Hùng did his best not to be completely outshone by his teammate, putting in a stellar 12-1 performance with Magnus.

Naturally the help from htz’s Empower allowed 458 to farm at an insane pace, clocking in at 714 gold per minute by the end of the 34 and a half minute game. With no effective answers to the overfarmed cores of 496, Execration admitted defeat in the first outing.

The second map was all about 458 once again, this time playing Alchemist after his Spectre was snatched up by Execration as their third pick. He was off to the races a second time, his GPM count soaring to four digits throughout the 35 minute contest. Although Execration put up a much more valiant effort this time around, the out of control 458 simply overwhelmed them before Jin “Palos” Lamatao’s Spectre could pose a serious threat.

With their backs against the wall, Execration had to dig deep in order to prevent the sweep. They did this in the third map, making all the right decisions in clutch moments to get themselves on the board. Although the kill scores were almost equal for both teams, Execration’s crisp play allowed them to stay just a bit ahead of 496 Gaming throughout the whole game. Two perfectly-executed teamfights at the end helped them seal the deal — but the comeback was not meant to be.

Dispelling any illusions Execration may have had of a reverse sweep, 496 Gaming proceeded to hammer down the final nail in the Filipino team’s coffin in the fourth game. This time around, offlaner Nguyễn “Datbb” Thành Đạt made a significant impact as Viper, assisting htz’s Death Prophet in securing kill after kill in a 32 minute thrashing. Nothing that Execration tried ever worked against the Viets’ rapidly increasing momentum, causing them to give up 43 deaths while scoring just 16 kills of their own. They were left reeling by the end of the series, conceding the championship to their rivals.

Although the event primarily featured tier 2 and tier 3 Asian teams, this result is definitely something that 496 Gaming can be proud of nonetheless. This is perhaps the best outcome for a Vietnamese squad since the glory days of StarsBoba. Probably the most successful Vietnamese team of all time, StarsBoba once competed against the likes of SEA legends Chai “Mushi” Yee Fung and Ng “YamateH” Wei Poong in DotA Allstars.

If 496 Gaming can learn and grow from this victory at the OMEGA League, they could very well be on their way to matching or exceeding StarsBoba. Until then, they will have to prove themselves in other events in their region — preferably those with marquee squads like Fnatic and Geek Fam in the mix. But for now, they can celebrate their progress for a bit, and pat themselves on the back for a well-earned title.