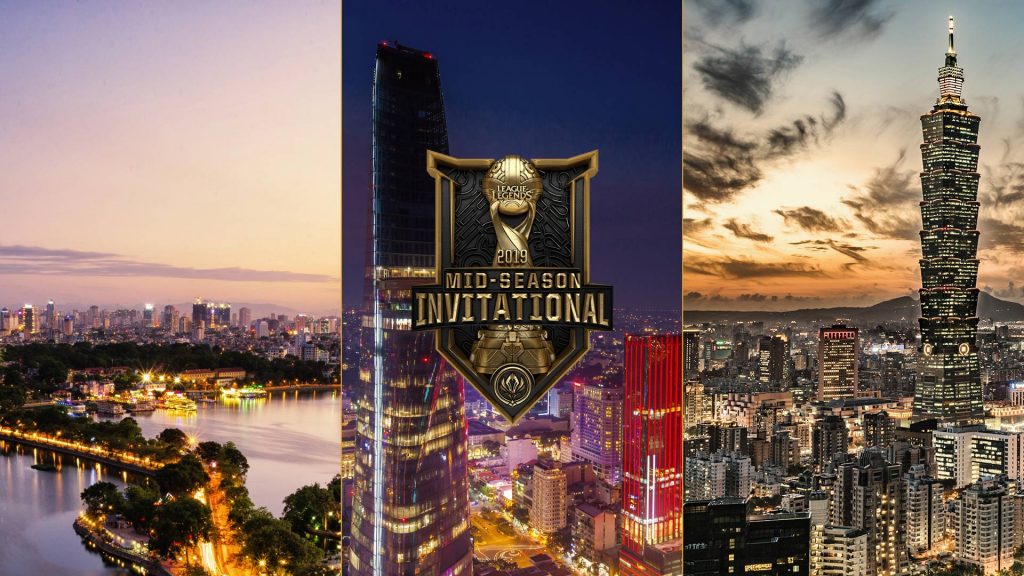 MSI will being with the Play-In Stage in Hanoi, then the Group Stage in Ho Chi Minh City before ending in Taipei for the Semifinals and Finals.

League of Legend’s Mid-Season Invitational (MSI) 2019 is heading to Asia. Beginning with the Play-In Stage in Hanoi, Vietnam, then the Group Stage in Ho Chi Minh City, Vietnam, the event will end up in Taipei, Taiwan for the Semifinals and Finals. The tournament will take place from May 1-19.

In the press release, Riot cited the “storied history” of the region with LoL esports as motivating the decision to host MSI in Vietnam and Chinese Taipei. This included the Taipei Assassins’ winning the World Championship in 2012 and last year’s launch of the Vietnam Championship Series.

MSI is a global event with thirteen regions sending their Split Champions to compete for the title of “MSI Champion.” The 2018 MSI was won by Royal Never Give Up, representing China and the LPL. They went home with approximately US$527,650 in prize money. That tournament was held in Germany and France. Royal Never Give Up went on to place 5-8th at the World Championships later in the year, while World Champions Invictus Gaming didn’t compete at MSI that year.

Tickets will go on sale in mid-March, and details regarding venues are forthcoming.