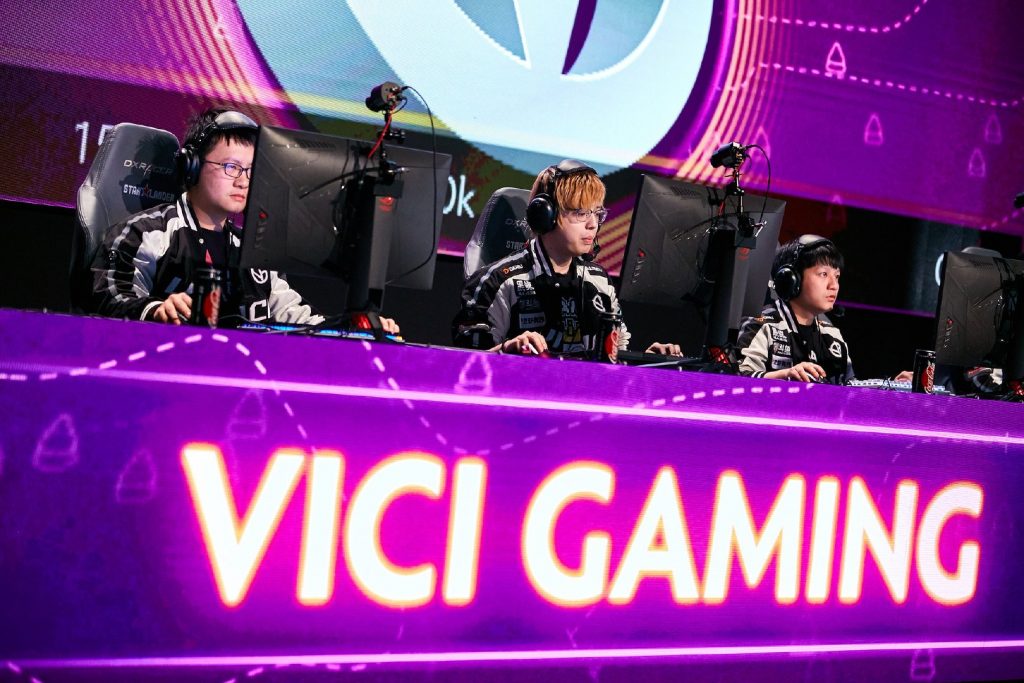 Vici Gaming took home top honors at the StarLadder ImbaTV Dota 2 Minor. They will advance to the DreamLeague Season 11 in Stockholm, Sweden. That event begins March 14. The other seven teams at StarLadder will head back to the practice room to prepare for the next round of Dota 2 Pro Circuit (DPC) qualifiers. Some of them will likely take a step back to reconsider their rosters as there are only four DPC events left this season.

The final day of StarLadder featured two semi-finals, which were best-of-three series, and the best-of-five Grand Finals. Each series was a stomp: one team establishing dominance over their opponent.

Vici Gaming will be happy to attend their third Major of the DPC season. Having to compete in Kiev does mean there’s more footage of them for other teams to study, but it means VG has had more competitive experience on the current patch than most of the other squads. Unlike the previous two Minor-Major sets, VG will not need to contend with significant travel nor a time zone change to attend DreamLeague.

The Chinese team’s performance in Kiev was very strong. They only dropped a single game the entire tournament, one game to Gambit Esports during the group stage. The team had a good laning performance and were able to set the pace in many of their games. It was not surprising that the team won, though they’ve been a bit inconsistent in the past couple months. They had more experience as a team than all of the other teams at the event. Moreover, legendary player-now-coach Bai “rOtK” Fan seems to be quite involved in the drafting and strategizing for the team.

Meanwhile, even with stand-in Rostislav “fn” Lozovoi, Gambit looked solid at StarLadder. It wouldn’t have surprised anyone if they had been able to beat VG in the Grand Finals. The CIS squad have been securely in the second/third CIS slot this season and will be disappointed about not pushing through to the Major. Captain Artsiom “fng” Barshack received a lot of praise from the broadcasting talent for the impact he’s had on the squad.  The team is currently sitting seventeen points out of the top twelve in the DPC rankings, though this will change after the next Major ends. They’d certainly like to make it to the fourth and fifth Majors of the season to secure a higher position in the standings.

The StarLadder Minor’s broadcast talent kept the event moving, with some solid insights into the teams. In particular, Grant “GrandGrant” Harris provided invaluable context for Flying Penguins, who placed third-fourth. His insight into the backgrounds of the players helped frame the unexpected success of the squad. Ioannis “Fogged” Loucas dd an especially great job of drawing attention to some of the details that are hard for viewers to pick up on and that can have a big impact on a match’s outcome.

As an example, he and Owen “ODPixel” Davies discussed Gambit Esports’ early game strategy in the first game of the Grand Finals. Fogged outlined the offlane Enigma’s decision to purchase two Rings of Regen and give them to the fourth position Bounty Hunter. This left the Enigma with only Claritys in his inventory but was presumably done to ensure the Bounty Hunter had a quick start. It was an all-in approach that ultimately did not pay-off.

StarLadder also did provided several interviews with players, ranging from serious to silly. The opportunity to hear from some of the less well-known teams was quite welcome. Tournament organizers are in a unique position to help fans get to know these potential up-and-coming squads.

The Dota 2 Pro Circuit’s next event, the DreamLeague Season 11 Major (or the Stockholm Major), will run March 14-24.  Sixteen teams will compete for $1,000,000 USD. And while the 500 DPC points from the Minor didn’t shake up the DPC standings significantly, the 15,000 points available at the Major will. The top twelve points-earning teams will receive direct invitations to The International 2019. There are currently three teams tied for twelfth place with 225 points. A seventh-eighth place finish at this tournament is all that a team requires to pop up into the top twelve of the DPC.