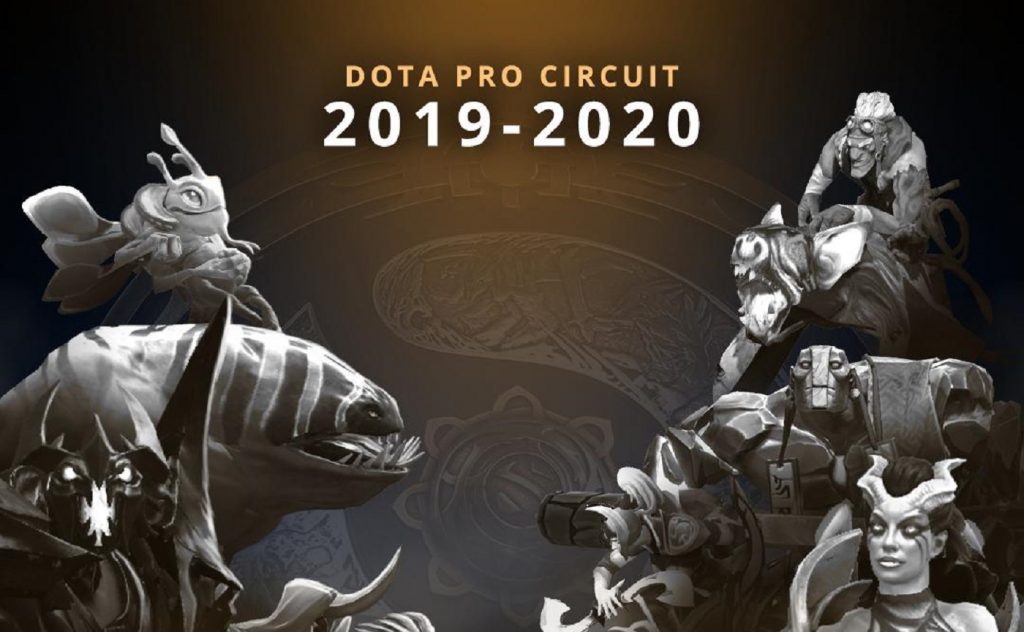 Valve announced a slightly new rule set for the 2019-2020 season of the Dota 2 Pro Circuit. These new DPC rules will guide teams and fans through the third season and reflect some of the requests from the community.

The updated DPC website contains dates and formats for qualifiers as well as events, though none of the Minors or Majors have been officially announced. Additionally, there is a modified points system, and new rules regarding sub players and roster changes.

The third season of the Dota 2 Pro Circuit will kick-off on November 7, with the first round of qualifiers. These will be region-based, with each region guaranteed two spots at each Major and one spot at each Minor. Valve will assign the remaining slots for Majors and Minors on a per-case basis. The qualifiers differ from seasons one and two because now the qualifier for the Minors and Majors are connected.

Be sure to register your teams before September 28th 10AM PST to be eligible for the first Minor / Major Qualifiers.#DPC #Dota2 #TI10 pic.twitter.com/o4auD2zVI0

Let’s get technical now, as the exact process for each regional qualifier has been broken down by Valve as follows:

Each region’s qualifier will use a three-phase process. In the first phase, teams will be divided into two groups to compete in best-of-twos. The top two from each group will advance Phase 2, while the third team will advance to Phase 3. The lower two teams in each group will receive ten DPC points each and be eliminated unless the region has three Major or two Minor invites. In those cases, the fourth-places teams will either play a best-of-three to determine who advances or, if the region has five total invites, both teams will advance.

Valve hasn’t stopped with outlining the format for qualifiers. The format for Minors and Majors has also been set in the updated DPC rules. Both will use best-of-three GSL groups of four teams each – four groups for Majors, two for Minors. The top two teams in each group will advance the Upper Bracket of the Playoffs for the tournament. In the case of Majors, the lower two teams will advance to the Lower Bracket. Each event will feature a double-elimination bracket, using best-of-threes, with a best-of-five grand finals. In the case of Majors, the first round of the Lower Bracket will be single games for elimination.

This tournament format should be very familiar to anyone who has followed the past year of the DPC. What it does is open up the door for non-DPC tournaments to experiment with formats, to keep things feeling fresh for the fans at home.

It’s All About the Points

Valve’s set the prize money for each Major at the same US$1,000,000 and Minor at $300,000. There’s an official distribution table in the new DPC rules, along with points. In addition to earning points for being knocked out of regional qualifiers, there are 15,000 points available via each Major and 660 points for each Minor.

The top twelve teams by points earned will receive direct invitations to The International 2020. All other teams will be determined by regional qualifiers (1 per region), which will be determined according to points totals as well.

Teams must now be aware of some new DPC rules regarding player changes. Any team removing a player between qualifying for a DPC event and competing at it will face an additional 20% points deduction to the points obtained during the event above and beyond the normal penalty. Teams playing with a sub at the event will receive a 40% points penalty. There’s some vagueness around the exact result here – will teams receive a 60% points deduction then?  And the language regarding points penalities for removing players from a roster has also gone missing; this was 20% in the previous DPC season.

The final deadline for player changes will be the beginning of the fifth Minor. Teams will no longer be permitted to release players from their rosters at that point, though they can add players to acquire a full set of five up until 12:00 p.m. PST the day after the last Major concludes. The International invites will occur at that time. Players connected to other teams already qualified for The International or the regional qualifiers for The International, may not participate in The International Open Qualifiers. This may have implications for China’s “player loan” system or for players who have worked as coaches for other teams up until that point but who would like to try their hand at competing.

Registration for the next season of the Dota Pro Circuit is now open. Make sure to register your team before September 28th 10AM PST to be eligible for the first major/minor qualifiers.https://t.co/hLqYPGkmpi

Dates have been set for qualifiers and Minors and Majors, though no events have been officially announced. While initially the qualifiers will fall a month before the subsequent Minor, the timeline becomes shorter across the season, with only a few weeks separating the qualifier from the final Minor.

All of the dates are as follows:

These dates push us into the same rough end-of-season timeline that the 2018-19 DPC season had, suggesting (though not ensuring) that The International 2020 could also fall toward the end of August.

If you are interested in registering a team, registration is now available. All teams interested in participating in the first qualifier must be registered by September 28 at 10:00 a.m PDT.

We will continue to update as new information about the 2019-2020 DPC rules and schedule becomes available.