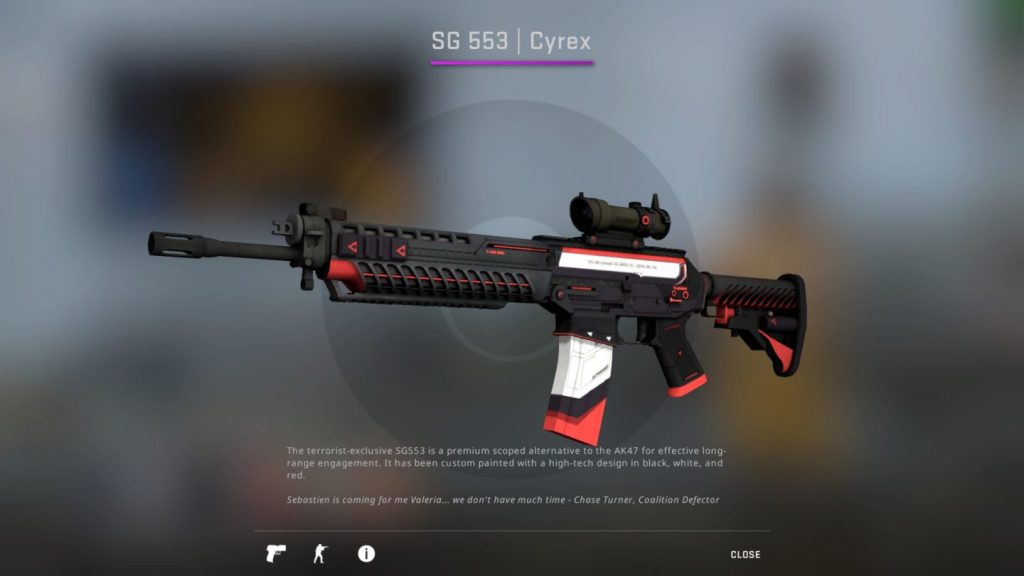 The Krieg has made a myriad of appearances in all skill brackets of CSGO, most namely in the big leagues themselves.

Valve has released an update for Counter-Strike: Global Offensive which has increased the price of the SG553 and released its ninth operation, Operation Shattered Web.

For the last several months, the Krieg has made a myriad of appearances in all skill brackets of CSGO, most namely in the big leagues themselves. The Krieg came into circulation around the end of last year, with price reductions to that and its CT-side counterpart, the AUG, having brought the weapons into the competitive conversation. As professionals began testing, and eventually adopting the scoped assault rifles on a full-time basis, it was clear they were far superior to that of the M4 and AK47 – perhaps too matchless.

The AUG was first to strike a chord with the competitive community, coercing Valve to increase its price, and then later nerf its accuracy, essentially making the weapon obsolete entirely. As for the Krieg, the Swiss assault rifle has received a similar fate: increasing its price to $3,000 to bring its cost “more in line with its value,” according to the latest CSGO blog post. Though the update doesn’t necessarily affect the Krieg and its venomous damage output or pinpoint accuracy, it’s a step in the right direction, hopefully.

More on the gameplay side of the update, Valve has served both the FAMAS and Galil and significant buff. The enhancement comes in the form of a $200 discount and an improved full-auto spray accuracy. As with many of the tedious weapon tweaks Valve implements, we won’t really find out its true effectiveness until it’s explored thoroughly at the highest level.

Over two years have passed since the release of CSGO’s last operation and today we finally get our follow-up – Operation Shattered Web.

The newest operation goes well above and beyond its routine mission-based content with never before seen features being bundled into the DLC package. Players will now be able to bring their “favorite character into battle with all-new equippable agents” through the new operation. The equippable agents will serve as the only visual character customization beyond CSGO’s infamous weapon skins for the first time in the game’s history.

Valve has additionally made a number of minor revisions to Vertigo, added Cache back into competitive matchmaking and more, which you can read in its entirety in the latest blog post.