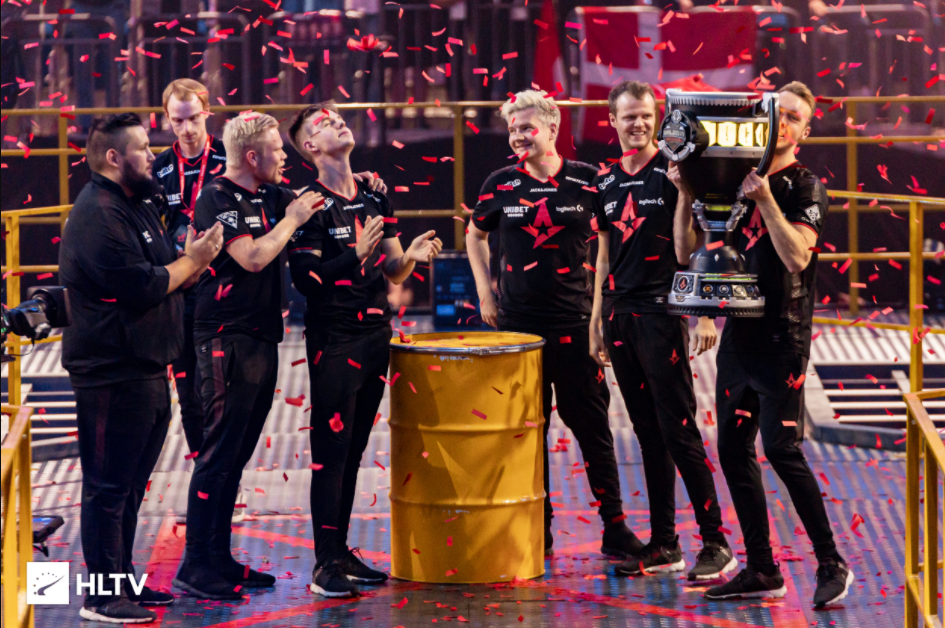 Astralis have been given a head start in the new RMR qualification standings. (Photo courtesy HLTV)

Valve has announced that they will be replacing the old invite system for Major qualification with a new Regional Major Rankings (RMR) points system. Instead of placement at the previous Major and one qualifier tournament per region deciding the 24 attendees, the new RMR system will aim at making sure that only the best current teams will be represented at the biggest Counter-Strike event there is.

To start off, Valve hasn’t completely forgotten about the previous Major’s results. They have awarded the winners, Astralis, 800 points. Teams who placed 2nd through 8th have received 600, and 9th through 16th have received 300. Still, this is a pretty small drop in the bucket for what will be available for teams to grab.

Starting with ESL One: Road to Rio, each RMR series will net teams points based on their placement. There are currently three RMR series’ planned with each one having a 25 percent increase in number of points a team can earn. This will help reward teams who place higher closer to the actual Major. Additionally, Road to Rio and the Fall RMR Series will be Valve sponsored and sport a $255,000 prize pool between six regions.

Here are the point distributions for each event that contributes to qualification for the Rio Major:

Valve is also adding a roster change clause. Teams will still be able to change their rosters, but every player changed will cost the team 20 percent of their total points. If a team changes three players, over half of the roster, they cede all points earned. This will encourage teams to stick to their rosters throughout the entire qualification period.

At the end of RMR three, the 24 teams attending the Rio Major will be confirmed. Each region has earned a certain number of guaranteed spots based on their placement at the StarLadder Major. Here are the invite distributions per region:

ESL One: Road to Rio begins on April 22nd. With the only Major qualification cycle of 2020 soon to be under way, the CS:GO scene will be heating up.