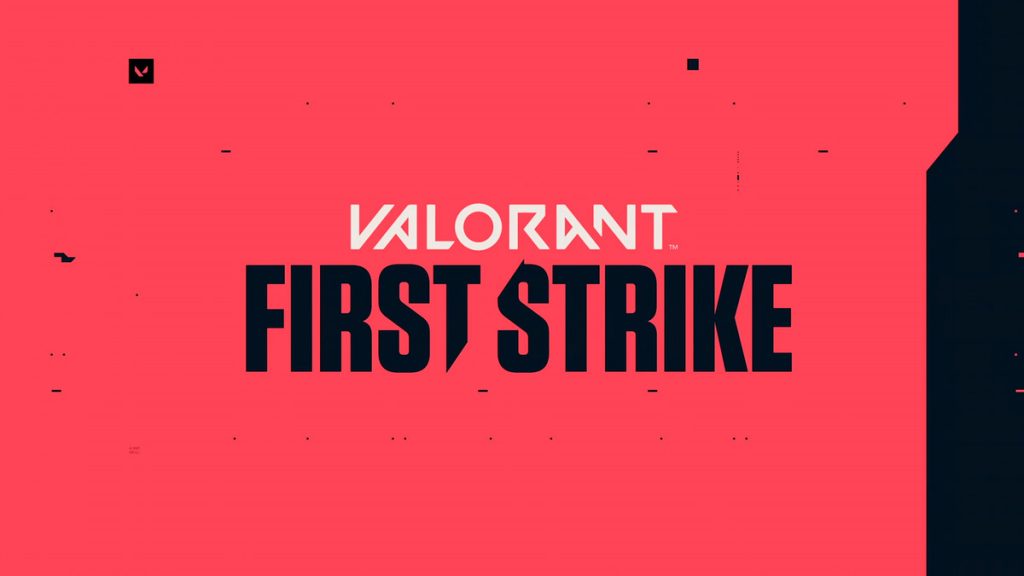 The Ignition Series has ignited an already captivating competitive scene for VALORANT, and now Riot Games is set to carry the momentum into their first official tournament – First Strike.

Announced at the end of September as the “first major VALORANT esports tournament,” First Strike will crown inaugural regional champions of the major divisions. This tournament will see action across North America, Europe, Korea, Brazil, Japan, and several other prominent regions. The regional finals will take place at the beginning of December.

We’ve produced a comprehensive guide for the First Strike events that includes qualifier dates and times, as well as participants. We’ve also included favorites for each region, as well as some sleeper picks and other noteworthy teams to watch. 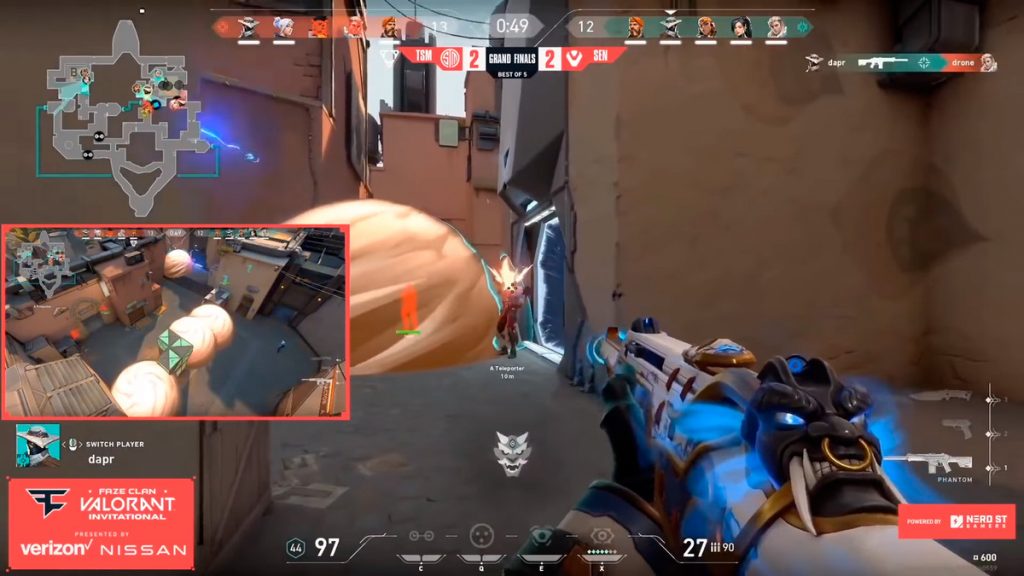 dapr gets a critical kill for Sentinels in overtime of map five against TSM at the FaZe Invitational. (Photo courtesy Riot Games and FaZe Clan)

The qualifiers for the North American region will begin on October 26th, with Ignition Series-experienced organizers Nerd Street Gamers lending a hand to run the first open tournament. Engine Media (UMG) will run the second open event. The top four teams from the NSG event will advance to First Strike, and another four will advance from UMG. Numbers 5-8 from NSG will bypass the UMG qualifier and go straight to the tournament.

There will be no direct invites to either the NSG or UMG tournaments; all teams will have to qualify through the open qualifier. We will update this hub as the teams are announced for the NSG open tournament.

Considering their consensus spots as number one and number two on nearly every ranking sheet, both Sentinels and Team SoloMid have to be considered favorites for not just making it to First Strike, but making a deep run in the regional finals. With it being the first official Riot-sponsored event, and with a massive prize pool of $100,000 on the line, then it’s almost a certainty that the two squads who dominated the Ignition Series will be in top form.

It’s hard to judge some of the other NA teams that are coming into First Strike, since lots of them have made some form of roster change since Ignition. T1 reunited brax and DaZed, added a former Overwatch star in Spyder, and returned Skadoodle to the starting lineup. 100 Thieves hit reset, giving Hiko two familiar faces in steel and nitr0, and then supplementing them with diceyzx and Asuna from Immortals. One team to watch out for: Andbox, who are coming off an impressive showing at the NSG x Renegades invitational. 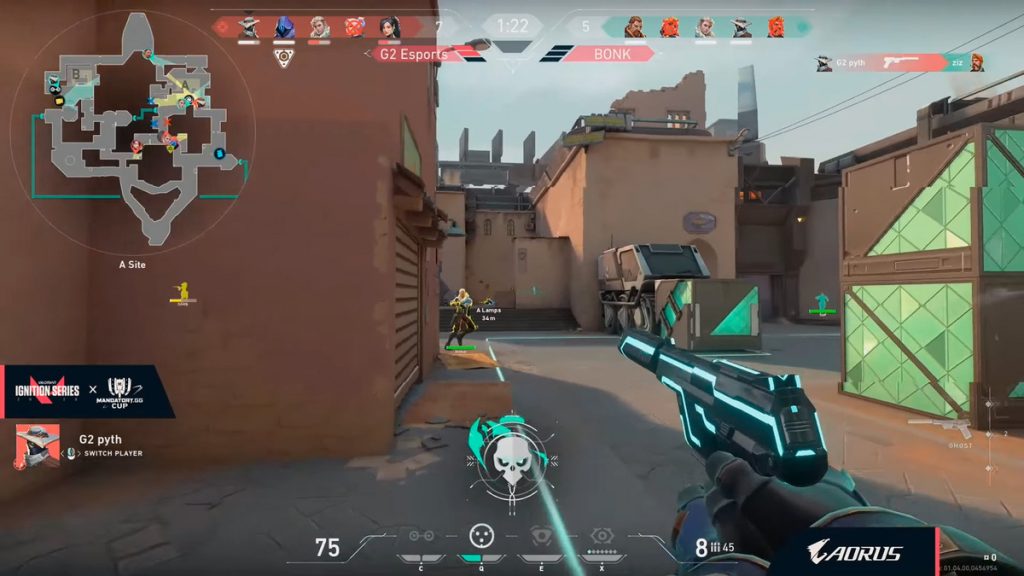 G2 in the midst of dispatching Bonk back in August. (Photo courtesy Riot Games and Mandatory.gg)

Across the pond, aspiring VALORANT pros will have the chance to compete in four different open qualifier tournaments across two weeks. Those four qualifiers will feed into two play-in tournaments that each feed into a playoff. These two playoffs will produce eight teams that will compete at the actual First Strike event. Like in North America, $100,000 in prize money is on the line.

Although the format is riddled with daunting best-of-one matches, it should be no surprise who the favorites out of this region are: G2. Carlos’ international lineup composed of mostly CS:GO pros have run roughshod over the European continent throughout the Ignition Series, winning a staggering six of those events. Even with a format that doesn’t favor the superior teams, it’s hard to imagine a regional finals without G2.

G2 aren’t the only good team in Europe, however. There are numerous contenders in teams like Team Liquid, Guild Esports (formerly known as Bonk), and FunPlus Phoenix who are just sick and tired of seeing G2 up on a pedestal. And with the aforementioned format, it’s entirely possible that a team of unknowns dethrone the kings before they even reach First Strike. Watch out for Heretics, who only formed this month of October. They’re built similarly to G2, with talented forme CS:GO pros from across the whole continent. 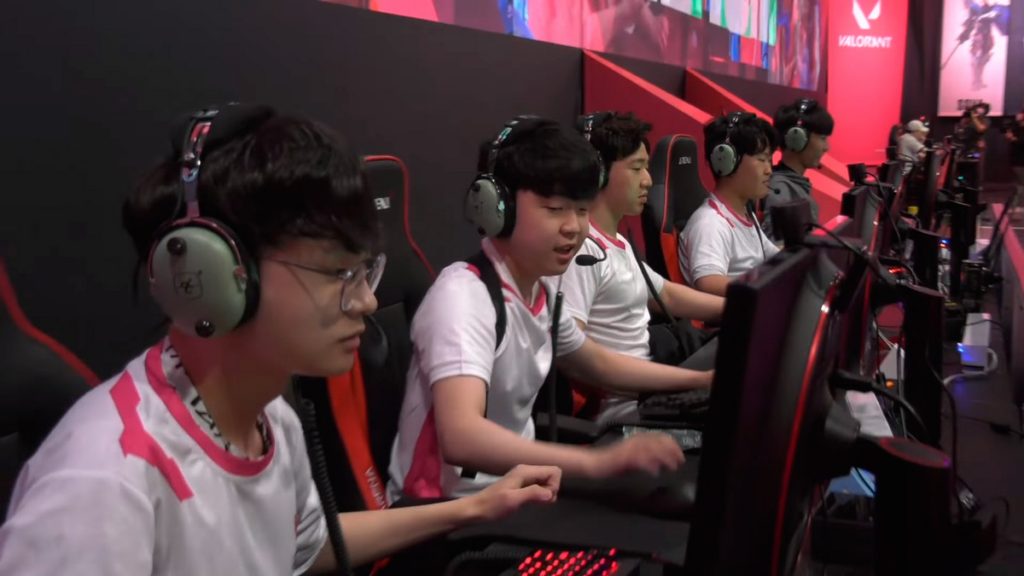 Asia is a fascinating region to watch develop. While Korea has produced a plethora of talent for games like League of Legends and Overwatch, there has been little investment into developing tactical shooter talent, thus leaving Korea mostly unrepresented in titles like CS:GO. Then there’s Japan, a region that doesn’t compete much in any major team-based esport, but is now making a name for itself in VALORANT.

In Korea, the top 24 teams in circuit points currently competing in Clan Battle Act 2 will earn a spot at the closed qualifier in November, with eight teams advancing from that to the First Strike finals in December. As of October 23, the information for the qualifiers and finals for First Strike Japan, China, and Southeast Asia have not yet been announced, but we will update this as that information becomes available.

In Korea, Vision Strikers have been dominating with an iron fist that even outshines G2’s stranglehold over Europe. The Vision Strikers consist of former CSGO pros who played under the MVP PK banner, one of the very few Korean organizations that participated in Counter-Strike, and since moving to VALORANT they have literally not lost a single series and they’ve won every event they’ve been in.

Jupiter has been absolutely ascending in Japan, with a plethora of impressive wins under their belts since the beginning of summer. Attack All Around and ahq have both dominated their respective regions of Thailand and Taiwan within Southeast Asia. China is more of a mixed bag of contenders with no clear favorite, as teams like Royal Never Give Up, TYLOO, and LGD are all capable of making a deep run.

Brazil is emulating Europe’s qualifier system: four open best-of-one qualifiers will produce 32 teams that will compete in a single elimination closed qualifier bracket where all matches are best-of-three. Eight teams will advance from the closed qualifier to the First Strike event. Several really good teams in Gamelanders, Fusion Fraggers, and RED Canids have already qualified for the closed qualifier.

Four open qualifiers in Turkey will each produce two teams that will compete at the Turkish First Strike event. The first of those four qualifiers is currently ongoing, and two of the best teams in the region in Oxygen and BBL will both be looking to make a deep run.

The CIS region will use two open qualifiers to each produce four teams to determine their eight who will compete at the First Strike main event. Those qualifiers will begin in November. ForZe look like an early favorite to emerge victorious in that region.

Even as the Oceanic LoL scene stumbles, its VALORANT division is slowly rising. Rise of Valour, scheduled to take place in November, is the region’s biggest tournament to date, and the top eight teams will compete at the First Strike regional finals. EXO Clan will enter Rise of Valour with a ton of momentum; they won all eight of their series played in September and October. But ORDER is a team to look out for, having just announced their roster consisting of several former CS:GO pros including the incomparable DickStacy.