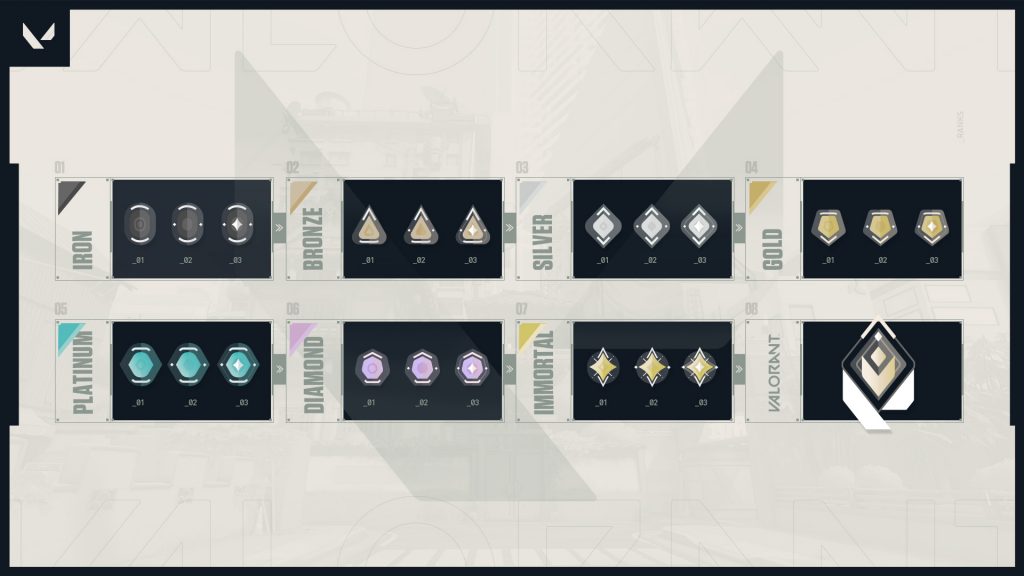 The competitive team behind VALORANT delivered a blog post Friday outlining the progress of its forthcoming ranked matchmaking. The competitive mode update, which will be available soon after patch 0.49, will start with Europe and North America.

VALORANT’s competitive system is said to still be in its “early stages”, but is intended to evolve over time with the game. Here’s the brief on what’s to come:

Competitive matchmaking will be its own playlist in VALORANT, while the team behind the game insists the Unrated mode will always be available in the game for a more leisurely experience. Skill-based matchmaking is a consistently debated topic; higher-rated players are often forced to give an oppressive amount of energy in-game that can ruin the experience and become exhaustive. At the time of writing, it’s unclear when the 0.49 patch and competitive mode will be delivered in game, but it is stated it may be disabled for short periods throughout the closed beta as the incorporate community feedback and fine tune the mode.

VALORANT will feature eight different ranks, each with three tiers, with the highest achievable accolade being the VALORANT rank. The release states that winning matches is the “most important factor” in leveling up, while noting that exceptional performances can quicken that process. Inversely, losing games and performing inferior to previous matches will reduce ranks.

Your personal performance is said to be weighted heavier during initial stages of evaluation for the competitive playlist, but decrease in importance over time compared to winning matches. This algorithm will likely help seed players more appropriately as they transition from Unrated to Ranked play. With that, the competitive mode will also factor “how decisively” you win or lose a match. This is said to incentivize players to stay in the game and not throw games when the odds of winning are slim.

For the VALORANT rank level, winning matches and decisiveness in scoreline will be the only factor measured.

VALORANT’s competitive mode is positioning itself to deliver balance and integrity upon arrival. By measuring overall performance, the developers claim they will be better equipped to detect smurfs and prevent rank boosting to gather an accurate display of skill.

Queuing up with friends is always a more enjoyable experience, but to play in matchmaking with your party of five, players will have to be within two ranks (six tiers) from you. This requirement is said to curb large disparities in skill in parties and matches. Although the post doesn’t clearly state, it’s assumed queuing in the ranked playlist individually will also pair you with players within the same six tier zone. The matchmaking system will also take into account party sizes, so that if you queue in solo, you will match with other solo players.

To maintain an active representation of a player’s skill level, they will be required to play at least once every 14 days; after that, your account will be considered inactive, and your rank will be hidden. It is noted that ranks won’t decay in the background, and will reappear following the first completed match.

The blog post concluded by saying fans can expect to hear more news on VALORANT’s competitive mode and rankings as its official launch nears. You can read the complete blog post here.