Upsets Reign in Final Days of ESL One LA 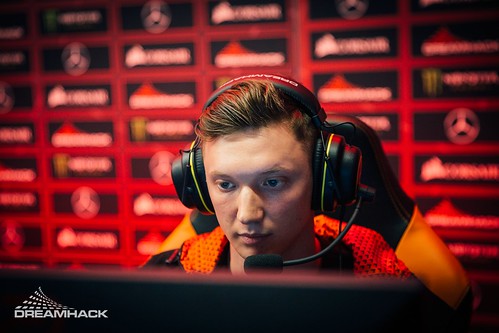 Despite many upsets, Resolut1on and Virtus.pro stood tall, and still undefeated in this event. (Photo courtesy DreamHack/Adela Sznajder)

The penultimate day of the ESL One Los Angeles Online: Europe & CIS tournament is in the books, and after a tumultuous group stage that saw top teams fall to comparatively small names, we’ve been gifted even more upsets in the playoffs.

Almost every series so far at the #ESLOne EU/CIS playoffs has been a crazy upset! 😱

Even with the tournament whittled down to a few of the best talents in the EU and CIS regions, it was the “second-tier” teams that impressed in the past two days of the bracket. In fact, it’s no-longer apt to call the likes of Chicken Fighters and Vikin.gg tier-two after a quartet of quite brilliant upsets.

To kick off our ESL One playoffs, the Chicken Fighters took on Team Nigma, and Alliance faced off against Vikin.gg. Just from an initial look at the names involved, there was a pair of mismatches in this bracket, and no one would have begrudged the Chicken Fighters or Vikin.gg for dropping out here. But in-game, things would be far less certain.

Despite Nigma looking distinctly underwhelming in the group stages of this event, a loss here against the Chicken Fighters was still unthinkable. As the series started, it looked as if it would be business as usual for Nigma. In a game in which they never really felt out of control, the team took a pair of uncontested Roshans, bullied the Winter Wyvern and Phoenix in their own jungle, and didn’t let the Chicken Fighters have a single tier-two tower.

However, things started to fall apart for game two. With a near-identical draft from Chicken Fighters, there was one crucial addition: The Meepo. With Ondřej “Supream^” Štarha on a champion usually associated with his opposite number Aliwi “w33” Omar on Nigma, the Chicken Fighters struck back. After a weak early game that looked like the gamble hadn’t paid off, the Meepo exploded, farming up a storm, and tying up the series with his raw power.

The final game went no better as Charlie “CharlieDota” Arat’s Troll Warlord scaled up and demolished towers in short order. By the end, Nigma seemed to have been broken by their previous performance, giving up this match in just under 30 minutes, and knocking them out of this event.

Soon after, Vikin.gg would be conducting their own upset, with Alliance as the victims. In an eerily similar fashion, Alliance would take the first game in a convincing performance from carry Nikolay “Nikobaby” Nikolov. His Death Prophet with Aghanim’s Scepter was just too potent for the Vikings who crumbled in their initial matchup.

But for game two, with the DP safely banned away, it was time for an exemplary game of Broodmother by Miroslav “BOOM” Bičan. In a move that seemed designed to punish Alliance for picking an Aghs carry last game, BOOM dissected his opponent’s with a hero that can utilize the item even better than Death Prophet.

With webs covering every inch of the map, Alliance would lose in a slow yet decisive fashion. A final, photo-finish-close game to wrap up a pair of massive upsets, Vikin.gg would bank on the zoo pick of Chen, with a couple of hard carries in Queen of Pain and Anti-Mage. Despite Nikobaby’s desperate attempts on Spectre, he couldn’t’ carry his team, and after some brutal fights at the base of each team’s high ground, Vikin.gg would wrap up the series.

It’s not over yet

But the ESL One upsets wouldn’t end there. Headed into Saturday, the victorious Chicken Fighters faced off against Team Spirit, who’d previously grabbed an Upper Bracket spot. But this team would be no match for the momentum behind the Chicken Fighters, whose two quick games continued their insatiable rise.

In what felt like an inevitable victory, Chicken Fighters were in control at all points of game one. With the hyper-scaling Terrorblade pick on their side, they quickly took the lead, and with cautious play, were able to close out the first match. Game two was Team Spirit’s chance to strike back. But despite a pair of Roshan takes, and a competent display of team fighting, Spirit wouldn’t have what it takes, dropping out of the event in a respectable 5th-6th place.

Chicken Fighters have secured their place in the #ESLOne Los Angeles EU and CIS League, thanks to clean 2-0 sweep!

Unfortunately this means it's the end of the road for @Team__Spirit.
GG to both teams!

Our next series will start shortly 👏

Below the victorious Chicken Fighters in the ESL One bracket, Vikin.gg had their toughest test yet in Team Secret. With a European powerhouse for an opponent, the Vikings have to pull out something special, and for game one, that was BOOM’s Queen of Pain and Indji “Shad” Lub’s Spectre. The pair of hard-scaling assassins would prove too much for a Team Secret stack with some questionable performances. Ludwig “zai” Wåhlberg in particular looked very lost on Dark Seer, a distinct change from his earlier tournament play.

In the second game, Team Secret dug their heels in, picking up a hugely powerful early-game composition, and one that could team fight for days. Yet after initially winning their lanes, and transitioning into mid-game, the deaths wracked up. An ace at 22 minutes signaled the changing of the tide, as once again, BOOM’s QoP went on to dominate his opponent’s, closing out the series.

This was perhaps the most shocking upset in a series of unbelievable turn arounds. Team Secret has been flawless up until this point, and Vikin.gg somehow managed to edge out a victory each time. What’s more they didn’t do it with cheese or a broken pick. Instead, they battled Secret in two 40-minute wars, with them clutching out a win in both cases.

While the shocking upsets were going on in the ESL One lower bracket, the top performers of the tournament were still battling in the upper bracket. OG and Virtus.pro found themselves locked in a collision course. VP had demolished opponent’sTeam Spirit to advance to the Upper Bracket Finals. At the same time, OG truly looked like they’d hit TI form in their matchup against the previously undefeated Team Secret.

So headed into the Upper Bracket Finals, we were sure to have a close and bitterly fought series. As things started out, the teams seemed evenly matched, and for the first 20 minutes of game one there was little that either side could do to break the stalemate. Eventually a huge play from the side of OG split the game wide open, grabbing a small but essential lead on their Bounty Hunter.

Yet, despite this mid game lead, it was the heroes of VP that started to snowball, with a lineup that was horrible to play from behind against. An Ember Spirit that demolished structures in record time, a Death Prophet pushing for an Aghs pickup, and a Bat Rider to engage meant OG could barely touch their opponent’s. The TI9 champs would drop game one in dramatic fashion. Syed Sumail “SumaiL” Hassan 0/11/13 on a last pick, 120 ping, Invoker looked helpless in this game, and the Bounty Hunter, despite the early kills, didn’t transition into a strong pick. OG had seemingly lost this first match with a rare bad draft.

Game two again would be decided in the mid game fights. With a Techies pick coming out from VP, the mines of Dota 2’s most frustrating hero would prove crucial. With them, the CIS side were able to bait in their aggressive opponent’s and punish them.

Yet even with the bad team fights, OG kept fighting. An insane buyback fight at Roshan and another near the mid lane showed this lineup had a chance to succeed. But ultimately they would fall to the still undefeated Virtus.pro, who now advance to the finals.

In the last matchup of the day the Chicken Fighters faced off against Vikin.gg in a battle of the upset kings. With momentum on both sides, it would be a test of who would be first to break. The vikings jumped to an early lead in game one, with the amazing CC from their composition trapping up the Chicken Fighters.

Meanwhile the Chicken Fighters had invested in the Sven pick, cautiously optimistic that the sword-wielding hero could carry them to victory. But the early game pressure and teamfight chops of Vikin.gg were just too much. After a critical fight beneath their opponent’s highground, Vikin.gg took the first game, pushing themselves into the lead.

For the next match, Chicken Fighters struck back with two massive hyper carries in Death Prophet and Troll Warlord. Meanwhile, Vikin.gg would rely on the early power of the Chen zoo and Dragon Knight for late game. But after taking control of the early with the Pangolier ganks, it was a quick clean victory for the Chicken Fighters, sending us to game three.

In the final match, it was once again Pangolier who would take over the game. However, this time it was for Vikin.gg, who picked up the Broodmother to compliment their composition. Another Aghs pickup ensured the Viking’s victory, as the spider queen spread out and farmed up a storm, and ultimately defeated the Chicken Fighters.

Each and every one of these games was a one-sided stomp, and it came down to the draft of each team. The real power of these masters of the upset seems to have been their greater knowledge of this patch, and Vikin.gg had one extra trick up their sleeves in this game.

Now Vikin.gg will face OG with the winner progressing to the ESL One LA grand finals against an undefeated Virtus.pro. You can catch the final day of ESL One Los Angeles Online live on the ESL Dota 2 twitch channel from 12pm CET.