Up Next: Overwatch League Play-ins 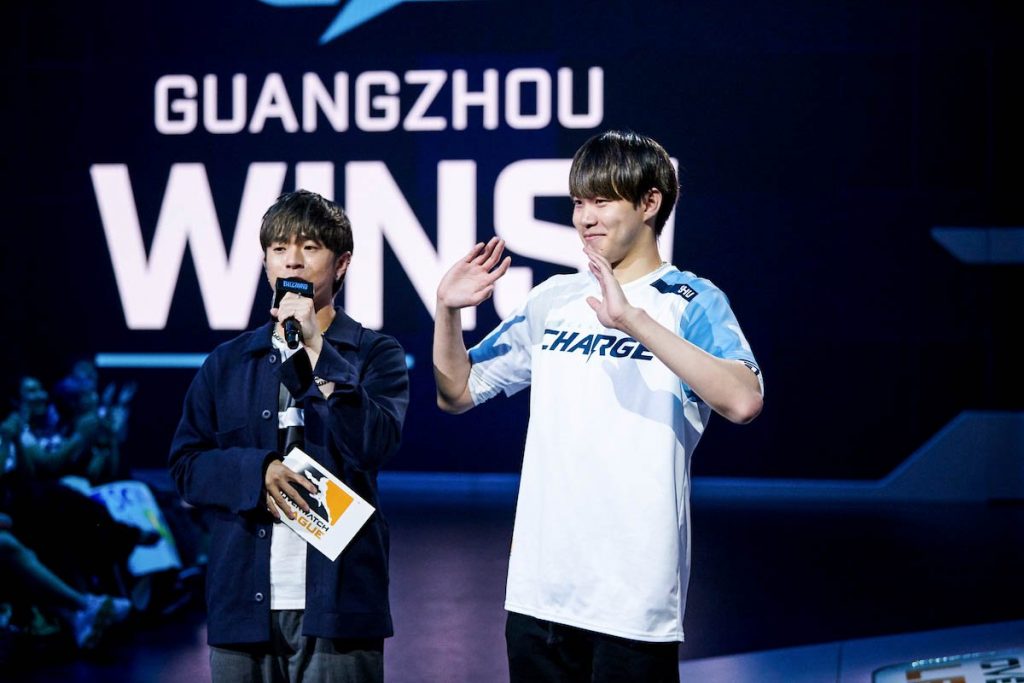 The Guangzhou Charge are among the teams competing in the Overwatch League play-ins.

After an exciting Rivalry Weekend, the time of year all Overwatch League fans look forward to is finally upon us: the playoffs. The action begins on August 30 with the Overwatch League play-ins. Six of the fringe teams will duke it out for the remaining two playoff spots, joining the Vancouver Titans, New York Excelsior, San Fransisco Shock, Hangzhou Spark, Los Angeles Gladiators and Atlanta Reign in the quest for the coveted championship trophy.

The #OWL2019 postseason is officially here! This weekend, six teams will battle for the final two spots in the playoffs.

Which two do you think will make it through?

Competing in this season’s play-in bracket are the Guangzhou Charge, Chengdu Hunters, Philadelphia Fusion, Shanghai Dragons, London Spitfire, and Seoul Dynasty. The four lowest seeds will face off on Friday, August 30, with the winners of the matchups playing the two highest seeds on Saturday, August 31.

Day one will see matchups between the twelfth seed Chengdu Hunters and the ninth seed Guangzhou Charge at 6:00 p.m. PT, and then the tenth seed Philadelphia Fusion versus the eleventh seed Shanghai Dragons at 9:00 p.m. PT.

Both the Hunters and Charge, being two of the eight expansion teams added this season, have the opportunity to break into playoff contention for the first time ever. The Hunters have unfortunately been absent from all stage playoffs this season despite a near-miss in Stage 2. The Charge fared a little better, making the would-be cut in Stage 4. Since the Stage 4 playoffs have been replaced by the play-in tournament, the Charge have also found themselves left out of the stage playoffs.

The Fusion and the Dragons will be squaring up for match two on Friday. The Fusion are no strangers to the playoffs, having made the title match last season, ultimately falling to the Spitfire. A new experience for the Fusion, however, will be grappling with the pressure of the single-elimination play-ins this season. The Dragons know the sting of defeat all too well from their 0-40 record last season but miraculously bounced back to take their first stage title just last month. Will their recent taste of victory be enough to propel them to a chance at the championship trophy?

The lowest seed of the two winners will play the seventh-ranked London Spitfire and the higher seed will play the eighth seed Seoul Dynasty. From there, the winners of those two matchups will officially qualify for the Season 2 playoffs.