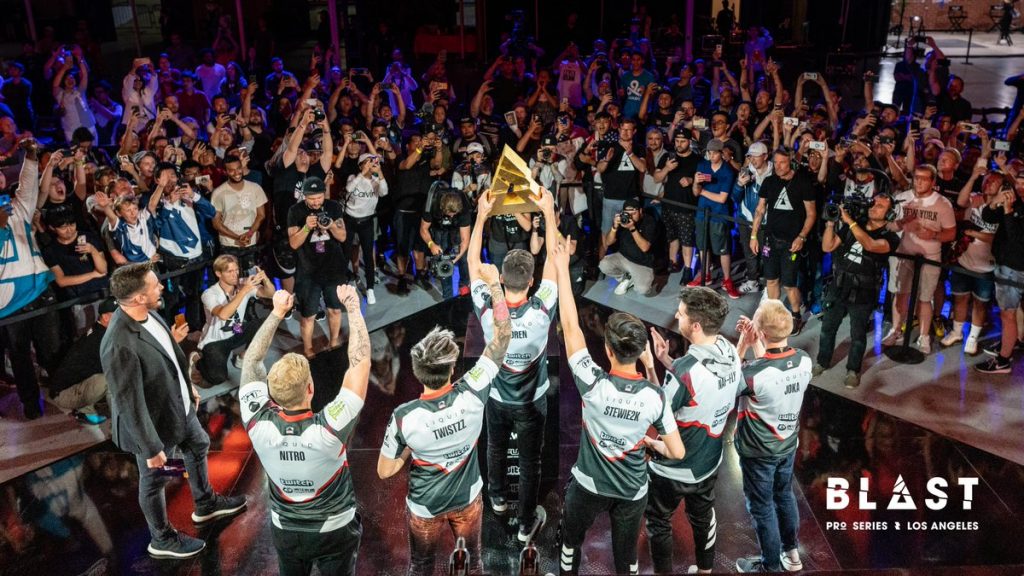 There can be no doubt now. The Blast victory, earned without dropping a single map at the HD Buttercup Building, confirms what many already knew – Liquid has heralded in a new Counter-Strike dynasty. This team is the best in the world.

Even the 2-0 final wasn’t a difficult battle for TL. FaZe chose Nuke again for the opening map, even after TL demolished them 16-4 on the same pick earlier in the tournament. This time around FaZe fared a little better.

Liquid bounced to an early 11-4 lead, with Jake “Stewie2K” Yip guiding the unstoppable North American roster to the advantage with 21 kills. FaZe struck back to climb back into the contest, but it was too little, too late for the European roster as they fell 16-13.

TL then clinched the title with a convincing 16-6 win on Inferno. Russel “Twistzz” Van Dulken surged to life on the second map, starting his rampage on the team’s pick with a solo effort at A site clinching a 2-1 lead for Liquid.

In the end, the Canadian star wracked up 46 kills for a +21 plus-minus, including 25 on Inferno has he guided the Los Angeles champions to a 9-6 lead. Keith “NAF” Markovic then made his voice heard late with an ace in the second half pistol, and the North Americans rolled on with seven round-wins in a row.

FaZe had a strong run to the decider in Los Angeles, despite struggles against the first-seeded team when it really mattered.

The European squad was able to oust NA representatives NRG in the semi-final 2-0. The roster scored a strong 16-7 win on NRG’s map pick Train, before closing out the elimination round 16-11 on Nuke.

Nikola “NiKo” Kovač and Olof “olofmeister” Kajbjer were the best of the bunch for FaZe, with the duo hitting their straps early on Train as FaZe charged to a 14-1 first half. NRG were able to drag back six rounds in the second half, but the early lead for FaZe was too much to swing the opening bout back in their favor.

Cloud9 nearly took Team Liquid to a third map in the second semi-final of the event, losing 16-14 on Inferno after struggling to find their rhythm on their own pick Mirage. TL defeated them 16-8 in the opening map before the 30-round second map came down to the wire.

Liquid seemed set to run over the rebuilt-North American roster on their own map pick, but a shotgun-wielding Kenneth “koosta” Suen denied them the advantage. TL was nigh-invincible after that, however, taking the first half 13-2.

C9 wasn’t to bow out without a fight though, as they pushed the world’s best back to 15-14. They held off multiple match points for Liquid. It took 30 rounds, but TL finally broke C9’s resolve just ahead of the comeback clincher and marched their way into the final that would eventually seal their crown in Los Angeles.

Liquid’s nine-map march to glory in the City of Angels now puts them as firm favorites heading into IEM Chicago next weekend.

Their latest tournament win netted them $125,000 in prize money and put them atop the Blast Pro Series circuit standings with 26 points. Astralis and FaZe sit behind in second and third with 20 each.