Ubisoft has revealed the full extent of the new European League replacing the ESL Pro League system. The new European League features three splits in a season, each with different rewards up for grabs. Furthermore, the league will restructure the amateur and semi-pro scenes into a new system focused on the National Leagues.

The new European League does not differ all that much in regular play from the ESL Pro League. The usual online best-of-ones are returning. These matches reward the same three points for a win, one for a draw and zero for a loss. However, teams will now only play each other once in a round-robin system.

Also, the meta-rules of the league are changing completely. The new European League uses three splits in a season. Each split sends the top four teams from the league to the quarterly Six Major. Meanwhile, 5th-8th earn circuit points that head towards the tally top for the new European Final in December.

The top four teams each split head to the new quarterly Six Major systems revealed at the Six Invitational. In addition, the circuit points also send the top four teams in the region to the European Finals. Like the North American League, Europe gets its own December league to determine the regional champion. 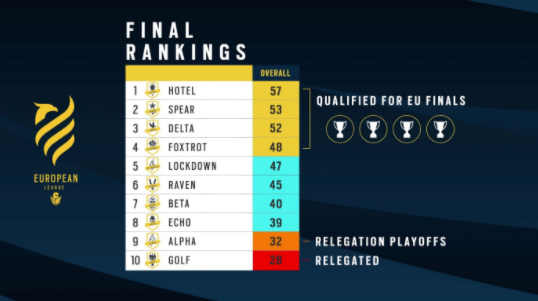 An example of how the European Region format looks at the end of the season. (Photo courtesy Ubisoft) 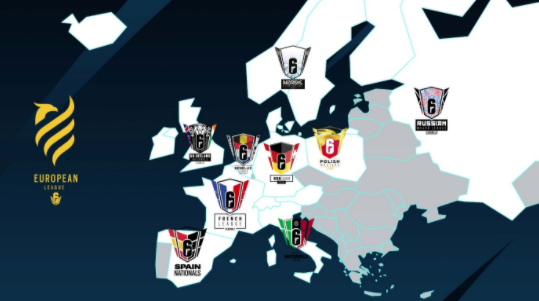 The National League with pathways into the new Challenger League. (Photo courtesy Ubisoft)

Teams that didn’t qualify through the National Leagues will have a shot in an open qualifier. One team will earn their right to compete as the 12th team in the European Challenger League. The remaining two teams rounding out Challenger League are Defuse Kids and PENTA. Both teams make their way into the league from the hangover of the old system.

Currently, the studio is trimmed down in size due to COVID-19. An expanded studio will follow once when it is much safer to do so.