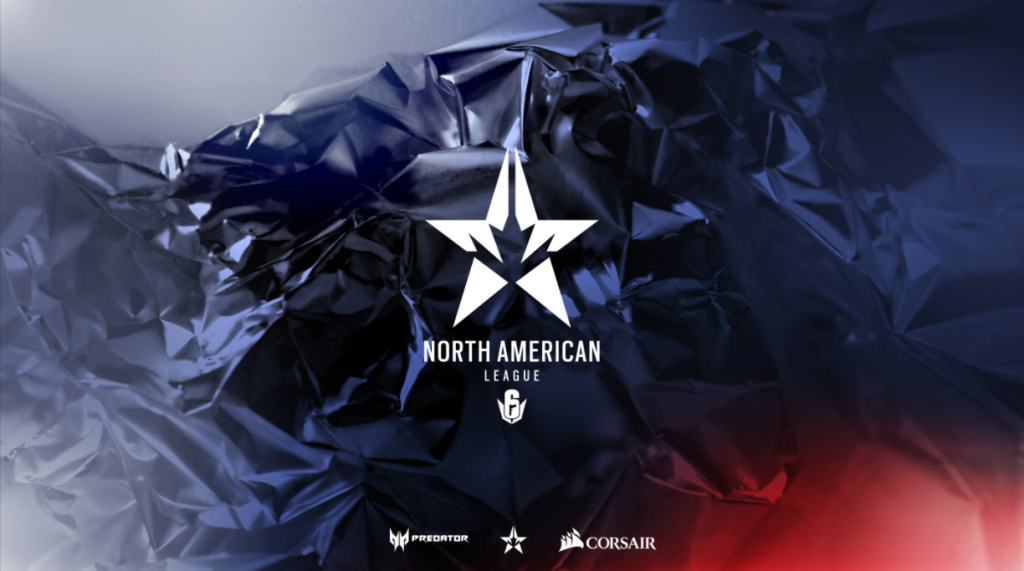 Starting in June, North American Rainbow Six will enter the newest era of Rainbow Six Esports with a brand-new league. The new league will have eight teams compete at LAN at Las Vegas, Nevada. Ubisoft will also introduce a Canadian League alongside a reinvented North American and Canadian Challenger League. These new systems will run a year-long season, with plenty of opportunity for Major qualifications and promotion and relegation matches.

All of the leagues will operate along a new year-long season that begins in March and concludes with the Six Invitational. Across the season, there will be three, five weeklong events, knows as Stages. With 2020 kicking off partway through the season, this season will only have two Stages, instead of three. When one of these Stages ends, teams will work towards qualifying for the quarterly Majors, which begin roughly a month after regular matches in the Stage ends.

Major qualification is not the only objective at the end of every stage. Amateur teams looking to enter the NA or Canadian Challenger Leagues will work through open qualifiers to battle the last place team in either league. 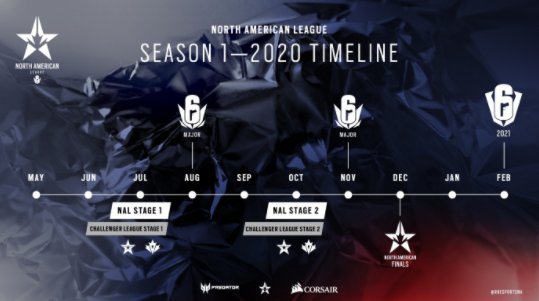 The Schedule for the North American League Season 1 – Image via Ubisoft.

The new North American Division is the replacement to the ESL Pro League system. This new LAN league was announced back at the Six Invitational. June will be the inaugural season of the new North American division, new and old names returning to compete on LAN. Spacestation Gaming, TSM, Dark Zero Esports, Tempo Storm, eUnited, Oxygen Esports (ex-Reciprocity), Disrupt Gaming and Susquehanna Soniqs. Disrupt Gaming, and Susquehanna Soniqs are teams previously known from the Challenger Stage, with Soniqs already being in top tier North American Rainbow Six. Oxygen esports is an entirely new organization, which is spearheading its operations within Rainbow Six.

The North American Division will also get a brand-new LAN final, which looks to replace the old US National system. This event will close out in December with a regional final, and Challenger League teams looking to enter the new season of Rainbow Six will find out on stage.

Also, every match that takes place on LAN in the North American Division will play a best of three series against every opponent. 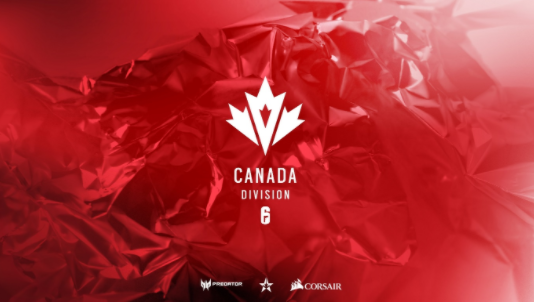 The Canadian Division is a brand-new league which will play entirely online. Canadian dominated teams will have the chance to qualify to a four-team sized regional league. This league will run alongside the North American division and will also use a best-of-three system. Teams in the Canadian League will face off against the American teams to work out who represents the region at the majors.

Canadian teams looking to enter the league will have the opportunity to do so beginning May 11th. Teams will be able to sign up on that date and will battle May 29th-30th to determine the first four teams in the league.

On June 6th, Challenger Leagues open qualifiers to the Stage 1 of both the NAD (North American Division) and Canadian Challenger leagues. The tournament will have a best of one single-elimination tournament to determine the top 16 teams in each region.

The new North American Division is shaping up to bring the region to a whole new competitive level. Check back May 20th for more news on the European and LATAM updates. The full release can be found here.