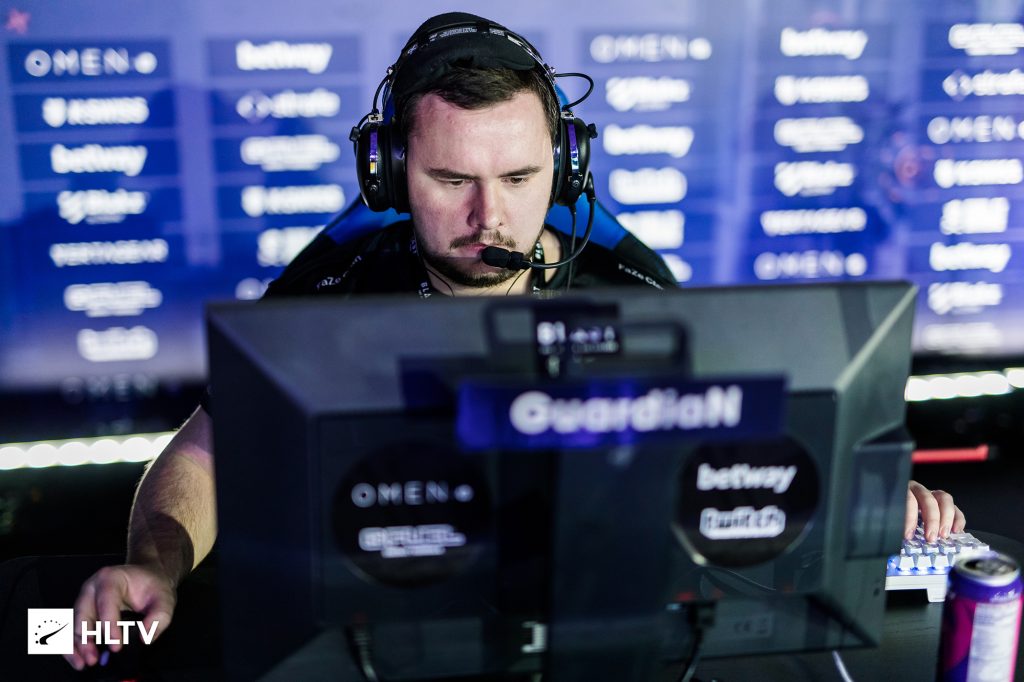 Ladislav “GuardiaN” Kovács will be reuniting with his former organization after his departure from FaZe Clan. (Photo via HLTV)

Two CIS CS:GO Teams have made roster moves. Both Natus Vincere and HellRaisers announced the latest editions to their 5-man roster. Both teams needed a shakeup, post-Berlin Major. Na’Vi throughout 2019 has shown they have slacked and struggled, whereas HellRaisers had a disastrous Challenger Stage at Berlin. Natus Vincere only made a small alteration to their roster, meanwhile, only two players return to HellRaisers starting lineup.

Na’Vi has had a troublesome 2019. They skipped tournaments, didn’t achieve top results expected of them, and faltered at many top CS:GO events. Over the last few months, Na’Vi has made slow progress altering their roster. In May, Ioann “Edward” Sukhariev was benched from the roster, bringing in Kirill “BoomI4” Mikhailov. In addition, Danylo “Zeus” Teslenko retired at the Blast Pro Series: Moscow event. Ladislav “GuardiaN” Kovács will be reuniting with his former organization after his departure from FaZe Clan.

It wasn't a big secret, but it will be great return. Welcome back, @guardiancsgo! 🙌

Natus Vincere is clearly looking to re-establish themselves as the CIS goliath. Na’Vi’s current roster is stacked with established talent. Heading forward, Andrey “B1ad3” Gorodenskiy will be coaching the team after his absence from the scene post Gambit’s move to inactivity. With the veterans GuardiaN and B1ad3 joining the team, and the roster already littered with young and proven talent, how far can Na’Vi regain their former glory?

HellRaisers has gone from one drastic move to another. After dropping out of the Berlin Major, HellRaisers announced on September 4 that the entire starting roster was benched. Moving on, Sergey “LMBT” Bezhanov was also made a free agent on September 8.

As of today, HellRaisers have revealed that only IGL Kirill “ANGE1” Karasiow and Žygimantas “nukkye” Chmieliauskas returned to the starting roster. HellRaisers will bring in Igor “crush” Shevchenko and Alexander “scoobyxie” Marynych from Vega Squadron, and rookie Vadim “Flarich” Karetin from pro100.

As for their former line-up, Issa “ISSAA” Murad, Tomáš “oskar” Šťastný, Christian “IoWel” Garcia Antoran are on the bench listed as transfers. Finally, Bence “DeadFox” Böröcz as official been released as a free agent.

HellRaisers has essentially formed an entirely new roster, and it questions whether this team has what it takes to return to top form in the CIS region. Both forZe and AVANGAR look promising, thus taking them down in the near future will be the telling point for the success of this roster.