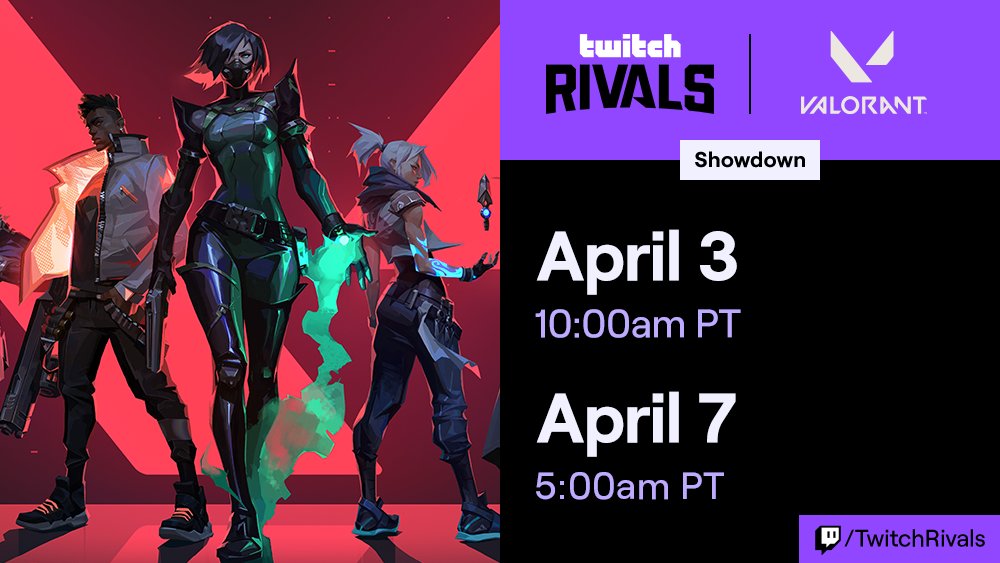 Tune in to get your first in depth look of the next major esports title. (Photo courtesy Twitch)

Each participant of the VALORANT showcase recorded their perspective from their matches and will broadcast the recordings live on Friday. The Showcase will start off with three matches played by streamers from the EMEA (Europe, Middle East, Africa) regions. The region features three teams of five with big streamers such as Gotaga, Forsen, and Taz going head to head.

All matches in the VALORANT Showcase are best of one, so the teams only have one shot against one another.

The VALORANT Showdown features dozens of content creators and streamers going head to head in best of three competitions. Each team will play two warmup matches against teams who aren’t in their best of three series in order to familiarize themselves with the map and how it plays.

The participants of the VALORANT Showdown consist of professional players, streamers, and content creators. The specific teams have not been announced yet, but noticeable participants include Skadoodle, Nadeshot, Pokimane, Summit1g, and jake_ow.

VALORANT is one of the most anticipated games of the year and is hyped to be the next major esports title. The two events will give fans their first look of extended gameplay featuring their favorite creators. Every participant of the Online Boot Camp is eligible for drops, so make sure to link your Twitch and Riot Games account for the opportunity get exclusive access to the Closed VALORANT Beta.