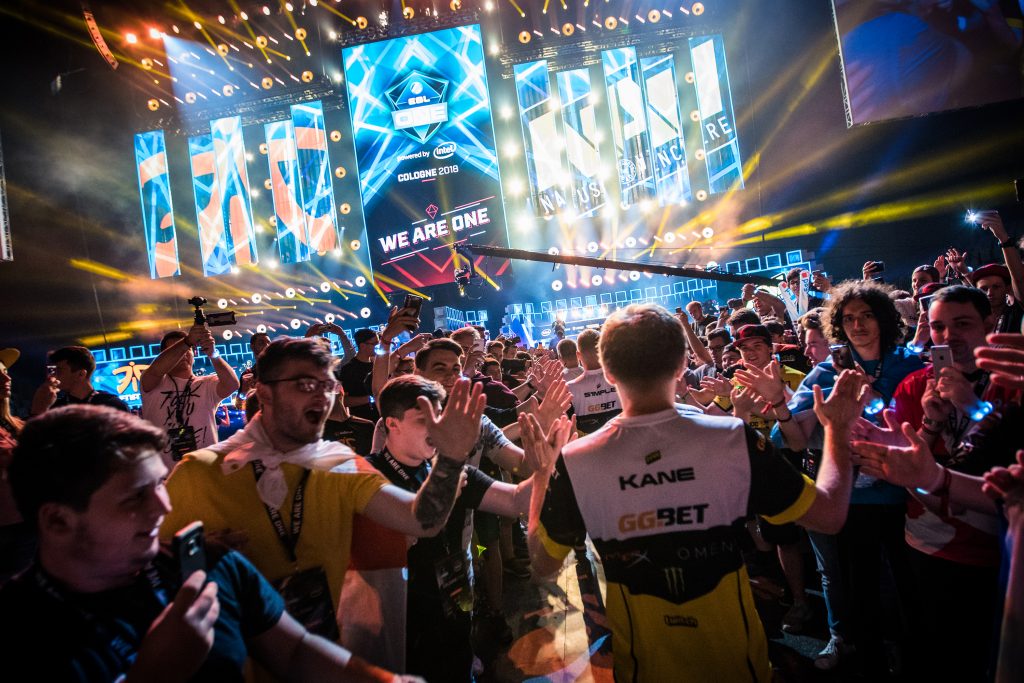 From the highest highs to the lowest lows - there’s a lot to reflect on from this past season of CS:GO and in looking towards a more in 2019. (Photo courtesy of Helena Kristiansson | ESL)

As Counter-Strike winds down to a close in 2018, those that make up the composition of the game’s competitive district are taking a well-deserved break for the holiday season. From the highest highs to the lowest lows – there’s a lot to reflect on from this past season of CS:GO and in looking towards a more-action packed year in 2019. Let’s get into what made this year in Counter-Strike.

The Year of Astralis

This past year will likely forever be remembered as the year of Astralis. We wouldn’t even know where to start in describing the sheer dominance of this all-Danish team – a better question may be: what didn’t Astralis accomplish this year?

Following the acquisition of Danish hopeful, Emil “Magisk” Reif, the stars truly began aligning for Astralis per their motto “To the stars”; this particular unit had a gel to it that began demonstrating a previously unseen level of professionalism in Counter-Strike. Ten title finishes including a lofty win at the FACEIT London Major plays up the preeminence of this squad – and still, there’s plenty more to talk about.

Astralis rounded out the year on a historic note, and it all started with the ESL Pro League Season 8 Finals in early December. The tournament was the last stop in the Intel Grand Slam series and it was a must-win event if Astralis wanted to capture the prize. To up the ante, the event was being played on Danish soil in Odense, Denmark – all along top-tier Counter-Strike teams. Fate would set the ultimate narrative for Astralis to either seize greatness on their homeland or falter on the most paramount to stage of all. Although the majority of CS:GO enthusiasts were likely holding out for what would be one of the most quintessential upsets of all time, Astralis rose to the occasion and set an unmatched precedence in Counter-Strike.

Though Astralis lifting silverware at the end of an event may have developed into somewhat of a stale sight for fans of the esport, there’s plenty of reasons to appreciate them for what they’ve accomplished this year. In some regards, Astralis is considered light years ahead of their international competition and as a result of this, they’re the team to beat on every team’s roadmap for the following season. Dethroning the kings means getting on their level though, a feat that hasn’t proven to be easy by any stretch of the imagination. This one goes out to the Danes, for raising the level of Counter-Strike for the players, fans and all enthusiasts of the game.

Apart from Astralis and their complete dominance of Counter-Strike this season, Team Liquid venture on a unique journey of their own. In course with the tradition of cs_summit winners continuing on to have successful careers, first with SK Gaming (now MIBR) then Team Liquid winning cs_summit 3, the North American teams had done just that. Though Liquid’s trophy cabinet is likely less crowded than what you would expect from a team making it into our best of 2018 recap – Liquid were a critical part in this season’s legacy in Counter-Strike.

The excitement around the NA squad started to pick up some speed following the acquisition of Brazilian superstar, Epitácio “TACO” de Melo. The transfer was perhaps questionable at first bringing a South American native to an English speaking team – however, TACO seemed to fit right into this roster, becoming widely loved by North American supporters. The newest configuration of Liquid took some time to take its final form near the end of the season, but this is a squad that would almost always guarantee a thrilling series.

Despite falling just short of several title finishes in 2018, Liquid’s narrative was always one of the most compelling. Their heartfelt desire to win transcended through the screen and into the hearts of their fans, having us celebrate in victory, or loathe from defeat.

So what made this unit so compelling to watch? A few things. Most notably, Liquid is a team that played off the energy in the room. At the right moment with the crowd behind them, Liquid became a fiery squad, generating out-of-the-box plays and displaying stellar creativity leaving opposition without a counter to this dynamic playstyle. Unfortunately, this attribute tended to play against Liquid at times, as to when they started to slip in a series, they hit the ground hard. Carrying on the note on Liquid’s explosiveness, their newest addition signed last week, Jake “Stewie2K” Yip, has brightened up the horizon for Liquid’s upcoming season in 2019.

Most importantly, in the larger conversation of North American Counter-Strike, Liquid gave supporters of the region something to believe in. Though unable to topple Astralis on the most paramount stages when needing to, the North American brigade were always a contender and have steadily made themselves more of a threat. In a cutthroat competitive and global CS:GO landscape, North America is on the map thanks to Liquid.

It was a story that rattled the Counter-Strike community upon its discovery – the case of Nikhil ‘forsaken’ Kumawat being caught cheating at eXTREMESLAND Asia Finals. Although certainly not something to be celebrated, the implications and tremors sent as a result of this cheating scandal sent a shockwave through everyone connected to the esport.

Back in October, forsaken had triggered both anti-cheat detection software as well as the notice of a tournament admin at eXTREMESLAND during a match. Further investigating showed confirmation of OpTic India member forsaken utilizing cheats at the LAN event and disqualification of the team.

The sheer magnitude of cheating on an international stage like this had implications of its own – however, the worst was yet to come following the uncovering of what was essentially an aimbot on the player’s computer. Soon after the story broke online, OpTic India made a statement that they would disband the team and abandon the project entirely. The global organization’s entry into Indian Counter-Strike was a large stimulant for the region and they would depart not long after. The incident was discouraging for an upcoming and bright Indian Counter-Strike panorama, dealing a heavy blow for those influencers looking to bolster the region and put it on the map.

Even more so, the incident put into perspective competitive integrity in Counter-Strike and esports as a whole. Questions rose alongside the proliferation of the story such as ‘why is it important not to cheat?’ and “how can we combat this further?” that opened up a wealth of critical conversations. One deterrent is for certain though, and that was forsaken becoming the laughing stock of the Counter-Strike community and heralded it as meme citing things like ‘Word.exe’ – the name he attempted to disguise his cheating software as.

Now that 2018 is over, it’s time to bury the hatchet and leave this one behind – yet, at the same time, it’s important to never forget. Every action has a consequence and this case was one that trickled down and affected many communities – here’s to keep things above board next year.

ESL announced what was an incredibly welcomed decision in mid-December to officially move all ESL Pro League matches for the upcoming season to an all-LAN format. The decision saw celebratory feedback as grueling and frequently time-conflicting online matches began noticeably taking its toll on players, coaches and even fans. The complaint of having too many matches in a calendar year was divided in a sense, but what couldn’t be argued was how insensitive the timing was for packs of global travelers participating in multiple LAN tournaments across multiple time zones in a month – and the ESL Pro League was a part of the problem.

The longest standing professional Counter-Strike tournament will return in April 2019 with this brand new format that keeps in mind the players and fans across all areas. ESL openly admitted that the alteration in structure would be less exhaustive and help to combat what is a clear oversaturation of CS:GO. You can view the full breakdown of how the ESL Pro League Season 9 will operate right here.

The more global conversation of playing professional Counter-Strike is one that has opened once or twice this year – most notably from CEO of North American esports organization CompLexity Gaming, Jason Lake. The decision to move one of the most prestigious tournament series to an entirely offline format is definitely a step in the right direction.

As the season rounds out and we prepare ourselves for the next, we turn the page on another successful year of Counter-Strike and commemorate the prosperity of the esport. CS is a game that has withstood the test of time and 2018 has shown us that the cybersport is here to stay. With the backing of Valve, tournament organizers and its community, we can look forward to another dazzling year of Counter-Strike.