TSM: “We Adapted A Little Bit Too Late” 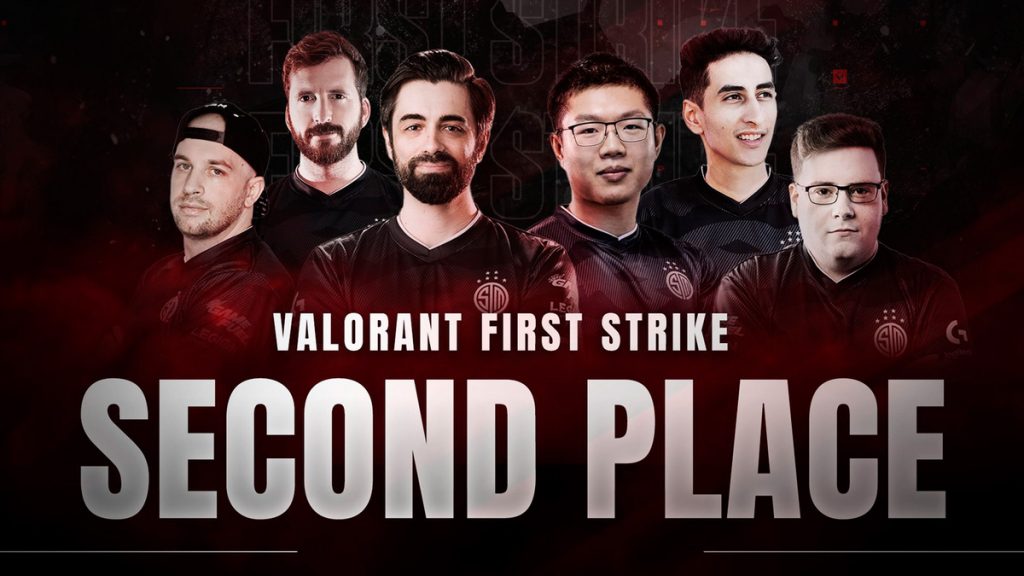 The TSM VALORANT roster’s long journey through the North American First Strike event came to an unfortunate end in the Grand Finals, falling 3-1 to 100 Thieves. After the loss, Stephen “Cutler” Cutler, Yassine “Subroza” Taoufik, and James “Hazed” Cobb joined Hotspawn to discuss what adjustments they missed, how they mentally hung around the series, and why they’re still plenty excited for the future.

Hotspawn: Drone said in his interview that the team is reliant on a strong defensive side on Split. That TSM defense wasn’t quite as strong today as past performances. Is there something new you learned about Split defense during that first half?

Hazed: I can’t get too much into detail about strategy, but we played a certain way that’s not how we normally play, and we only really figured it out halfway through [that half]. At that point we were vocal about it, and we made that adjustment, but we gave up a lot of rounds before.

Subroza: I think for this one, we adapted a little bit too late. We knew our aggro plays on A main and B main worked, but we kind of just gave them control and sat back and let them split on us. And when we did adapt to it we came back and won the half 7-5. But if we made that adjustment faster, we might’ve won that half 9-3.

Hotspawn: He also praised the stability that Fazed and Cutler bring on TSM as long-time veterans, which we saw in overtime of Split most notably. What was your priority in between maps to get TSM, as a team, stabilized?

Cutler: I usually tell them we just beat ourselves. That we’re still the better team, we lost some clutches we shouldn’t have, had some comm mistakes, that we’re gonna come back and we’re gonna win this.

Hazed: In between maps we try to stay focused and keep spirits high. You know we’re down 0-2 and after the game is over, [Subroza] and I are cracking jokes, saying “guys we got ‘em where we want them, imagine the story of the 0-2 to 3-2 comeback! This is what we want!” We just try to keep everyone laughing. [Cutler and I] try to fill in the gaps and allow our star players to take these fights and be aggressive and comfortable, and let them do what they want to do.

Hotspawn: When you have a player like drone on TSM having a great showing like he did across the series, what do you tell him heading when he’s going off like that?

Cutler: If drone’s owning, I don’t say anything to him. I don’t want to get in his head, I don’t even want him to know he’s owning. Let him play his own game and he’ll keep doing the same thing.

Hazed: During the series, we don’t try to critique too much. But drone is someone who is very calm, and he doesn’t really get affected by the pressure it seems. The only thing I would say to him at this point is to maybe comm a little more; he needs to be more willing to take initiative in the mid-round, if he sees a timing he can set something up. But he’s a complete player: he can think for himself, make adjustments, an amazing fragger. He’s a sick player.

Hotspawn: 100 Thieves make it so hard to get into sites with their utility usage: steel can often watch sites by himself, allowing the rest of his team to stack four on the other site. Are specialized comps or strats going to need to be developed for 100T?

Cutler: Well a team like 100 Thieves is going to have a set retake. So you either need to save utility and have a set plan (you flash this, you molly this), or start pushing them when they start throwing utility on a retake. We can’t let them do what they want.

Hazed: Not in particular, because if you look at the series as a whole, we were incredibly close to 3-0’ing them. If we even won half the pistols instead of only winning 1 out of 8, imagine how quick we could have ended the series. What we’re doing is working, we’re just losing very key rounds. We just need to tighten up and play better in these high pressure situations.

Subroza: Like you said, they put him on a site by himself and they trust his Killjoy or his Cypher. We learned that a little too late and didn’t adapt fast enough. But moving forward, we’ll adapt and maybe run fakes, maybe re-execute on site after we break his Killjoy utility. I was saying “everytime you see [steel] on a bomb site, they’re stacked on the other one,” but we just realized that too late.

Hotspawn: A disappointing result but a lot of time between now and the Tours coming next year. What’s the biggest positive TSM can take from First Strike and what are you looking forward to improving?

Cutler: I still feel like especially in this series, we beat ourselves. We never feel like any team just is better than us. So if we just start communicating better and playing certain situations better and learning from these tournaments, we’re still probably the best team in North America. For example, on pistol on Bind, they pushed down long B and we were really slow to react by running up A. When a team starts doing something, we need to be doing something in return.

Hazed: A lot of people viewed us as “WARDELL and friends,” and I think this tournament has proven that’s not the case. We’re a pretty complete team. Everyone can pull their weight. And people thought we were falling off and we’re clearly not. What we need to improve? [Laughs] Probably our pistols. We have communication issues sometimes where we don’t commit to a call. If we fix those two things, we’ll be significantly better.

Subroza: When we’re on one and playing our game, we can be really dominant. That’s definitely a confidence booster. We know our game, we know we should have won Split, we know we should have closed out Bind, and since we know that, we’re going into next year confident. And since we know people are watching us, we’re gonna invent more comps and more strats, more gimmicks, just non-stop grinding so no one catches up.