TSM Go Undefeated in First Half of NA Pro League 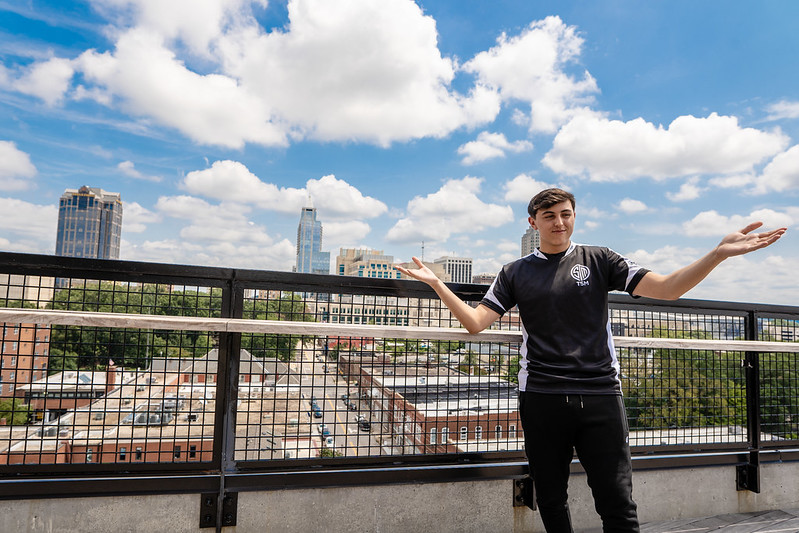 As some teams take a mid-season break, and other prepare for the Six Invitational, TSM sit at the top of the NA Pro League. (Photo courtesy Ubisoft Brazil)

The Rainbow Six NA Pro League’s final playday had a considerable amount of upsets. From TSM’s glorious victory to the 2019 era facing defeat to the newcomers. The narrative unfolding throughout North America is all about the new era, and playday seven couldn’t have made that anymore clear.

Whilst Rogue and Evil Geniuses dominated NA Pro League in 2018, 2019 was all about Team Reciprocity and DarkZero. These two teams were the emerging NA PL rosters, with DarkZero getting there in Spring 2019, and finally Team Reciprocity in the Fall. However, NA is due another era of top Pro League talent with the rise of TSM and Spacestation Gaming.

The last few weeks of Pro League have supported that, with SSG, DZ and TSM all working their way towards the top. The road in this narrative forked a little bit over the last three playdays. TSM knocked SSG down a peg, and SSG’s recent draw to Luminosity stopped them from climbing further.

However, TSM and DZ continued their domination, culminating in an epic playday seven. The match determined a satisfactory conclusion for the race for first place, which had been building for weeks. What was upsetting about it wasn’t that it was this close game that caused tension throughout. Rather, TSM just straight up blew DZ out of the water. A 7-2 victory for TSM on Clubhouse was the result, and that was their first showing on the map all season.

People who say we only have 3 maps.

As for Tempo Storm, they got their first win of the season against Evil Geniuses. This too was a 7-2 victory on Kafe. Finally, eUnited took down Team Reciprocity 7-4 on Border. The three teams that made it to Pro League Finals in 2019 were all taken down on the final playday of this half of Season 11. Surely, this all the evidence you need that younger talent in NA is shining through. While there is still another half of Season 11, it already seems like new teams will represent NA cometh the Season 11 Finals.

With Evil Geniuses at the bottom of the standings, their fall continues. Tempo Storm got their first win on playday seven. Tempo Storm is one of the league’s newest teams and but they have had troubles in their debut season. Getting their first win against EG on the final playday of this half of the season is a great result for them, but a metaphorical message in storytelling.

For Evil Geniuses, they fall from the top to losing to the bottom. Being unable to grab a win against top teams and bottom teams alike shows a sign of the times. EG is swapping Aaron “Gotcha” Chung with Julio “Spades” Cesar. With EG hitting an all–time low, drastic changes are needed.

Spades is a re-uniting teammate of Morquis “Modigga” Hribar, so the roster will have synergy with the team’s most fresh members. Though this roster move isn’t going to get them back to the top, given how far apart the league is, this may give them a second chance. They have a month-long period to get themselves back into shape. Spades’ first match looks promising even after only 2 scrim sessions.

.@SpadesR6 picks up the Triple Kill to start off his tenure on our Rainbow squad in style! #LIVEEVILhttps://t.co/ZEmYpqluSn pic.twitter.com/hHbvyJxb3y

If this is a sign of things to come, he may fill the Emilio “Geoometrics“Leynez Cuevas sized hole. Long time fans should hope for that anyway.