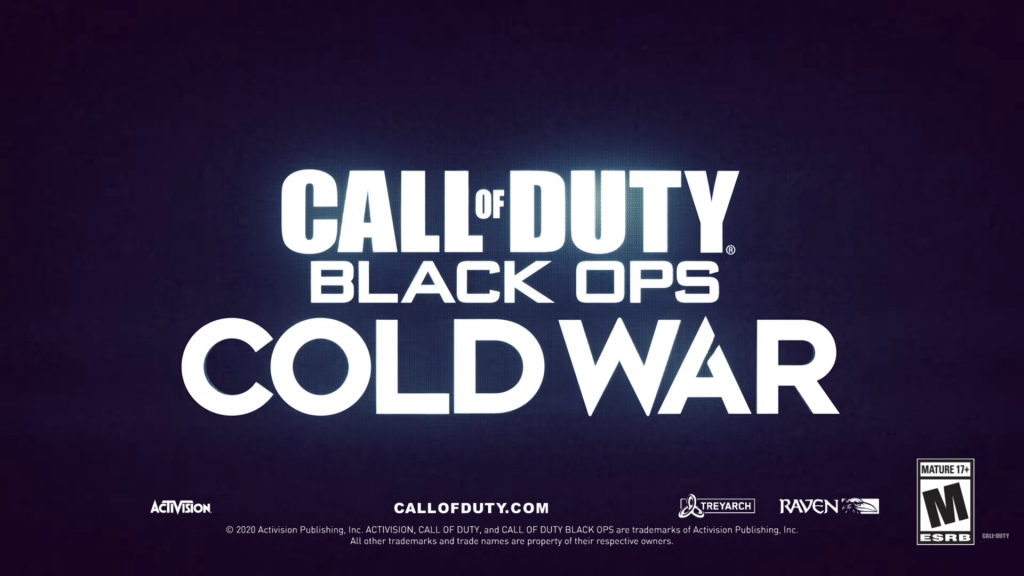 The next Call of Duty game has finally been announced. (Photo courtesy Activision)

Call of Duty fans have finally received news about the next game in the series: Call of Duty: Black Ops Cold War. The game is a direct sequel to Black Ops 1 and will allow players to experience the Cold War in the 1980s. Iconic characters like Mason, Wood, and Hudson are also making their return.

A live event in Call of Duty: Warzone on August 26th gave fans a first look at the official reveal trailer and provided a few in-game items for players who participated in the unique playlist. Call of Duty: Black Ops Cold War will be released on November 13th, and a worldwide multiplayer reveal will take place on September 9th.

The first cryptic trailer tells the story of Soviet Spy named Perseus, who infiltrated Western intelligence agencies during the Cold War. His goal was to make sure the Soviet Union stayed ahead in the arms race, and to this day, his identity and whereabouts are unknown.

The trailer goes on to explain demoralization and how it takes almost 20 years to demoralize a nation. The next step is to destabilize a nation by attacking things such as the economy, foreign relations, and defense systems. After that, the normalization of crisis will occur, which leads directly to the game’s plot.

Cold War is inspired by true events and has an emphasis on knowing your history. This is likely referencing real-life events, but it also is referencing previous games in the Call of Duty franchise.

Before Call of Duty: Black Ops Cold War was officially announced, several streamers and content creators received an old fashioned projector with various slides. The slides contained various images that included pictures of the map Summit, which was last featured in Black Ops 4. The streamers worked together to overlay the various photos and found two separate phrases that led them to a famous chess game during the cold war.

HOW WE SOLVED THE HARDEST EASTER EGG OF ALL TIME!

This is how we found the Call of Duty: Black Ops Cold War trailer. pic.twitter.com/udJJmG3xYA

This led to the pawn takes pawn website, which was updated every day for a week with different parts of a cipher. The Call of Duty community worked together to crack the various codes, which led to even more clues. Several rooms around the Call of Duty: Warzone map could also be unlocked with various codes released throughout the week. All of the hard work finally paid off as the final clues led to the official reveal of Call of Duty: Black Ops Cold War.

The trailer is just the first part of the reveal, however. The description of the video revealed that an in-game event would take place on August 26th in Verdansk. Verdansk is where the Warzone map is located, and fans were able to experience a unique playlist called Know Your History.

Players were required to unlock a map by acquiring five kills or opening loot crates. The map revealed the location of a key that unlocked a special crate in another location. This crate contained a decipher for the map, which revealed the map’s final location where players could find a unique weapon blueprint.

Once players fought their way to the new highlighted location, Woods from the original Black Ops series could be found holding a unique SKS “Bay of Pigs” weapon blueprint. Woods gave the blueprint to the players who would then be forced to run to the Stadium when the game ended. After making it to safety, the reveal trailer played and gave fans their first look at the next game.

Players can now pre-order Call of Duty: Black Ops Cold War, which will immediately unlock Woods as an Operator in multiplayer and Warzone. Players who pre-order will also receive access to the multiplayer beta which will take place sometime before the official launch Cold War will feature cross-play like Modern Warfare and will have free DLC. A seasonal Battle Pass system will also be available for purchase.