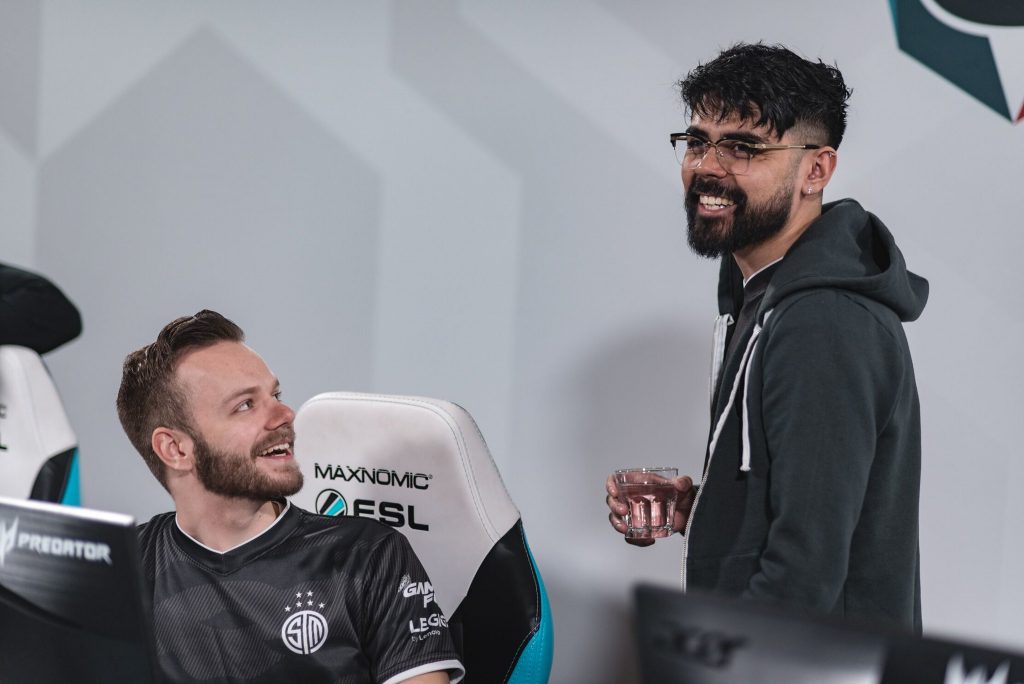 The North American Rainbow Six Pro League narrative continues with the top four North American teams bodying the rest of the ladder. TSM, SSG, DZ and Reciprocity all continue to take games off the lower teams. This playday didn’t offer much for storyline progressions, but what it sets up is much more important.

Spacestation Gaming continues to push their games to the very end. Every single win so far by this team has been a 7-5, whether that is against a top team in Dark Zero, or Tempo Storm. The trend didn’t kick as they beat eUnited 7-5. But what is interesting here is that it seemed like SSG were on the back foot this map. eUnited dominated the attacking half with a 4-2 scoreline. But like all good Coastline battles, it’s always the attacking half that matters. Spacestation went out of their way to prove this and won five attacking rounds in a row, right after eU’s first defensive side victory. This is especially interesting since eUnited had hookah/ billiard to play still.

The only telling factor here is that SSG doesn’t tilt at all. They are one of the calmer and collected teams in the world, and this 5-2 deficit they had didn’t phase them at all. What’s more interesting is that SSG player Dylan “Bosco” Bosco share his opinion that ESL and Ubisoft should remove Coastline from the competitive pool next. This is certainly an interesting take, and one to follow for further discussion.

Maybe an unpopular opinion but some maps are complained about over Coastline and it doesn't make sense to me. Coast is attacker sided WITHOUT a hard breach and there is a roof you can sit on all round and hold multiple rotations. Personally would like to see Coast replaced next.

Speaking of 7-5 score lines, DarkZero had another 7-5 match on Playday 11. DarkZero results throughout this season have been tremendously close. But the issue is this happened against Evil Geniuses. DZ destroyed EG last time they met in Season 11, but this one went to the very end. So, was this a case of DZ slipping up, or EG having a good match? Well, it appears it’s a bit of both.

This consulate map was a heck of a fight. Paul “Hyper” Kontopanagiotis ace on the 9th round pushed DZ to the 5-4 mark. But the round later could have been anyone’s. Honestly, this match was way too crazy, and you must think what this result would be if it weren’t for huge misplays here and there.

What the hell is going on in this match?! @DarkZeroGG is one round away from victory! #R6PL pic.twitter.com/GC3KUFf5YW

TSM started Kafe on the attack. Given that Kafe is notoriously a defender sided map in a defender sided meta, Tempo should have got a few rounds on defense at least. However, TSM’s online success is miles ahead of the bottom of the league. The skill difference in NA means that statistical win rates don’t even matter. TSM is even scarier when they are hurt.

Reciprocity maintains their dominance this week with yet another big win. This time they dominated Luminosity Gaming 7-2 on Club House. This map felt somewhat similar to EU’s forZe vs Chaos, where one team has an attacking half despite the defensive nature of the map and meta.

However, this only tells part of the tale. Franklyn “VertcL” Andres Cordero performed so well. On the first defensive round, they had, VertcL pulled off an incredible play on church/arsenal. While LG may have shut that down, that is a sign of how good Reciprocity is. vertcL came out of that map with a 2.49, which is unbelievable rating.

On playday 12, Reciprocity and Spacestation Gaming will go one on one. The hype about this match is that Reciprocity is taking out those above and below them. SSG is a 7-5 team, and Reciprocity isn’t. However, that is just scoreline. Both teams are no doubt masters of their craft right now. The match between these two should be fantastic.

This is of course with the bonus that the NA standings might shuffle with this result. If REC wins 7-3 or more, then they will tie or technically overtake on SSG on mini-league standings. If SSG wins, they are one step closer to gaining on TSM. The NA schedule from here on out is only going to get spicier.