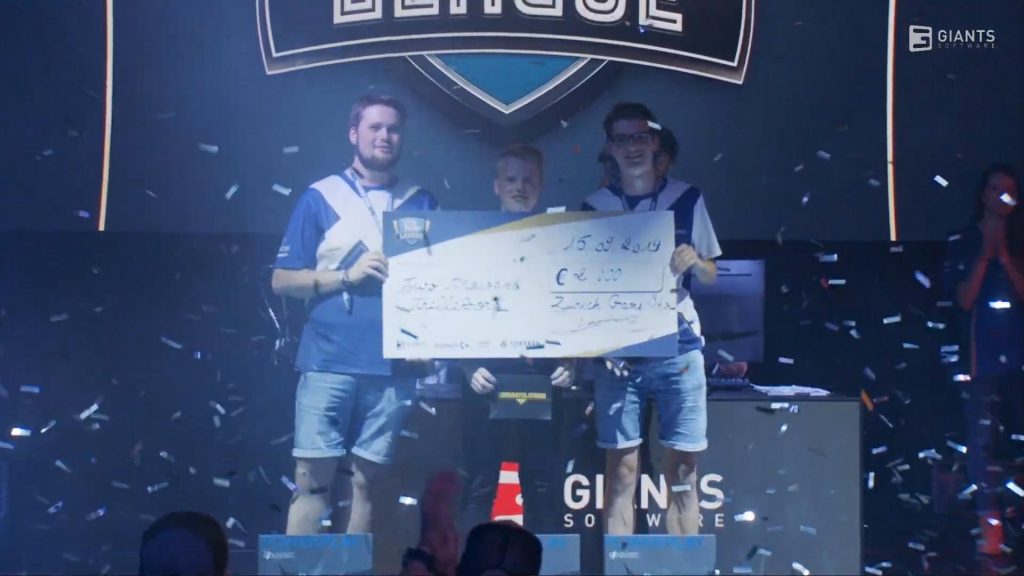 Trelleborg are dominating the first season of Farming Simulator League so far. (Image via GIANTS Software)

In a display of early-esports dominance, Trelleborg won the third Farming Simulator League tournament at the Zurich Game Show. Trelleborg took home 2,000 €, hardware from Logitech G and a 500 € Nitrado voucher.

The event ran September 13-15, with eight teams ultimately competing in the single-elimination playoff bracket. Trelleborg faced Krone in the finals. They had previously beat Krone in the semifinals at Gamescon and in the semifinals at FarmCon 19. The final scores were 844-614 and 644-534, indicating how strong Trelleborg’s grasp of the game is. They

And Team Trelleborg takes the victory once more at @zurichgameshow with 736 : 644!

This makes them the third-time champion at #FSL powered by @CortevaDE. pic.twitter.com/vhnTwOIfiE

This puts Trelleborg comfortably in first place in the circuit standings, with 270 points. Second place Krone has 170, with John Deere (who were eliminated before the playoffs in Zurich) and Landeier by Astragon in third place with 110 points each.

The competitive game has changed slightly as GIANTS Software tweaks the game to find the right competitive balance. They released Patch 1.2 on September 2, looking to change the ability to use the rush strategy, specifically. Post-patch, claiming vehicles from pods in the start of the game (post-drafting phase) requires driving the vehicle off the pod entirely. As well, an additional color indicator was introduced, green if the vehicle was untouched, yellow if it was in the process of being claimed and red when the opposing team had claimed it.  Despite these changes, rush is still possible. Krone rushed Lindner in the very opening match, snagging all the balers before Lindner could grab one.

Farming Simulator League continues to charm with its fresh approach to esports. Who knew watching competitive hay baling could be so entertaining? Alongside staple titles like Counter-Strike and League of Legends, FSL is a refreshing change of pace for anyone looking to scratch the esports itch. Check out the finals VOD on Twitch.

Trelleborg’s three-peat is an impressive feat. They’ll have an opportunity to go for four in a row at the upcoming (untitled) online event, from September 28-29.