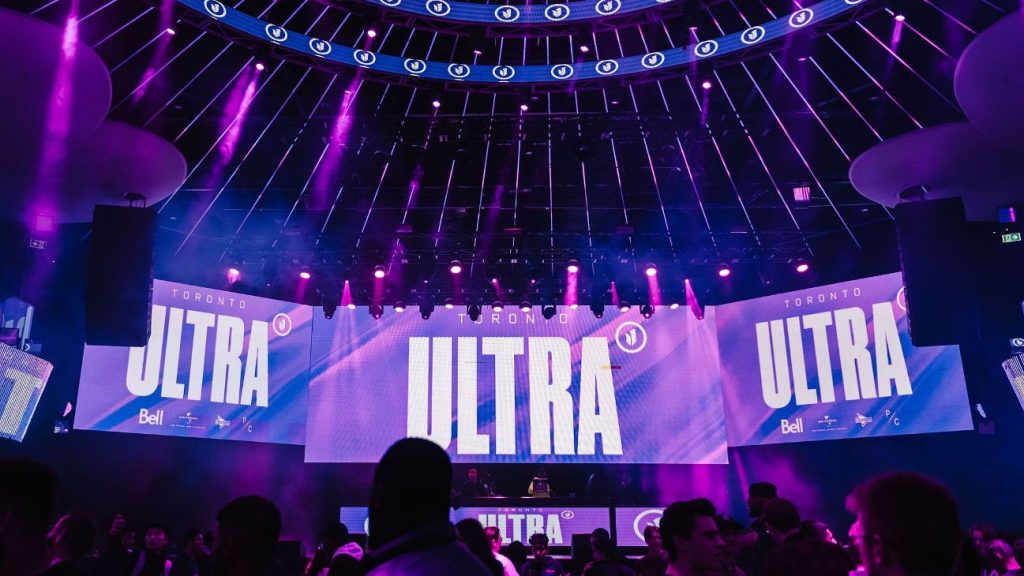 The regular season is over, and teams are now focused on the playoffs. (Photo courtesy CDL)

The Toronto Ultra Home Series ended with the first Home Series victory for the defending team. The Ultra beat three of the best teams in the league throughout the weekend and moved up three spots in the rankings and will start in the Winner’s Bracket in the CDL playoffs.

This was the final Home Series of the regular season and the last chance for teams to move up or down in the rankings. The next time these teams compete will be in the playoffs where they will be fighting for a spot in the Championship Weekend.

The Toronto Ultra had a hard time performing early in the season, but have redeemed themselves in the last few events. Toronto defeated the Atlanta FaZe in a close game five series that ended in an exciting 11th round of St. Petrograd Search and Destroy. They also defeated two other strong teams throughout their Home Series weekend and moved up three spots in the CDL standings.

Toronto’s first match of the weekend was against OpTic Gaming Los Angeles. The series began with two map wins for Toronto, who seemed to be on their way to sweeping OpTic. OpTic was able to stop them in Hackney Yard Domination and took the series to map four.

OpTic maintained the pressure and won Hackney Yard Hardpoint by a comfortable 42 points and forced the series to map five. They could not go all the way, however, as Toronto regrouped and defeated them 6-4 in St. Petrograd Search and Destroy.

Toronto’s second match of the weekend was against Chicago and involved a bit of controversy. Chicago won the first two games of the series, but Toronto won Hackney Yard Domination by four points to stay alive.

During the fourth map of the series, Chicago player Prestinni lagged out of the match, which forced the Huntsmen to finish the map without a fifth player. Toronto easily defeated the team and took the series to game five. The Ultra finished strong in the final map and beat the Huntsmen 6-4 in Piccadilly Search and Destroy.

GGs Huntsmen. So unfortunate what happened in the 4th map…

Toronto moved on to face the Dallas Empire in the semi-finals and continued to prove they are one of the best teams in the league. The first map of the series was a close Hardpoint match that Toronto won by three points. They won another intense game of Search and Destroy on St. Petrograd that ended in an 11th round situation.

Dallas refused to be swept and won the third map, but Toronto was not thrown off by this minor setback. They sent Dallas home with another nail-biting Hardpoint match on St. Petrograd. Toronto barely secured the victory with a six-point win that sent them to the Grand Finals.

The final match of the weekend was between the Atlanta FaZe and Toronto Ultra. FaZe is currently the top team in the league and a tough opponent for any team. Despite this, Toronto still managed to pull off another upset and win their first Home Series.

Toronto clutched another Hardpoint match and beat Atlanta by three points on Gun Runner. FaZe answered back, however, with a brutal 6-0 Search and Destroy victory on Arklov Peak. Both teams went back and forth in the next two maps, and each secured a map win that took the series to map five.

The final match of the series came down to yet another 11th round of Search and Destroy. FaZe had an advantage early in the final round after securing two crucial kills, but Toronto regrouped and won the round. Anthony “Methodz” Zinni picked up four out of five kills in the final round that helped Toronto win their first Home Series of the weekend.

Toronto entered the weekend in 10th place and finished in seventh. This is a vast improvement and moved them into the Winner’s Bracket in the CDL playoffs. Despite their defeat in the Grand Finals, the Atlanta FaZe are still the number one team in the league and maintained their first seed in the playoffs.

It was a hard weekend for Huntsmen fans. Chicago started strong in the Toronto Home Series but was plagued with connection issues and small mistakes that ultimately sent them home early.

Chicago played Seattle in their first match of the weekend, which was a quick 3-1 victory. Seattle came close to going up 2-0 in the series, but Chicago was able to win the second match in an intense 11th round of Search and Destroy. They maintained their momentum and did not drop another map in the series.

Chicago’s issues began when they played Toronto Ultra in their second match. The Huntsmen secured two close victories in the first two maps and were close to sweeping the home team. Toronto managed to survive the third map and beat Chicago by four points in domination on Hackney Yard and took the series to map four.

During Hardpoint on St. Petrograd, Chicago player Prestinni lagged out of the match due to inclement weather in his area. Chicago was forced to continue the map a man down as it was already past the 30-second mark and could not be replayed.

Power to my entire house went out. Hurricane Hanna is claiming the win

Toronto won the map 250-58 but took their victory in stride as they were aware of the connection issues that impacted the match. Despite these unfortunate circumstances, the teams continued to map five where Toronto sent Chicago to the loser’s bracket with a 6-4 Search and Destroy victory.

Chicago faced OpTic Gaming Los Angeles later in the day on Saturday, but they ultimately lost the series 3-1 in a surprise upset. Despite a tough ending at the final Home Series of the regular season, Chicago still secured the fourth seed in the CDL playoffs. 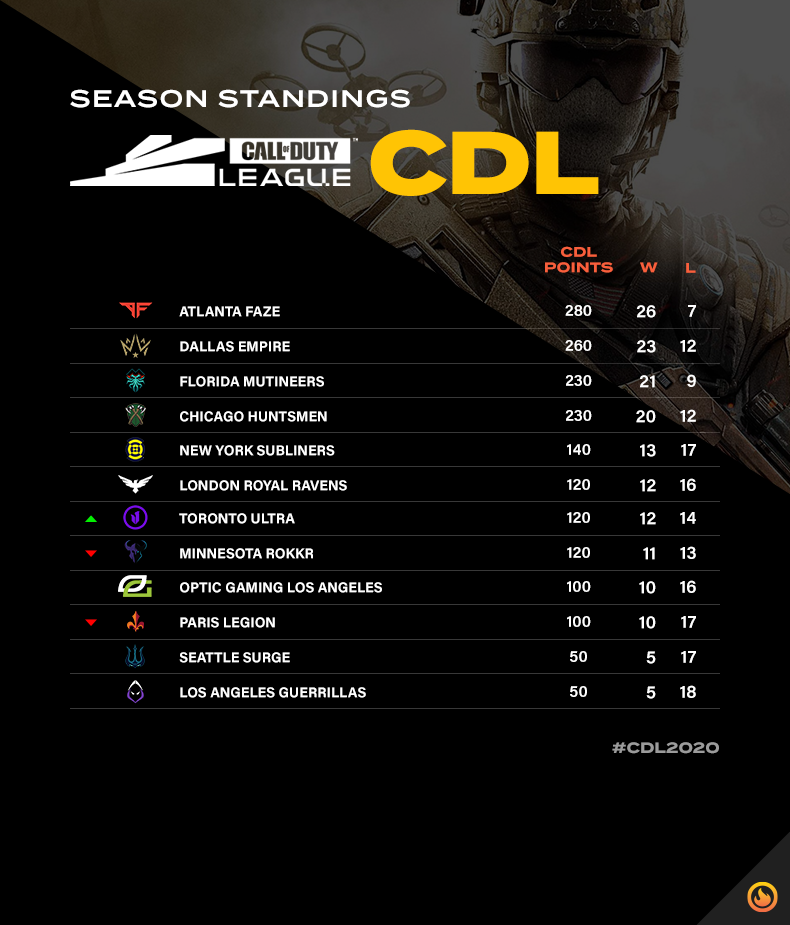 Get ready for the #CDL2020 postseason: Presenting the Call of Duty League Playoffs bracket!

The regular season of the Call of Duty League is officially over. Each team’s rank in the standings determines their seeding in the Playoffs and if they will start in the Winner’s or Loser’s Bracket.

OpTic Gaming Los Angeles, the Los Angeles Guerrillas, the Paris Legion, and the Seattle Surge are starting in the Loser’s Bracket and play on August 19th. You can watch the action live on the official Call of Duty League YouTube channel.