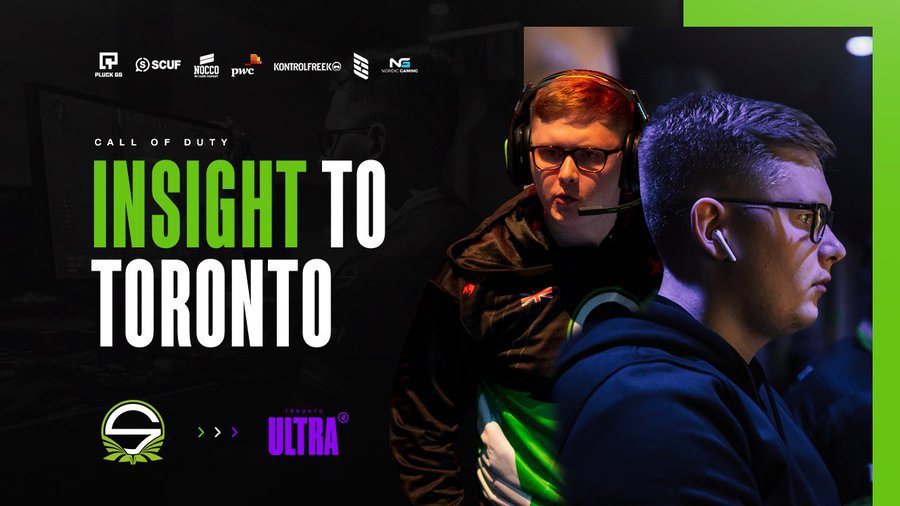 Another amateur player has made it to the big leagues. (Photo courtesy Team Singularity)

The Toronto Ultra has signed a fifth player to its 2021 Call of Duty League roster. Jamie “Insight” Craven has been transferred to the Ultra from Team Singularity, a prominent team in Call of Duty Challengers.

Insight is a talented player who has spent the majority of the past two years with Team Singularity. The team performed relatively well during the 2020 Challengers season and placed second in the Call of Duty Challengers European Finals. Insight will fill the substitute position for Toronto and fits nicely into the team’s lineup.

The Toronto Ultra recently revealed their starting lineup for the 2021 season, which includes Anthony “Methodz” Zinni, Ben “Bance” Bance, Cameron “Cammy” Mckilligan, and Tobias “CleanX” Juul Johnson. CleanX joined the team in the middle of the inaugural season and helped the team make up for its shaky performance during the first few Home Series events. The other three players were considered the core members of the Ultra, and the other six players on the roster were cut to prepare for the switch to a 4v4 format.

CleanX also played for Team Singularity alongside Insight before joining the Ultra lineup, so the two players will now enjoy a small reunion. Insight expressed his excitement in joining the Call of Duty League thanked his former teammates and organization for all of the previous support:

“I’m so happy and excited that I’m almost speechless to be honest, and I can’t wait to prove myself on the biggest stage of COD in the world! I promise I’ll do my absolute best to make you all proud.”

Team Singularity Founder and CEO Atle S. Stehouwer wished Insight the best and expressed his happiness about another player transferring to Toronto:

“I want to thank Toronto ULTRA for another successful transfer, and I hope that they will find great success in the upcoming season! I’m so proud of Jamie, and excited for him getting this opportunity to prove his talent at the top level, and I’ll be his biggest fanboy. Best of luck Jamie, stay humble, keep smiling, take care, say hi to Toby, and best of luck in CDL.”

The Toronto Ultra now has a full roster for the 2021 season and are ready to compete.