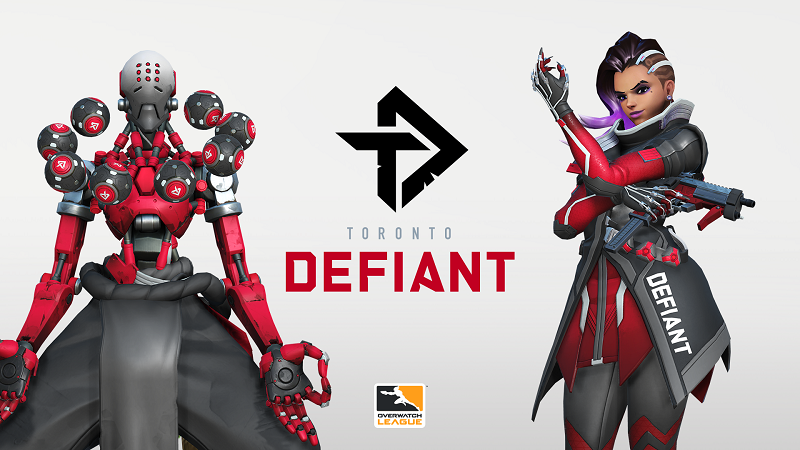 The eight expansion teams in the Overwatch League are slowly announcing their branding in the lead up to the second season. Toronto was next on the list, as the team unveiled their name Wednesday evening: Toronto Defiant.

Un an intimate setting of 350 fans in downtown Toronto, the team announced their branding – including their name, logo and colors.

“We’re a city, and a country in fact, made up of peoples from around the world, and as a result, the city has a certain resilience to it, a certain grittiness to it I think that really can’t be denied,” said Chris Overholt, the president and CEO of team owners OverActive Media. “That really started to define the conversation as it came to Defiant.”

The logo itself uses the “T” and “D” from the team name to create a clean, simple representation for the Defiant. The primary color will be black but uses red and white as secondary colors to represent the Canadian flag.

“Obviously, red and white mean something to the nation of Canada, so that wasn’t lost on us,” Overholt said. But as we looked at the game and we looked at the heroes inside the game, we imagined how our colors would come to life as skins on those heroes.”

The second season of the Overwatch League will open on February 14, 2019.