Toronto Defiant: The Esports Kings of the North 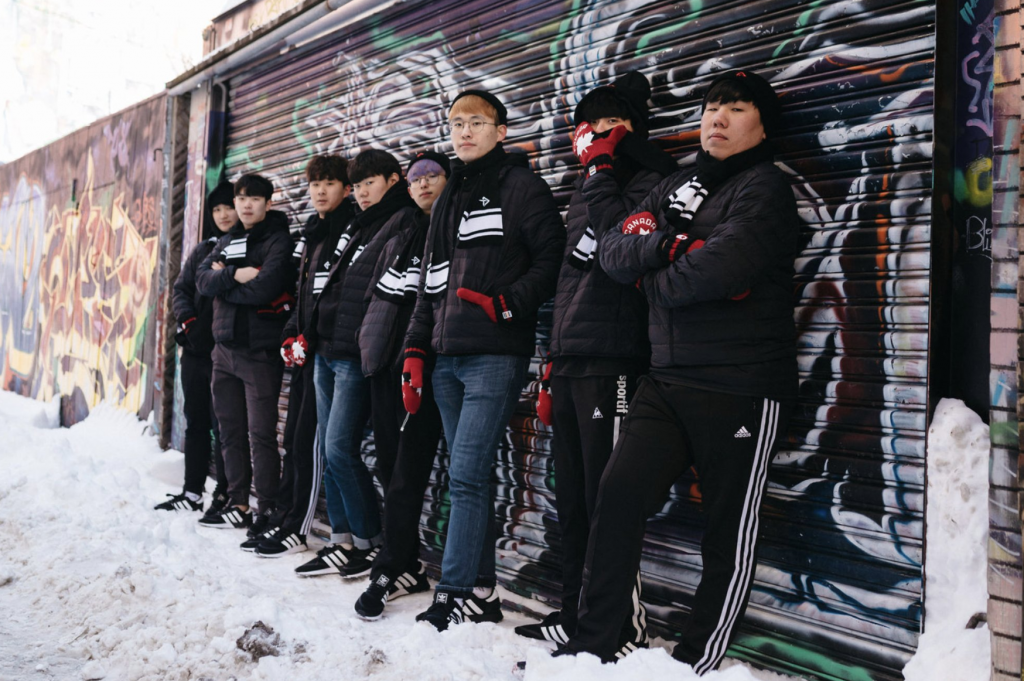 We spoke with some of the players from the Defiant to hear about their first impressions of the Canada and what it means to represent the Great White North. (Photo courtesy the Toronto Defiant)

When the news broke that the Overwatch League would have its very own Canadian team, Canadian Overwatch fans across the country to have a home team to cheer on. Canadians have systematically been under-represented in traditional sports such as the MLB so it goes without saying that most Canadian esports enthusiasts were excited to see that we would finally have some representation in the OWL.

The Toronto Defiant, represented by their black, red and white colors and the symbolic CN tower in their logo, visited Toronto to meet with fans and explore this great city. We recently had the chance to speak with some of the players from the Defiant to hear about their first impressions of the Great North and what it means to represent Canada in the Overwatch League.

Taste of the North

Like most people exploring Canada for the first time, there’s a large emphasis placed on our cuisine. We’re world famous for our delectable Ketchup chips and our morning starter the Tim Horton’s Double-Double but when it came to what the Toronto

Defiant players wanted to bring back with them to L.A, the answer was a little divided! Jae-yoon “Aid” Go admitted that the one food he wished they could bring back with them to L.A was the poutine.  Jun-sung “Asher” Cho really loved his Double-Double although he found it a bit sweet. But for Joo-seong “RoKy” Park he enjoyed all the of food, making a point to mention how good the food at The Hive Esports Centre was and how well-seasoned all the food was during their stay in Toronto.

There were a few comments on how everything has ranch on it and we honestly don’t have an answer as to why that is.

The Spirit of Canada

When the question was posed how will the Toronto Defiant extend the types of interactions we’re doing in Toronto in LA, Beom-joon “Bishop” Lee and RoKy admitted that nothing would compare to what they were doing during this first trip to Toronto. While the issue of geolocation will be fixed in next year’s season of the Overwatch League, for now, the Defiant are focusing on spending any free time they have during Season 2 back in Toronto particularly between stages. Bishop and the Defiant team recognize that building a fan base takes time and being in L.A will put a strain on their interactions with their fans. Keeping their connection with their fans digital, the Toronto Defiant Discord server is a great way for the players and members of management to keep in contact with the fans.

Hotspawn’s own Gillian Linscott poses for a picture with Toronto Defiant’s RoKy.

The Toronto Defiant is not the only team joining the Overwatch League this Season and we were curious as to how the Defiant would set themselves apart from the rest of the teams – especially the Vancouver Titans. For Bishop, his focus is on creating synergy between the teammates and reminding players of the bigger picture. It’s a direct focus on growing and learning that stands to build the players and fans together.  In essence, it’s about #RiseTogether. For Neko, #RiseTogether means to him that he will help propel through the power rankings. Similar to Neko, Asher believes that the amazing teammates and staff helps him focus on being confident with the Defiant. Bishop also believes that by keeping a smaller team size, the Defiant can focus on building a close-knit team and avoid any in-house competition between players.

The Toronto Defiant will have a head start on other teams if they remain focused on continuing to build their relationships with their fans in Canada. All the players want to see a Canadian Battle of the Overwatch League teams with Vancouver Titans and that sure to build the fanbase and Canadian competitive spirit. With such a looming responsibility of representing Canada for the first time, we posed the team with one final question – how do they feel going into Season 2? For Neko, he wasn’t worried or nervous about this Season. He has the experience from last year to guide his nerves and he confidently told us that, “I’m always good. I’m not worried at all”. Winning or losing, Neko’s believes that “the most important thing is that we learn from it”.

We hope that the Toronto Defiant perform well in Season 2 and that they continue to push towards the bigger picture. Be sure to check out their first matchup against the Houston Outlaws on February 15th at 7 PM EST.