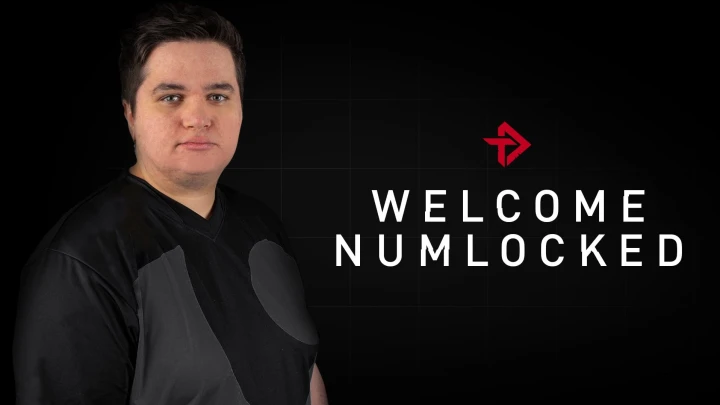 The Toronto Defiant announced on Wednesday that they have signed British Main Tank player Seb “numlocked” Barton. The 27-year-old player is a seasoned esports veteran who formerly competed in the Overwatch League with the Los Angeles Valiant from 2017-2018. After nearly two years of hard work and dedication grinding it out on Tier 2 Overwatch teams, he has finally earned his way back into OWL with the Defiant.

Join us in saying hello to our newest member! We're excited to announce that @numlocked is joining our tank lineup as a PLAYER 👀 – pending League approval! #RiseTogether #OWL2020 pic.twitter.com/Ix27iSFwDk

There were rumors that the Toronto Defiant were considering hiring Numlocked as a coach, however they signed him as an active player. As of now, it is unclear if Numlocked will be taking Adam “beast” Denton’s starting position as Main Tank, or if he will be an alternate.

Numlocked started his Overwatch career all the way back in late 2015, when he was signed to G2 Esports earliest Overwatch squad. Since that time, he has competed for a number of notable teams, including NRG Esports, the L.A. Valiant, and the British Hurricane. Numlocked also played for the British World Cup team in 2016 and served as a member of the UK world cup committee in 2017.

Numlocked most recently played for the Defiant’s academy team, the Montreal Rebellion. He was signed to that team in March, where he briefly competed before it was shut down completely following the onset of the global COVID-19 pandemic. Since his release from the Rebellion, Numlocked has been streaming and looking for a team. Today he finally got his ticket back to the big leagues.

thank you guys all so much for the positive comments, really means a lot. worked really hard to get back here with british hurricane, envy, and montreal rebellion. time to keep that hard work up =)

Toronto has had a tumultuous OWL season 3. In mid April, the Defiant’s head coach Félix “Féfé” Münch retired, forcing them to reorganize and rebuild their coaching staff mid-season. Making things even worse, Toronto Main Support Kristian “Kellex” Keller also retired in early May. The team os currently sitting on a 4-8 record and are ranked #16 in the league. Perhaps Numlocked can bring a new energy and help Toronto turn things around going into the upcoming OWL Summer tournament series.

OWL competition will return from a brief hiatus on Saturday, June 13th.